Daymare: 1998 by Destructive Creations and Invader Studios is a third-person survival horror title that’s heavily inspired by the classics of the genre. Find out if it’s worth diving into in our Daymare: 1998 review! 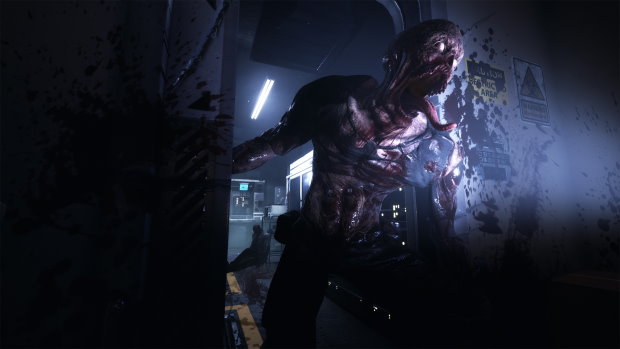 The story starts with you controlling a member of one of the two H.A.D.E.S. (Hexacore Advanced Division for Extraction and Search) teams sent to the Aegis Laboratory for an investigation. It’s been 12 hours since the last communications were sent from someone there, talking about a gas leak that turned everyone into monsters. Your mission is to get there, find any missing researchers to kill them, and retrieve that same gas that turned those people. Soon after going in and encountering a few of the zombies, you’ll come across a Japanese submarine with biohazard symbols on it, which will spark some doubt in your mind about what’s really going on in this laboratory. The rest, you’ll have to find out as you go deeper in the story, I wouldn’t want to spoil things here.

The game plays in a third-person perspective with an over-the-shoulder camera that reminds me of the perspective in the 2018 version of God of War. You move with the left analog stick and look around with the right one. Holding the L1 button will make your character jog, and if you press on the L3 button on top of it, you’ll run. You aim your gun with the L2 button and shoot with the R2 button, which is pretty standard in games like this. The touchpad allows you to access the map, your status, the documents you found, and your inventory. The inventory is likely the section that will be the of most use as it allows you to refill your gun’s ammo. 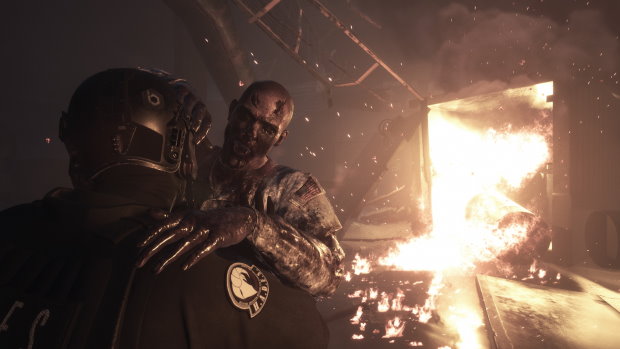 You see, this game differs from traditional gun reloading that is simply done with the press of a button. Instead, you are swapping magazines that you will have to reload later on. To reload, you’ll press the Triangle button and then either press or hold the Square button for a fast or slow reload, respectively. A fast reload is pretty useful in the heat of the action, but what it does is that your character will swap the gun’s magazine and throw the one you had on the floor, which you’ll be able to pick it up afterward. A slow reload is the same, except that you take the time to properly store the ammo magazine.

It would be easy to try to compare this game with the recently released remake of Resident Evil 3, but we’re obviously not talking about the same kind of game budget. Although not as awesome as Capcom’s remake, the game still has some decent graphics on PlayStation 4 that are easy on the eyes. A solid job was done on how the game’s lighting works, which definitely adds to the overall atmosphere of the game. Lots of narrow corridors also contribute to the feeling of danger being around every corner.


An isolated place, experiments gone wrong turning people into zombies, an elite soldier team with a five letters acronym… does all of this sound familiar to you? There are a lot of similarities to the Resident Evil franchise, which is not surprising as the game is inspired by all the classic titles that made the survival horror genre. From that point of view, you could say that it’s also case of “been there, done that,” but with the popularity of Capcom’s recently released remakes, we can see that people definitely have an interest in old-school survival horror games. 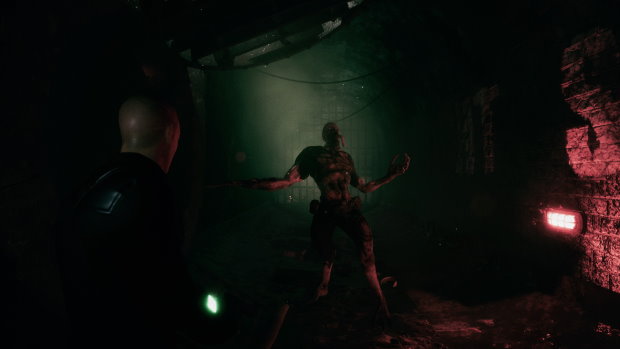 From my point of view, it was a lot of fun going to Aegis Laboratory. The atmosphere is creepy, and zombies don’t allow you to move too far without noticing your presence. Although I wasn’t sure at first about this one after playing the tutorial, I ended up really enjoying the reloading system with how magazines are handled. It’s the first game I remember putting a semi-realistic twist to gun reloading, and it contributes a lot to make the game stressful because when you’re in action and have to reload, there’s always a moment of hesitation where you’re not sure if you filled up your magazines. And even though it’s not the most original story out there, it’s still fun to collect documents and all the lore that contribute to making you understand what’s going on.


As for the trophies, the vast majority will come naturally while playing the game, such as slow but surely reloading your weapon a hundred times, but there are a few ones that could turn out to be tricky. For starters, you’ll have to complete this one on Daymare difficulty, the hardest one that the game has to offer since enemies are harder to kill, and ammo is more limited. Then – maybe not in the same run – you’ll have to finish the game in four hours or less, and there’s also a trophy for finishing the game without dying. But if you can get through all this, the Platinum trophy will be a well-deserved one! 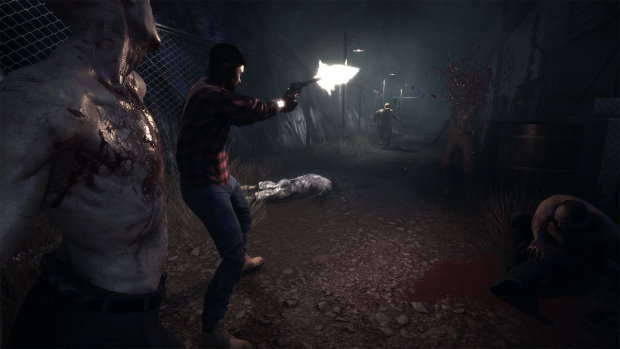 Daymare: 1998 might not be a game of the year contender, but it does a good job of honoring the classic survival horror titles. There is definitely a lot of fun to be had for fans of the genre, and newcomers might be surprised by what the game offers since it does have a certain level of polish and more than enough content to enjoy on PlayStation 4.