In Concept Destruction on PlayStation 4 from Ratalaika GamesRatalaika Games and Thinice GamesThinice Games, you will be taking on a physics-based arcade-style racing game that puts you behind the wheel of small miniature cars that are made out of cardboard. You’ll be racing over small arenas as you try to destroy all other cars around you. The better you do as you play – and the more you play Concept Destruction – the more points you will obtain, which will allow you to unlock new cars to take out for a spin. 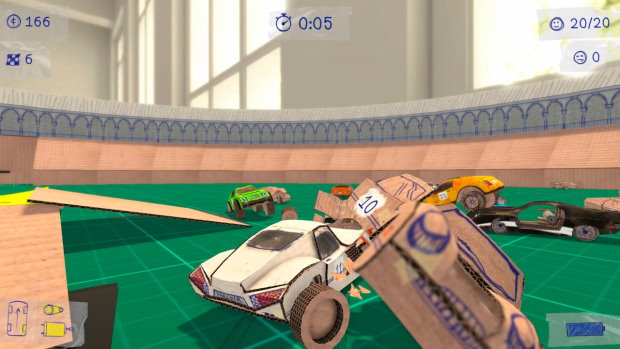 Concept Destruction offers different modes for you to play on. There’s Championship Mode, which will take on a series of events against other concept cars as you try to literally destroy the competition to prove you’re #1. You can also take on a single event for a quick dive into mayhem, either on your own or with another player for some hectic local multiplayer fun. There’s also the Survival Mode, which is an endless mode in which you’ll go up against other cars as you try to stay in one piece for as long as possible. 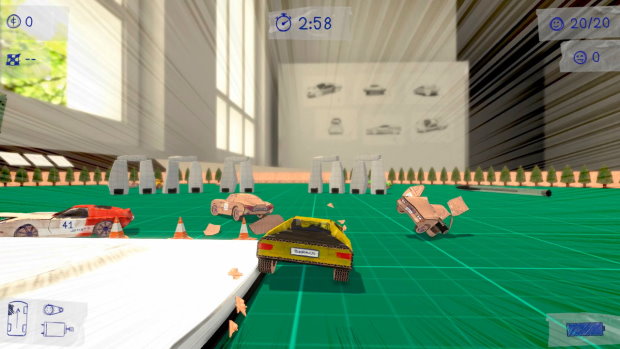 Before you take on the game itself, I do suggest that you check out the Concept Destruction School Mode to learn the basics of the game. In here you will get to complete a handful of lessons showing you what you need to know about Car Control by driving around a small course; Damage Control by accelerating and then crashing into another car at full speed to try and destroy it before a minute has passed; and No Control, a lesson in which you’ll have to flip over your car to continue racing. 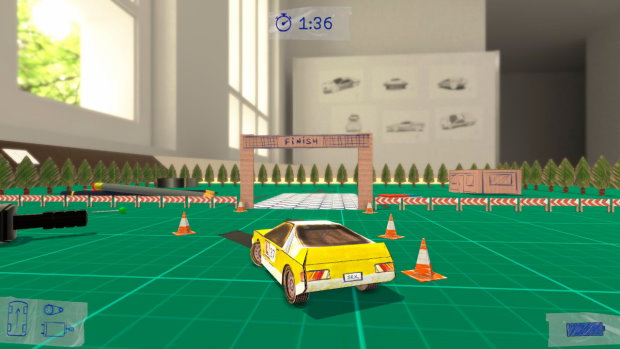 Unfortunately, the physics engine for Concept Destruction was a bit too much for the good old PlayStation Vita to be able to handle all of the action, making the poor console chug along at single digits for its framerate. That means this is only out on PlayStation 4, but the good news is that it does have a full trophy list with a Platinum! The list of objectives you have to complete on your road towards unlocking that Platinum trophy for your collection includes things such as destroying a rival car, surviving for three minutes in Survival Mode, driving for more than five minutes in the Tourist Mode, and winning the Championship. 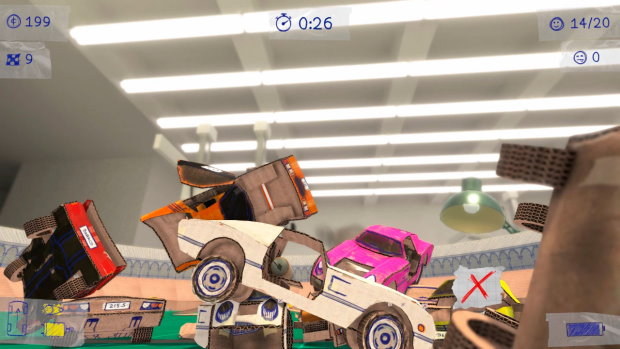 Concept Destruction is a fun physics-based destruction derby-style racing game on PlayStation 4 that is entertaining in short bursts, as well as when playing against someone else. It’s an easy to understand game for players of all skill levels, and a budget release on Sony’s console at only $4.99, with a Platinum trophy for trophy hunters to aim for.