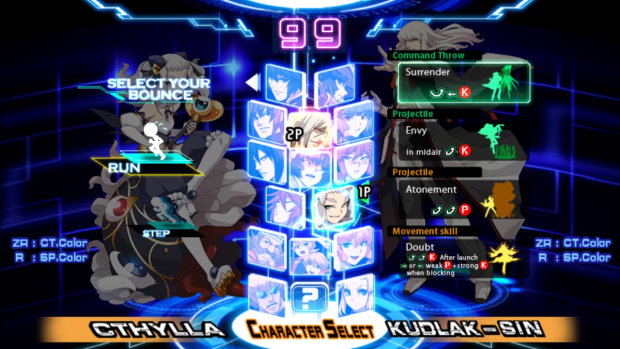 “Chaotics” has become the sole source of energy for the entire world, but the inventor of Chaotics, Dr. Tesla has suddenly disappeared and left the mysterious words, “CHAOS CODE” behind. The United Earth government has tried desperately to cover up both the scientist’s disappearance and his cryptic message, but the information had already gone viral.

The United Earth Government was left with little choice but to offer a bounty to anyone who could solve the mystery behind the doctor’s mysterious last words.

What exactly is “CHAOS CODE”…? Individuals from around the world take up the challenge, each with their own agendas. Some seek to control the power of Chaotics, others seek to wrest control from the government, and many are in it for simple financial gain. Thus, begins the fight for the “CHAOS CODE”!


Along with some rebalancing and other revisions, the move from the original version of the game to the Chaos Code: New Sign of Catastrophe also introduced two new characters to the lineup: Ray and Lupinus. Thanks to this, there are now 16 characters in total for this Nintendo Switch release, which is a solid lineup that offers something for every fighting style main. The other 14 fighters are Hikaru, Kagari, Cerberus, Kudlak-Sin, Celia, Vein, Celia II Kai, Hermes, Catherine, Cthylla, Bravo Peperoncine, Cait and Sith, and Rui. 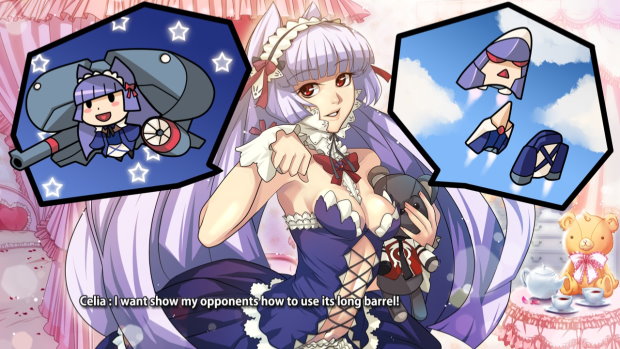 Something that sets Chaos Code: New Sign of Catastrophe apart from other fighting games is that once you’ve picked your fighter, you will also get the option of picking to additional skills to use in battle. These can include things such as a follow-up attack, a strike attack, or an anti-ground attack, and will be offered as a mix of regular attacks or special attacks, which are added to your character’s regular arsenal. As a bonus, since the action is presented as a 4:3 area in the middle of your 16:9 display, each character’s special moves set will be displayed on their side, allowing you to pause the action and get a quick look at the command list at your disposal.


Your character will move on a 2D plane, and you can use the left analog stick or the D-Pad for this. Blocking is a big part of fighting games, and you can do this by pressing the left analog stick or the D-Pad in the direction of your character’s back. You have a weak punk, weak kick, strong punch, and strong kick, which are mapped to the Y, B, X, and A buttons, respectively. You can also combine these attacks for different effects, which is why the L, ZL, R, and ZR buttons can be used in place of pressing A+B, C+D, B+D, or B+C. These include using one stock of your Chaos Gauge to perform a guard break, consuming half a stock to use a tactical guard, or using up three stocks to activate Exceed Chaos, during which your stun gauge is reset to zero, and moves that would consume the Chaos Gauge can be used over and over. 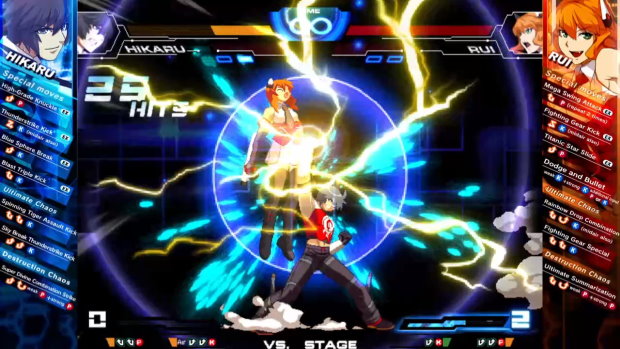 The game includes an Arcade Mode, which is basically the story mode for Chaos Code: New Sign of Catastrophe since it’s a single-player experience that focuses on each character’s story in the Chaos Code universe. Vs. Mode is the classic Vs. battles you know and love, that pit a human player against the AI or against another human player in couch multiplayer action. Survival Mode has you try and fight as many opponents as possible in one go without losing a single round. Practice Mode allows you to practice each character’s move sets and potential combos. Mission Mode presents specific missions for each of the characters in the game. Score Attack Mode is a single-player option in which you’ll battle against the AI to try and achieve the highest score possible. 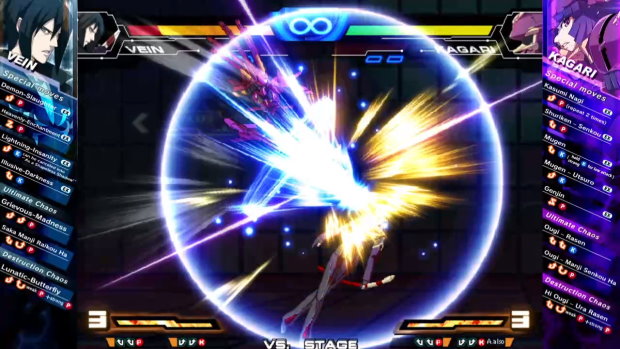 As you play the game and complete each character’s Arcade Mode story, endings and other miscellaneous content will be added to the Collections section for Chaos Code: New Sign of Catastrophe. Playing the game will also net you some Chaos Coins, which you can use in the Collections section to unlock additional images, as well as additional stages, extra custom colors for all characters, Boss Version characters, EX customization settings, and even a bonus game! The bonus game is Rui’s Farm, a mini-game in which you are tasked with harvesting the crops on the farm to obtain enough money to clear the level. Along with this, each stage will have bonus objectives to complete so that you can obtain stars that will boost your high score. 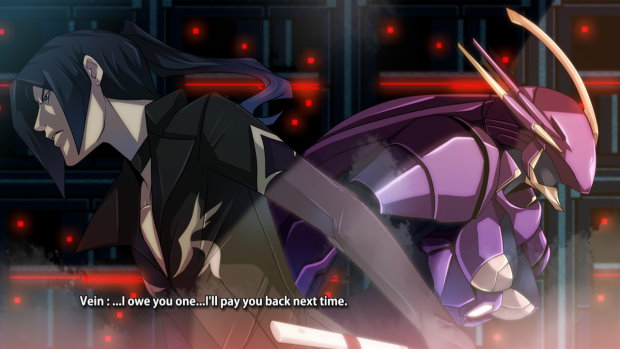 Chaos Code: New Sign of Catastrophe is a great fighting game option for Nintendo Switch owners with plenty of modes, 16 fighters, unlockable content, and even a bonus mini-game that is a lot of fun! The characters have a lot of flair and personality, their move sets are easy to use but hard to master in battle, and each character can perform a chain combo by pressing the attack buttons in order so that players of all skill levels can take this one for a spin.

Kholat Out Next Week