[Beyond Playstation] Arrest Of A Stone Buddha Review


Arrest of a Stone Buddha from Circle Entertainment and yep places you in the role of a hitman in France during the 1970s. It’s November 1976, and you’ll be making your best Hard Boiled impression as you shoot at everyone to your left, right, or on both sides of the screen. Dozens and dozens of opponents will run in from both sides of the screen while your character slowly walks forward with a slow pace that would put a turtle to shame. If this is starting to sound to you like one of those “love it or hate it” types of games, you’d be correct! 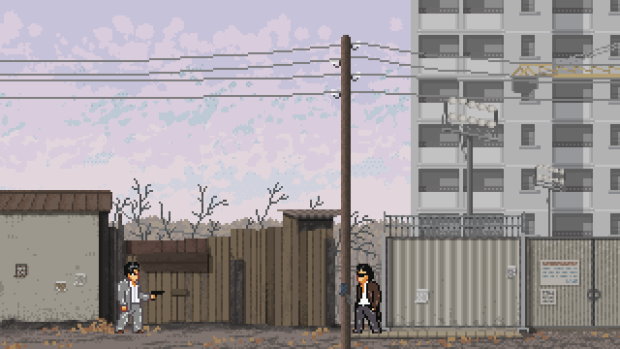 For this 2D action game, you’ll be moving around with the left analog stick or the D-Pad, aiming with the R button, and shooting with the A button. If you need to get physical, you can kick with the B button. When your gun runs out of bullets, you can just disarm one of your opponents, taking their gun to quickly continue with the killing. Each scenario you play through will have its own weave and flow, so you should pay attention to all opponents so that you can find the right rhythm for shooting at them, kicking, and removing their weapons. You kill with one shot, but your enemies can also end you in a blink. Pay attention to from which side an enemy is about to shoot, press down on the D-Pad or the left analog stick, and your character will target and shoot at it when you press the R button. 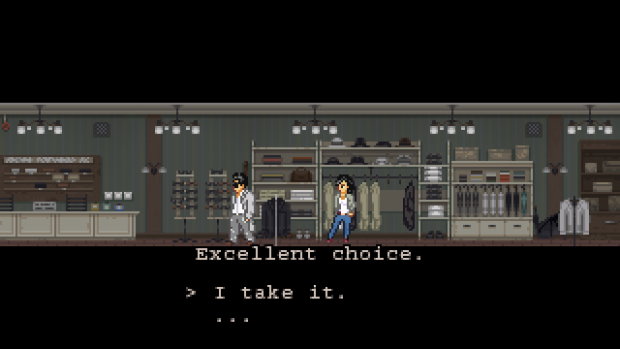 Action is only one part of the equation because between all of the action sequences, and after killing what feels like hundreds of coordinated movie extras, you will eventually reach a story segment during which you’ll get to learn a bit more about what is going on around your character. You’ll be partaking in more regular activities such as eating, relaxing at a museum, or just getting some much-needed sleep. It’s an interesting way of breaking away from all of the killing, the shooting, the disarming people, and breaking their arms. 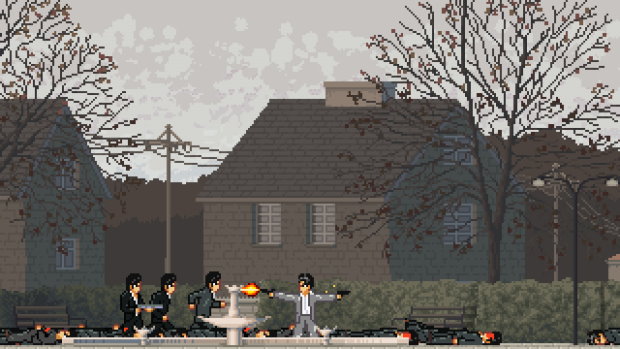 Arrest of a Stone Buddha is a love it or hate it type of game with slow-pace action sequences and some equally slow-paced more laid-back sequences. There’s going to be a lot of trial and error on your end during the first handful of action sequences as you learn the pace at which you should take on gunfights so that enemies don’t overwhelm you. It’s a different slice of gaming on Nintendo Switch, and it’s out now for $14.99. 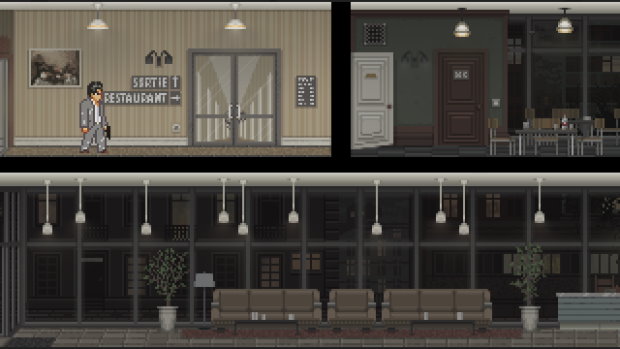