In Archaica: The Path of Light by Drageus GamesDrageus Games and Two MammothsTwo Mammoths, you’ll take on the role of the Light Bearer. As the name suggests, your task will be to control the path the light will take as it travels from location to location, solving some tricky but fun puzzles along the way. For this, you will manipulate the devices in each spot on a grid-based area as you explore ancient locations. The light is the key to opening the secrets of the long-gone mysterious civilization. The hieroglyphs you find will help you to understand your path. Activate the Lightwell with the power of light, and you’ll be able to finish each puzzle. 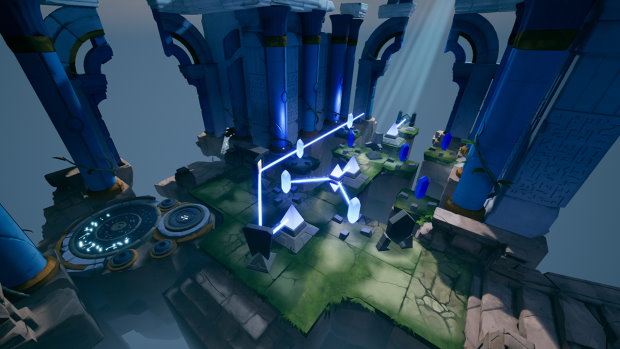 For Archaica: The Path of Light, you’ll be making the most of the different mechanisms you can use to control the path the light will take in each level so that you can activate the required triggers. These include the Tesseract, which deflects the path of light, the Divider, which splits the laser into two different beams, the Converter, which changes the light’s color, the Teleport, which will move the light to another Teleport, or the Spherule, which will have an effect on a level’s layout by switching things around. 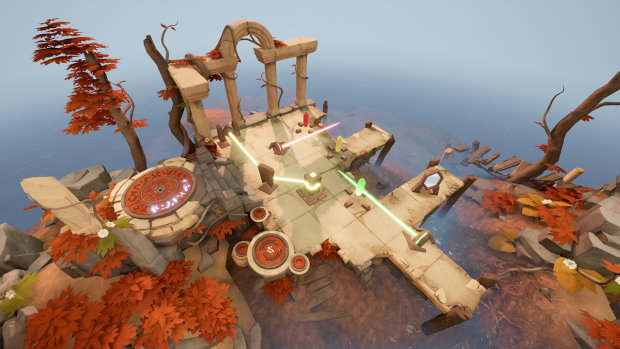 The controls for this relaxing puzzle game are simple and to the point. You’ll move your cursor over the level with the left analog stick or the D-Pad, moving the camera with the right analog stick so that you can get the best view possible for each puzzle that you’ll have to solve. You can quickly center the camera with the X button as needed. You can select a device with the A button, or cancel out with the B button. As for rotating each device, this is done with the L and R buttons. You can also swap devices by selecting one and then placing it on top of another, which will greatly speed things the puzzle solving. 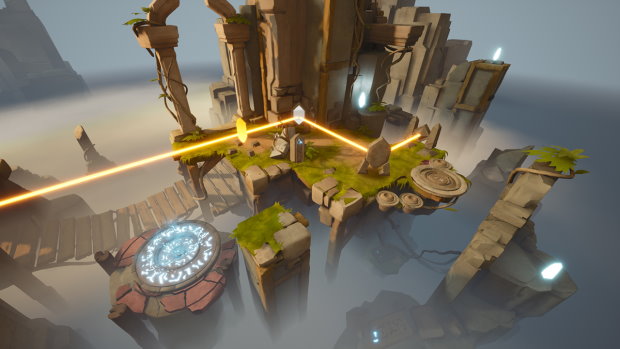 If you ever feel stuck, you can use cells to charge the Sacred Spot. The Sacred Spot can be used to add hints to the current playing board so that you can get a nudge in the right direction and carry on with your journey as the Light Bearer. Each cell that you find will grant you one hint, and once all cells are depleted, you will need to wait for the Sacred Spot to recharge on its own, which will happen once you have found all the crystals on the board. Be sure to move the camera around, because some of the cells will be placed outside of the regular view for the puzzle! 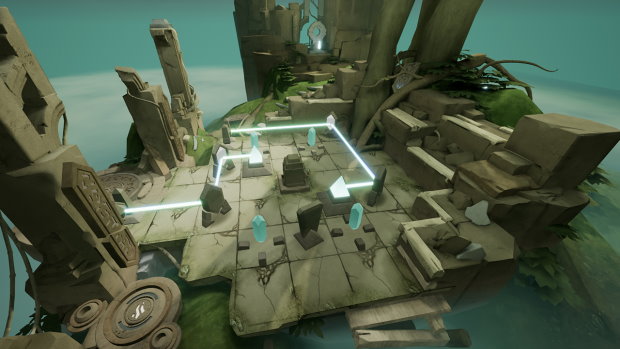 Along with searching for cells to charge up the Sacred Spot, you should also keep your eyes peeled for any of the hieroglyphs that Archaica: The Path of Light hides in each of its stages. Find all for that particular level, and you’ll be able to get one new piece of data for the Almanach, which will help you to better understand the civilization you’re researching in your journey as the Light Bearer. Everything you do will also be registered at the Totem, where you can unlock a series of in-game achievements for your efforts. You can, for example, get one for collecting 15 cells, or for completing 40 levels while finding all collectibles. 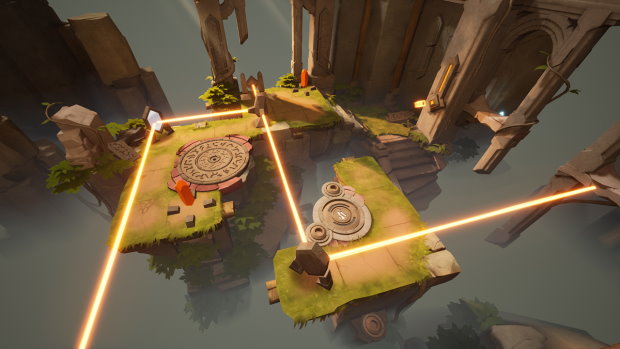 Archaica: The Path of Light is a fun puzzle game with easy to understand gameplay mechanics. New elements are added at a steady pace as to not overwhelm players. Puzzles don’t have a timer, so you can take on each one at your own pace, completing one or a handful at a time, favoring both short bursts of gaming as well as longer sessions, offering many hours of entertainment. Archaica: The Path of Light is out now on Nintendo Switch for $14.99.

Disclaimer
This Archaica: The Path of Light review is based on a Nintendo Switch copy provided by Drageus GamesDrageus Games.