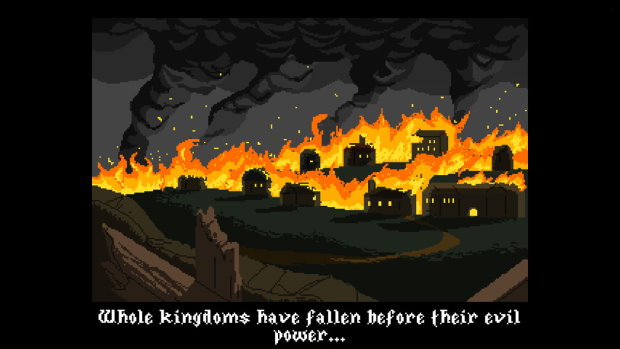 You are the greatest knight that’s ever lived, a knight with honor, who must do whatever it takes to defeat the evil horde that is destroying everything in its path. You must use your skills and power to save the day and put a stop to all of this before it’s too late. You will explore each of the game’s levels, searching for three demonic symbols to destroy, as well as one villager to free from its chains, in a fun 2D action platformer set up with a colorful presentation and solid gameplay mechanics. 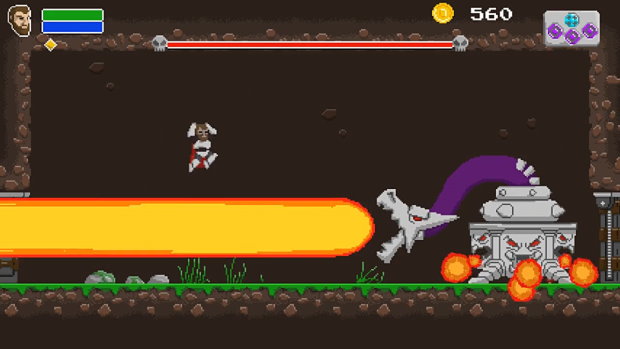 You will move your knight around with the left analog stick or the D-Pad, attacking with the Y button, jumping and double jumping with the B button. Once you unlock some spells, you’ll be able to use your blue magic bar, which is placed right below your green hit points bar, to cast powerful spells such as conjuring fireballs out of thin air, to make short work of your opponents. You can also transform into a super knight golden form for a few seconds by pressing the X button so that you can make the most of your invulnerability and much higher attack power. 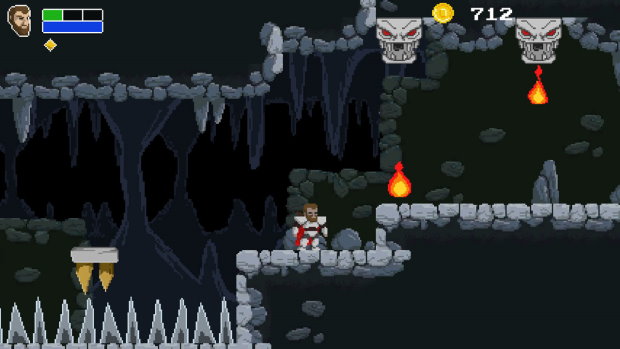 Along battling against possessed knights and demons of various shapes and sizes, as well as huge bosses that pack a punch, you must also avoid hazards such as very sharp wooden spikes or deadly spinning blades. You will need to learn more about each enemy’s movement and attack patterns so that you can use your weapons and the spells you unlock to destroy every single one of them as you try to avoid receiving too much damage. The more enemies you defeat, the more coins you will collect, which can be put to good use at the shop. 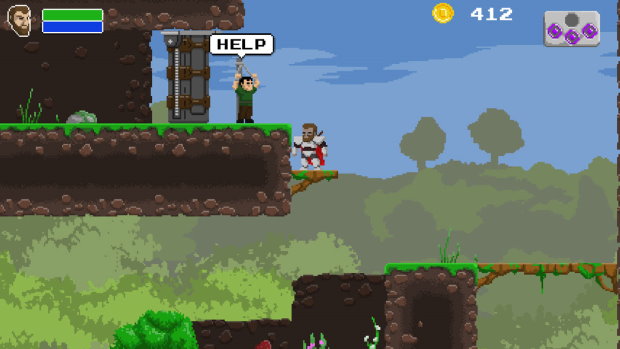 Once you find a merchant with a shop, you’ll be able to buy small or big life potions, mana potions, and golden potions. Life potions will help you recover some of your lost health, while mana potions will do the same for your magic meter. Golden potions will recover some of your transformation charges so that you can once again use the super knight golden form as needed. There are also some pricy upgrades you can purchase for your knight, which will increase your hit points limit, your mana limit, and your super knight golden transformation limit You can also increase the coin drop rate, increase how long you’re invincible after being hit, increase the chance of getting an item drop after defeating an enemy, or boost the time your super knight golden form transformation last for. 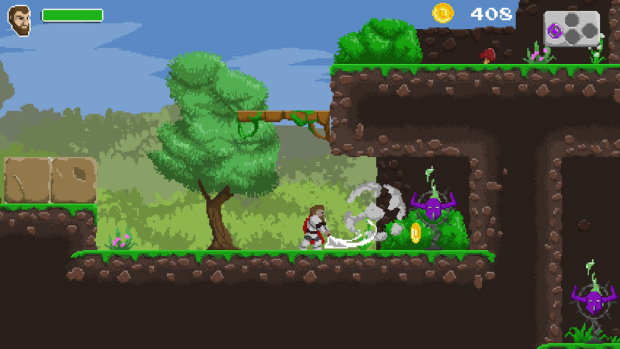 Aldred Knight is a fun, bite-sized action platformer on Nintendo Switch that is definitely going to provide you with more than enough fun at its budget $1.99 asking price. It’s not going to set the genre on fire, but it’s a good game to have fun with between larger adventures.

Disclaimer
This Aldred Knight review is based on a Nintendo Switch copy provided by QUByte Interactive.

Monster Prom: XXL On Its Way To Nintendo Switch