8-Ball Pocket from SuperPowerUpGames is a new take on billiards on Nintendo Switch. Learn more about it in our 8-Ball Pocket review! 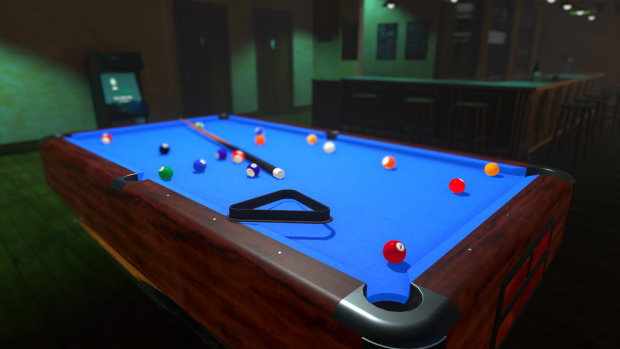 8-Ball Pocket from SuperPowerUpGames brings the game of billiards to Nintendo’s console. For those of you new to the sport, it’s a game of skill in which a cue stick is used to hit a white ball, called a cue ball, that will then be used to hit the other billiard balls on a cloth-covered table. The goal is to hit the balls to send them down into one of the six pockets on the table. 8-Ball is the variant you’ll play in 8-Ball Pocket, which is why balls will be numbered from 1 to 15, with seven solid-colored balls, seven striped balls, and the black eight ball. There are many rules variations, but the classic rules state that a player will have to clear its balls – be they solid-colored or stripped – by sending them into one of the six pockets on the table, before “calling” a picket to which the final eight ball will be sent. 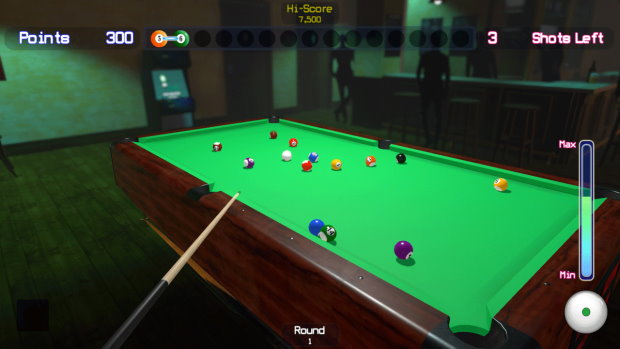 The game’s table is set inside of a bar with some posters on the wall, and arcade machines on the walls. As for what 8-Ball Pocket has to offer, there’s Arcade, Versus, and Training modes. Training is the first one you should take a dive into so that you can practice things. Arcade is the main attraction since it’s the mode in which you’ll have a set number of shots to try and get as high a score as possible as you send all balls into each of the pockets, making the most of the bonus points you can get by performing things such as taking the same shot several times in a row, banking a ball, and more. As for Versus, it’s what you’d expect going from the name since you’ll be enjoying a game with up to four players, and you can set things up to play in teams against AI as well. 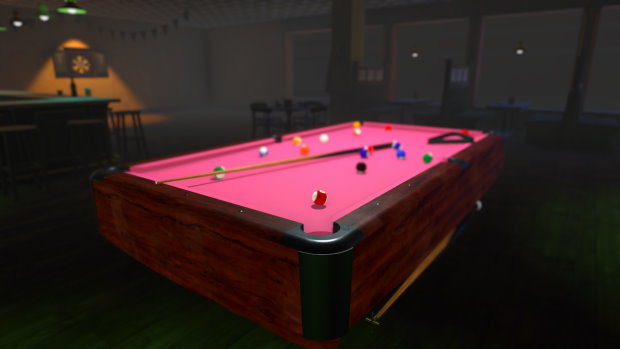 You can aim with the left analog stick and move the camera around with the right one. You can fine-tune your aim with the L and R buttons for some precision aiming to line up your next shot. You can take a regular shot with the A button, and you can increase or lower the overall strength for your shot by pressing the X and B buttons, respectively. There’s also the option of you to apply an effect to your shot by pressing left, right, up or down as needed on the D-Pad, which will change where you’re going to hit the ball. 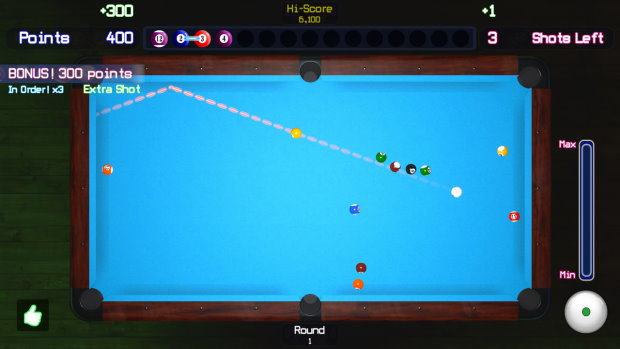 8-Ball Pocket is a fun take on the sport on Nintendo Switch as a solid option at a low price, offering single-player and multiplayer modes for up to four players, with easy to understand controls and gameplay mechanics for quick pick up and play sessions. 8-Ball Pocket is out now for a budget $5.99 asking price. 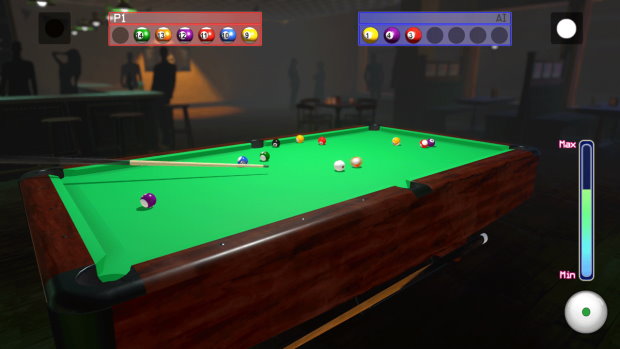 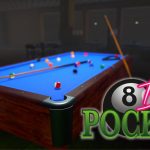 Disclaimer
This 8-Ball Pocket review is based on a Nintendo Switch copy provided by SuperPowerUpGames.