We’re working on a review for Sky Racket, so I got in touch with Double Dash Studios to talk a bit about this Nintendo Switch game. Come check it out!

PS4Blog: Hi! Welcome. Can you please tell our readers a bit about yourself and your work?

Jandê: Hi, my name is Jandê Saavedra Farias. I am a Creative Producer at Double Dash Studios and worked as the Art Director on our first commercial game, Sky Racket.

Lucas: Hey there! My name is Lucas Thiers. I’m the Content Director at Double Dash Studios and worked as the Game Designer on Sky Racket. 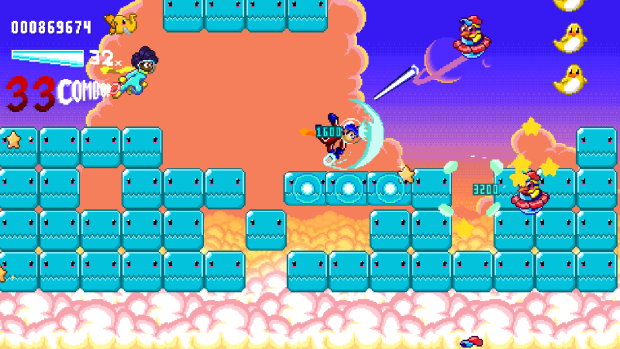 PS4B: You’ve released Sky Racket on Nintendo Switch. How would you describe the game to someone who’s never heard about it?

Jandê: I think you can sum up as a crazy space tennis battle! As the player, you fly around as RacketBoy or RacketGirl to save the galaxy wielding nothing but magical laser rackets to fight against a horde of colorful and cute enemies in a pixel art fest of Japanese arcade-inspired gameplay.

Sky Racket is what happens when you mix two classic arcade genres into one crazy game. We mixed a shoot ’em Up with a block breaker to create a brand new genre: the shmup breaker! You have all the action and the casual fun from both. Some people are calling Sky Racket a love-letter to the 16-bit era, and that’s not far from it, but there are a lot of other influences there: cartoons, movies, and games from all eras have somehow inspired certain aspects of our game.

Lucas: Also, I would like to add something very surprising to us, but that made me particularly happy. Many people told us that when they first saw Sky Racket, they thought, “Oh, it’s not my kind of game,” because they related it to shoot ’em ups in general. But then they really liked it after giving it a try! So I guess Sky Racket kinda fools you into thinking you’re gonna be playing a shoot ’em up but hits you with a nice gameplay plot twist right at the first level. 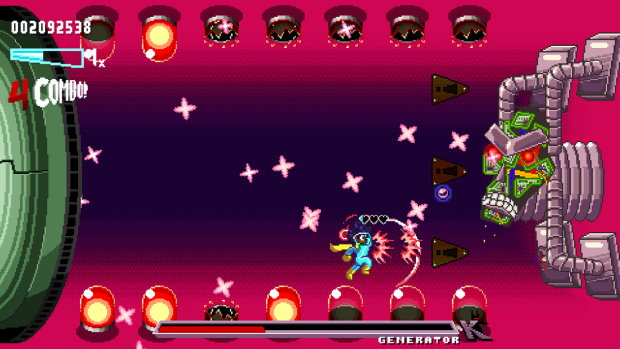 PS4B: How long did it take you to develop the game? Were there any particular hurdles or challenges you had to overcome?

Jandê: It’s a bit hard to say. It took two years of constant development to finish the game, but the first prototype was made way back in 2015 for the Indies vs. Gamers Game Jam we participated in (and won!). It was a game jam hosted by Gamejolt and promoted by Markiplier, Pewdiepie, and JackscepticEye, who got to play our game, which was really cool.

As our first commercial release, it was a constant process of learning how to manage a larger project than we ever worked on and making sure every piece was in its intended place.

In the art department, we had to be really careful not to make it TOO messy. The game has so many colors on its backgrounds and crazy characters that we had to make sure the player could still see the projectiles and enemies. I mean, chaos is a normal thing in the shmup genre, but it’s important not to make the player feel cheated when he dies or misses something.

Lucas: Well, regarding gameplay, it was pretty difficult getting the right spot between the overwhelming difficulty of shoot ’em ups, and the casual “just enjoy breaking everything” feeling of block breakers. Getting the pacing and level of challenge right was very challenging, and I still feel like we could have done better! 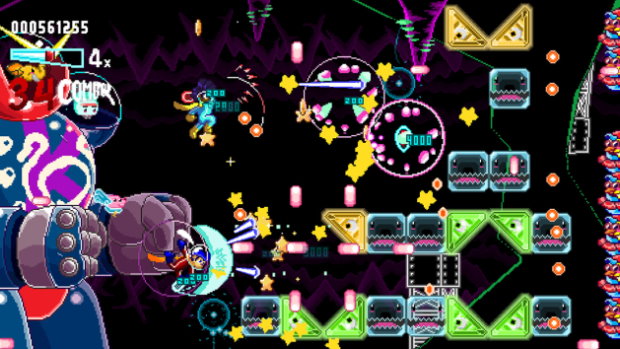 PS4B: With Sky Racket out on Switch, are you currently working on any new projects?

Jandê: Yes, we are working on a couple of projects (that we still can’t talk about), and there are others on the way. Also, I’m hoping the Switch release, and attention we got on the Indie World Showcase, brings us a few new opportunities. 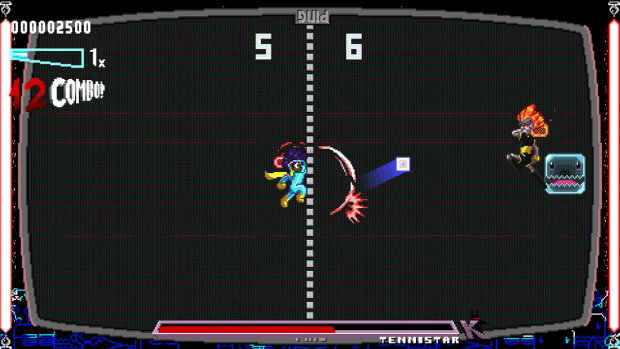 Jandê: Well, if you just read this and now you’re interested in Sky Racket but not sure if you want to buy it, be it on Nintendo Switch or PC, you can try out the demo we have on Steam!

Lucas: Yes, I want to thank everyone who has been playing the game and supporting us. It means a lot to get such a positive response from a project we put so much love on! And for people who haven’t played it yet, I hope you have fun when you do!

Thank you for having us! 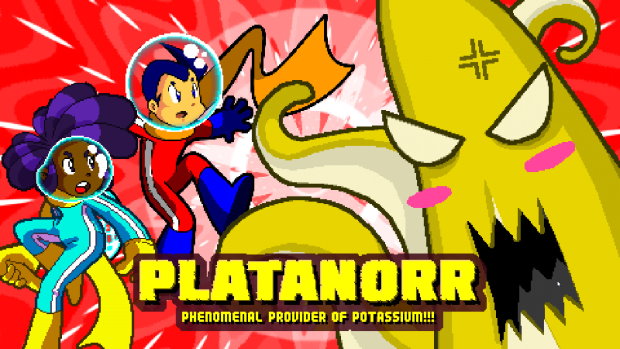