Digerati and Stovetop decided to answer the age-old question of what do you get if you combined Snake with Bus Simulator. Come find out if it’s worth playing in our Snakeybus review!

This is a double review for Snakeybus. Ajescent and Ceidz played the game, and this review presents what they both had to say.


The length of your bus grows as you pick up more people! Snake through the city streets and avoid crashing into yourself.

SnakeyBus tells the story of a snake that is murdered in its home by a group of humans but is then reincarnated as a bus. As expected, it now seeks revenge on the hunters that ended its life… either that or this is a re-imagining of the classic mobile phone game Snake, presented to a new audience. I like my version more, but whatever.

With an intro like that, there is a suggestion that Snakeybus will not have much to offer, but there some positives to the game. The most obvious being the visuals. For what is essentially a five-minute wonder, a great level of effort went into creating the visuals. The levels have an injection of detail that feels reserved for games in other genres. From Paris to Seattle, a couple of the levels stand out in both visuals and design in terms of quality.


In addition to the levels, the audio is superb. There is a lovely selection of chilled out grooves that play as you grow your bus, it is a pity that there is not a music player that allows you to listen to the tracks at will. In terms of gameplay, Snakeybus will be familiar to those who have played Snake or its many variants. But for those unfamiliar with it, I likened it to Bus simulator, but Snakeybus can also be likened to Katamari in terms of how it feels. 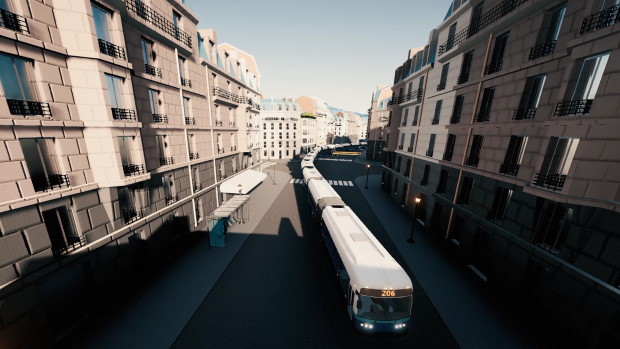 You play as a bus going from bus stop to bus stop, “picking up” passengers and taking them to their destination. Each passenger you drop off allows your bus to grow, and the more it grows, the more passengers you can pick up, and so the cycle continues. An element of the game is similar to the movie Speed since you have to keep driving without stopping, or your bus will explode. The gameplay becomes tricky the longer the size of your bus, and you need to find more “ingenious” ways to stop yourself from crashing into not just into the scenery but into your tail.

This is where Snakeybus gets a little more tactical. Your bus is fitted with a boost (because of course it is). One tap of the L1 button and your bus will leap into the air. It is not as impressive as it sounds, and it is not the easiest to control. You will need to recharge for quite a while after each use, so you need to be wise in how and when you use it. If you do somehow manage to time it perfectly and not crash as a result of it, it is quite satisfying.

While there are other controls in the game, you will only care about the boost and the left analog stick used to control its direction. You can use the L2 button to brake, but why would you, if stopping leaves you in a position to blow up. The R2 button can be used to accelerate, but then again, why would you if you are already going fast. Pressing the X button allows you to drift… if it worked as it is supposed to, it would make no sense either way since the longer your snake gets, the less logical it becomes to do anything radical.

There are definitely positives to Snakeybus, but it does offer a one-trick experience. Once you play it once, you will see everything it has to offer, and unless you like what you see, there won’t be anything to keep you coming back for more. As mentioned earlier, there are a few maps in the game with a majority of them open to you from the get-go, and extra ones that can be unlocked after you play for a bit. But the moment you play a map for a few minutes, you will have seen everything it has to offer. 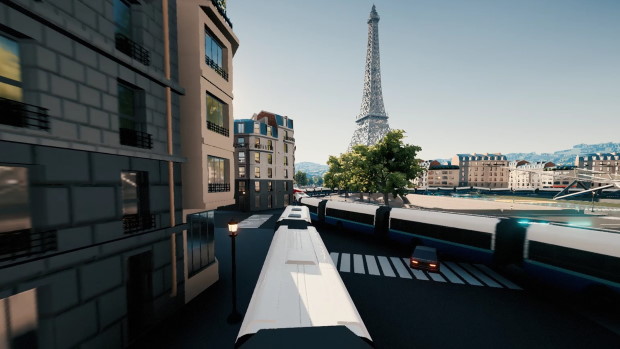 There are additional modes to be found in Snakeybus. There’s Time Race, which is just the basic game but with a clock counting down that only gets refilled when you drop off passengers. Aerial is only available on certain maps, and, as the name implies, it is air-based instead of land-based. And then there’s Endless, which is you just going for a drive, not worrying about picking up passengers. With the aforementioned soundtrack, this mode is actually a little more palatable, but it too loses its appeal. The problem with Snakeybus is that a game like this needs structure, challenges, and greater justification for its existence, with the different modes slowly drip-fed to you as you progress. Did you only get two stars in this challenge? Sorry buddy, but you needed three. For me, something like this would have added significantly to the longevity of the game, giving you an incentive to keep coming back the current shape feels like something that should become open to you after you finish the game. There is a leaderboard that you can submit your scores to if you wish to feature in the top ten of a particular map, but, once again, there does not seem to be any real reason to do so.

Snakeybus is an unlikely game, and as novel as that sound, sadly, the fun does not continue for more than the initial burst of wonder.

Snakeybus answers the question no one asked: what if you merged the Snake game with an arcade driving simulator? As you can already guess, this is a wacky release, and only 2 minutes in, I had already understood everything this game has to offer. You are taking control of a means of transport – there are many different to unlock, and the objective is to collect the many passengers that are waiting to be picked up in the different levels. Each level has a required number of passengers to collect, and once you’ve reached the bus’ capacity, you are tasked with bringing them to the destination, which changes for each run.

It is as easy as it sounds, and as more people are collected, the bus obtains more attached wagons, exactly like in the original Snake game. Loading and unloading passengers are of an arcade nature since you are only required to pass through the designated spot to have everyone come on board. I liked how everyone is screaming as they are arriving due to the speed at which you’re going. This is an arcade-style release, and a typical run lasts a few minutes at most, with the leaderboards showing people lasting as long as 11 minutes on some levels. 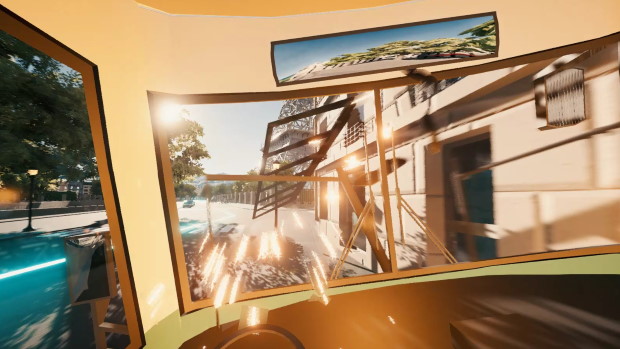 Each of your runs will come to an end once your bus stops, and as Ajescent mentioned earlier, this felt like being in the movie Speed. You have to keep driving and don’t stop on a wall, or being stuck with the tail of the hugely long bus that you will eventually create. You usually have roughly one second to get it back to moving before the run is over.

The physics of Snakeybus are over the top and allow you to go over obstacles that would be impossible in real life. The gameplay is arcade in nature, which is why it’s easy to pick up and play. I wanted to mention the great work of the level design team with their creative levels and the amazing art style each level has.

Speaking of the levels, there are ten maps to play, each one being unique. There is an increasing level of points required to open the later ones, but luckily the points are cumulative, so you don’t need to have them all in one go. I managed to unlock half of the game in a short one-hour session, so everything can be unlocked quite quickly.

There aren’t many trophies in Snakeybus, just a few Bronze trophies, with most of them being Golds. They are mostly awarded for reaching points milestones, which unlock new maps and bus designs, but three will prove much harder to obtain since they require you to reach huge bus lengths. 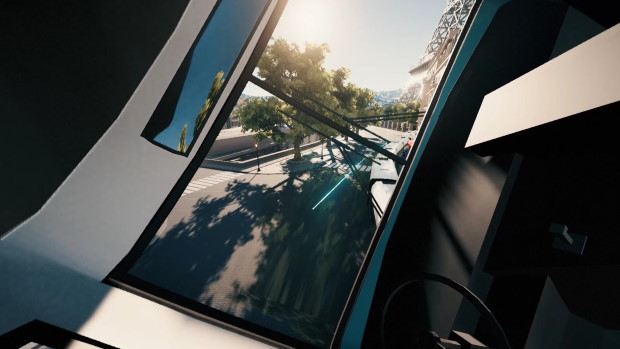 Snakeybus is definitively a fun experience, but not one that can keep things fresh enough to play more than one evening. The novelty factor was great, but once it passes…


Final Thoughts
Ultimately, Snakeybus is a good idea that might have needed a little more time being in development, so that it can be expanded on its core idea. We both had fun for an evening but ultimately thought that we were hoping more from that release. The core idea is great, and we think that it could be built on. The game isn’t expensive, so we can still recommend this game if you’re looking for an arcade-style experience that will provide you with a good laugh.

Disclaimer
This Snakeybus review is based on PlayStation 4 copies provided by Digerati.