This is a double review for Ara Fell: Enhanced Edition Review. Ceidz and ThaRaven403 played the game, and this review presents what they both had to say.

Take in the beauty of a magical world floating above the clouds, then take on a menacing race of vampires hidden in the dark. Ara Fell combines the best parts of Japanese-style roleplaying games with the best parts of western RPGs. The new Enhanced Edition features a slew of new features!

Ara Fell: Enhanced Edition is a revamped and improved version of the game, now out on PlayStation 4 and Nintendo Switch from Dangen Entertainment and Stegosoft Games. Be sure to check out our interview with Stegosoft Games as well!

The story of the game takes place in Ara Fell, a world of floating islands. Legend has it that the elves who once lived in this world eventually cast a curse upon them to protect the realm against the vampires that they had been battling. Lita, a young girl that wants to live adventures, is the main protagonist in the game. As she goes on a journey with her friend Adrian to recover a magical ring in some ruins, she ends up herself with the ring, which is, in fact, the key for breaking the curse and help against the vampires that are preparing for war. From there, her quest will evolve into something much bigger than she would’ve expected, which I obviously will not spoil!

Visually, the game is everything you’d expect out of a 16-bit JRPG game from back in the day. Character and enemy sprites look great, and the environments have a lot of details and are colorful. You even get that feeling of being on the floating islands with some nice backgrounds of the land below that you see when crossing the bridges that take you from island to island. The soundtrack is also great and perfectly fits the game, and I kept listening to it as I wrote this review. You can get the soundtrack by clicking right here. 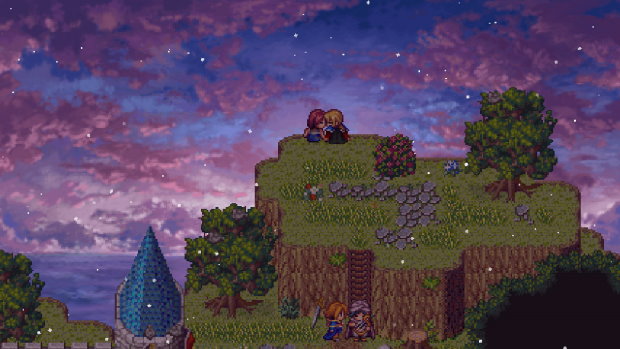 It’s been a while since I played a good old-fashioned 16-bit JRPG, so I was more than willing to jump into this one, and I definitely had high expectations after watching the trailer. Fortunately for me, the game delivered! The story is not the most original one you’ll see out there, but it’s got what it takes to keep you interested in it and want to dive deeper into it to see it through the end.

I also liked how they mixed the weapons and armor a bit more with the crafting system, making you explore the different areas you visit to make sure you grab enough crafting materials here and there to upgrade your gear. There are also a lot of side quests you can take on as you meet the different NPCs, and since there aren’t any limitations to what part of the map you can explore, you can pretty much tackle anything you want in the order you want. 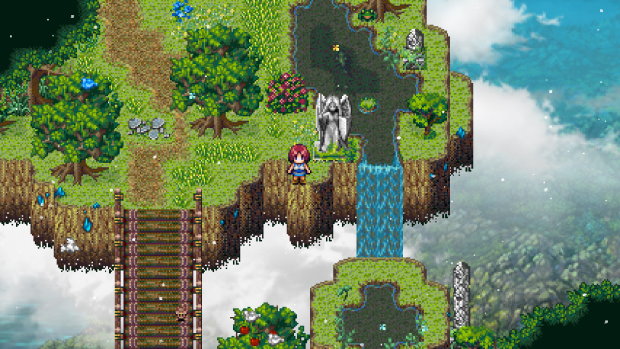 The one thing I enjoyed more than anything else in the game is how the team handled the battle system. Instead of having the traditional system in which your HP and MP carry on between battles, Ara Fell: Enhanced Edition fully restores them after each fight. This not only saves you the hassle of managing your HP and MP outside of battles, but it also encourages you to use your skills the maximum you can, making for more interesting battles than just mashing the X button for regular attacks.

As for the trophies, the vast majority of them should unlock naturally if you take the time to explore the game and complete the quests. The only one that could prove to be a little bit of a challenge is the one that requires you to win every battle at the Expert difficulty level. You could complete the game in Story mode if you just want to enjoy the game, but you’ll be missing that trophy for the Platinum!

As the game begins, you are following Lita and Adrian in an old dungeon as they’re hoping to recover an ancient lost ring. Of course, it doesn’t go as smoothly as they hoped, and something happens. This dungeon serves as the game’s tutorial but in a way that is not intrusive and lets you discover some features yourself, and progressively unlocks the game’s features as you progress. I must say that I wasn’t convinced with my first two hours of playing Ara Fell. I thought the game was slow, but luckily the game picks up soon after, and it becomes an amazing experience.

ThaRaven403 already covered the story elements of Ara Fell: Enhanced Edition Review, and I wanted to dive a little deeper into the battle system. It is a turn-based system in which you see the monsters, which means they can be avoided. In battle, you can see the order in which every enemy and character will act so that you can plan accordingly. Each of the playable characters has a unique set of skills, and their combination makes for a very balanced experience. Speaking of the balance, I played the game on normal difficulty and thought that the game was properly balanced, which means that you won’t be doing much grinding in each of the dungeons — also, bonus points for the grandiose boss battles. 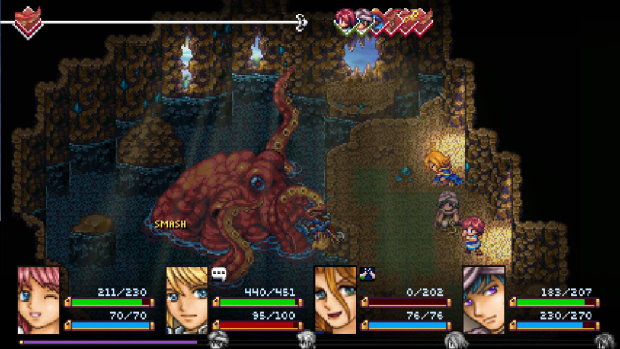 Each time a character gains a level, it will be awarded ten upgrade points, which must be set immediately to the four different stats available: power (physical and magical strength), defense (physical and magical defense), agility (speed) and wisdom (magical power). Something I like is how you can allocate the points as you wish to every playable character. I liked that liberty, and if at any moment you feel that a character is not performing up to their potential, the points can be reallocated. Getting through the dungeon also nets you some raw materials that are used to progressively upgrade the characters’ gear, since every equipment is hand-made and very easy to get the hang of.

Another aspect I want to cover is the level design, which at first I thought was odd. In Ara Fell, no building or road is symmetrical, or blocky like what we’ve seen in 16-bits JRPGs for the last few decades. As I was playing, I realized that this game had a bizarre level design BECAUSE they are on floating islands, meaning the topography isn’t standard per se. One NPC hints at this when he’s talking about the castle, saying that “buildings can’t get much larger than this due to the lack of space and resources.” It gave me some extra insight into how this is the reality from the NPCs viewpoint – well played! 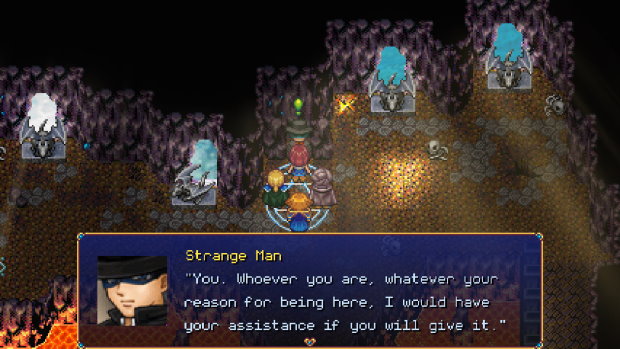 As for the presentation, Ara Fell: Enhanced Edition is great. The landscapes and dungeons are vast, colorful, and particularly well designed. The dialogue is mostly funny, and while there aren’t as many background themes as some other games, the music felt appropriate, especially the boss battle theme. One complaint I would have is that there’s no battle theme. The other thing was how menus are presented since the selected menu changes the label color from white to a light blue. I was often wondering which menu was selected. 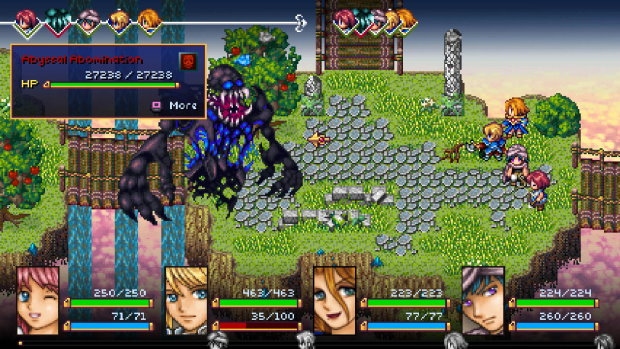 Final Thoughts
Ara Fell: Enhanced Edition is a great JRPG with enough traditional and new elements to please most gamers. While Ceidz thought that the first two hours were somewhat long, both of us loved the game and were quickly addicted to his well balanced and fun gameplay. We definitively encourage you to play this game, since, for the asking price of only $14.99, you can’t go wrong with this one.

Disclaimer
This Ara Fell: Enhanced Edition review is based on PlayStation 4 copies provided by Stegosoft Games.