A calm summer day turns into catastrophe when a massive earthquake strikes the city, throwing buildings and lives into chaos. In order to survive, you must navigate familiar locations under unfamiliar circumstances. The fellow survivors you meet and crucial decisions you make will ultimately determine how your journey through this crisis will end.

The Disaster Report series is a long-running franchise that begun on the PlayStation 2 back in 2002 when it released first in Japan, followed by localized releases around the world in 2003. Its sequel was once again localized for PlayStation 2 and was given the name Raw Danger!, instead of keeping the franchise name – a weird choice really. The PSP saw the third game in the series, which released in Japan in 2009 but was never localized.

Disaster Report 4 was planned to release on the PlayStation 3, but the project was initially canceled due to the 2011 Tōhoku earthquake and tsunami. The game’s development was eventually taken by Granzella, and the game finally released in Japan on the PlayStation 4 in 2018. And now, thanks to NIS America, it has released in North America for Sony’s current-gen home console. 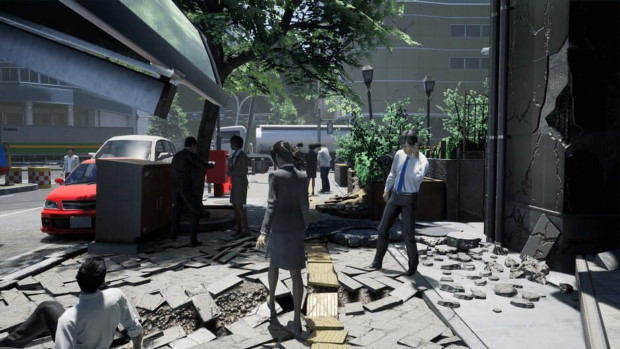 As the game begins, you are invited to determine the avatar that you will follow through this adventure. Male or female can be selected, and there are different options to choose from to change the overall look of your character. I personally chose a girl because I liked her (Japanese) voice. More outfits and clothes styles will unlock as you play through the game as you play.

Disaster Report 4: Summer Memories takes place in July of the year 201X. You are going from the countryside to the big city by bus for a job interview when a huge earthquake suddenly hits and the city, flipping the bus over. After this, the main character loses conscientiousness due to the huge impact. 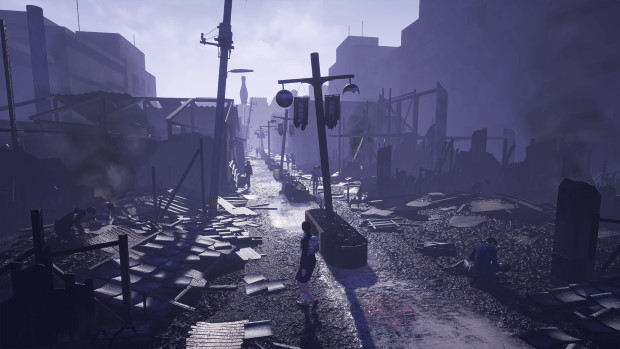 As you wake up, you quickly realize that the once buzzing metropolis has become a destroyed zone, with all the rubble laying everywhere, broken streets, and buildings on fire. Out of the dream of a new job, surviving is the new objective. Helping each other is the new norm, but of course, some people are aiming to take advantage of the whole situation.


As for the main gameplay, you are controlling the main character and must find survivors or the hidden objectives in each section. Each section is restricted by hazards, and you must figure out whom to help or how to get past any issues you find so that you can move on to the next segment. I liked how the game seems to be quite open, but in fact, being a linear release in which you must figure out how to progress. The whole game spans on the few days following the earthquake and its replicas.

Disaster Report 4 also features a lot of very cinematic cutscenes, which I enjoyed as I progressed through the game, discovering what the earthquake replicas would do to the environment. Depending on who you are talking to, we often get the choice of replying to a few options. It isn’t told right away, but be mindful while replying because it will affect your global karma, which can be good or bad depending on your actions. 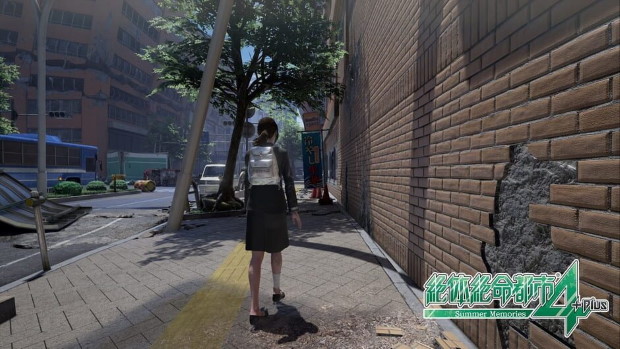 Being in a city following a major disaster, primary resources like freshwater and food quickly becomes scarce. You have a life bar and a stress meter, which goes up when an earthquake replica hits close. Hunger and thirst can be fixed by finding food and drinks, and I suggest that you crouch down when you realize that a replica of the earthquake is about to hit.

As for the game’s presentation, this is a near-flawless area. The game is expertly built on the Unreal Engine, presenting a steady frame rate, and I was genuinely surprised by the visual quality. I already mentioned it, but the sequences when an earthquake replica hits and a nearby building fall were always amazing to witness. The Japanese voice acting was also great, and of course, English subtitles are included. Also worthy of note: being visually impressive also means that the standard PlayStation 4’s fan goes into overdrive mode. 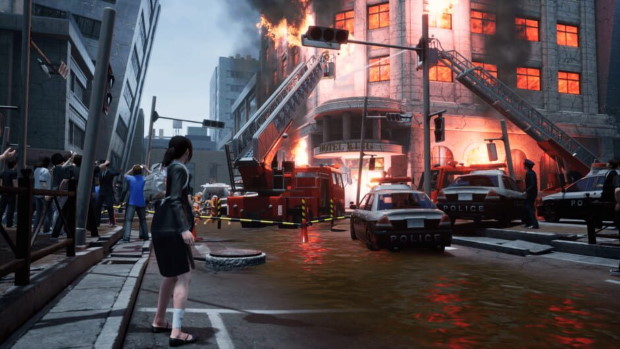 This game is mostly very fun to play, and progressing through the story is satisfying, but I thought that it might have been good to have the main and secondary objectives highlighted or starred so that it was clear what steps were needed. Often while playing, I was in an area relatively clueless as to what had to be done to progress. Even after talking to each NPC multiple times and spending half an hour searching, some main objectives felt too hidden for their own good.


Final Thoughts
Disaster Report 4: Summer Memories is a surprisingly good game, and I liked pressing on through the campaign to discover how the natural disaster would influence the city. The visual presentation is top-notch, and the voice acting is also great. The game itself isn’t hard, but I noticed that finding the triggers to continue with the campaign required a lot of backtracking and was often not easy to figure out.


Disclaimer
This Disaster Report 4: Summer Memories review is based on a PlayStation 4 copy provided by NIS AmericaNIS America

[Beyond PlayStation] Legends of Amberland: The Forgotten Crown Review