Battle Rockets from Gumbo Machine is a new PlayStation Vita exclusive game, a rare release of its type in 2020. It’s a fighting shoot ‘em up in which every bullet counts, as you try to outsmart your opponent by using your weapon to send a volley of bullet hell style attacks their way to claim victory. It offers a single-player experience as well as local multiplayer for twice the fun. If you want to learn more about the game’s development, then be sure to check our interview with Gumbo Machine by clicking right here! 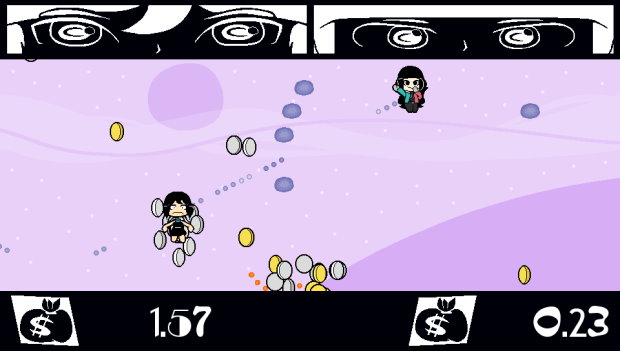 The single-player portion of Battle Rockets will have you taking on a series of challenges as you learn the basics of what the game has to offer. You will meet up with model name DC-650, who mentions you can call it “Professor Cass.” Professor Cass will then present to you with eight different challenges for you to complete, and you can select which one to take on by moving the left analog stick in one of eight directions, confirming your selection by pressing any direction on the PlayStation Vita’s D-Pad. Are you ready? 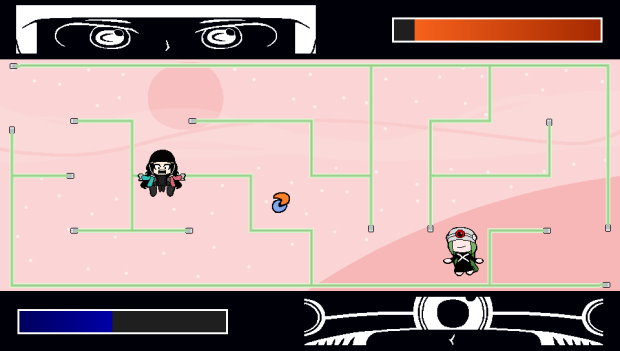 For each of the eight challenges, Professor Cass will give you a short overview of what scenario you’ll be taking on, which character you will be controlling, as well as offer you a tip so that you can have a better chance of surviving the challenge. For example, the first challenge in the game will have Suri battling against Toots, and it’s a scenario in which Suri is training her little sister Toots with some endurance exercises. The goal is not to defeat your opponent, but to drain its health down to 50% before your opponent does the same to you. 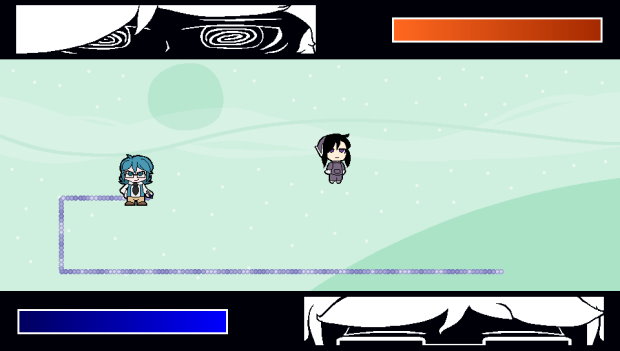 The game’s controls do take a bit to get used to, since player one will be controlling its character with the left analog stick, attacking with the four directions of the D-Pad, while player two will be moving around with the right analog stick, attacking with the X, Circle, Square, and Triangle buttons. Each of the attack buttons will have a different attack mapped to it, so you’ll need to mix and match your attacks to counter what your opponent is doing because bullets can be destroyed by hitting them with bullets of the same size or of a larger size. 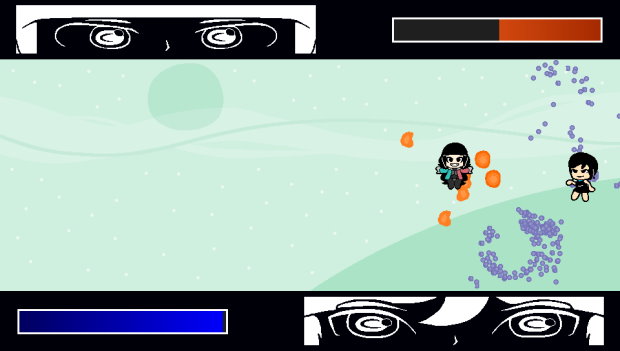 Along with the eight single-player challenges you have to complete, Battle Rockets offers three different multiplayer modes to play locally. There’s Duel Shock, which is the basic multiplayer mode since the goal is to defeat your opponent by depleting all of its hit points with your attacks. In Short Fuse, you will battle over five rounds, and whoever lands the first hit in each round will win it – win three out of five rounds to be victorious! The last multiplayer mode is Cash Grab, in which you will need to collect as many coins as you can while you attack your opponent to make it lose some of the coins it has grabbed, and whoever has more coins when time is up wins! 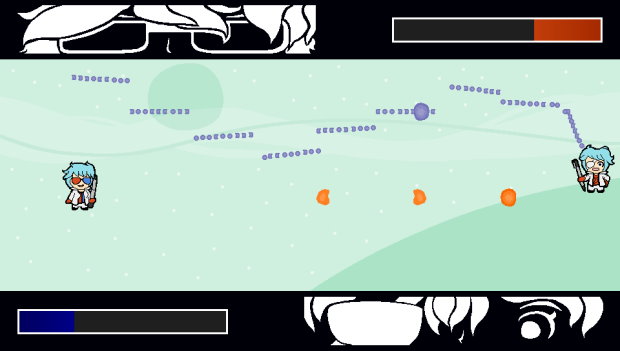 As for the game’s trophies, Battle Rockets includes a full trophy list with a Platinum! It’s also packed with nothing but Gold trophies, so you’ll need to make eleven Gold trophies pop in order to add another Platinum trophy to your collection! Eight of the Gold trophies are obtained for completing each of the eight single-player challenges that Battle Rockets throws at you, with the three remaining Gold trophies unlocked for wining every round in a Short Fuse match, for ending a multiplayer match in a tie, and for winning a match with almost no health left. 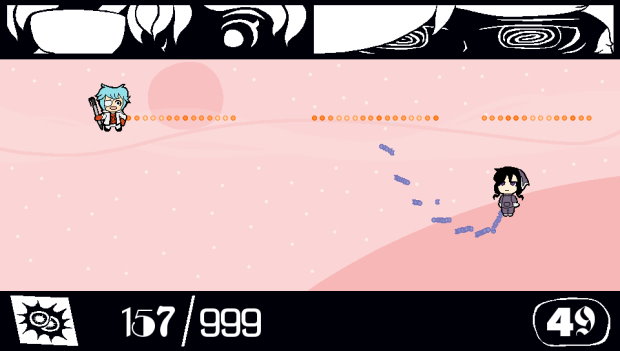 Battle Rockets is a rare release in 2020 since it’s a PlayStation Vita exclusive video game. It offers a fast-paced and fun fighting shoot ‘em up with single-player challenges, as well as multiplayer battles in which both players can play on a single PlayStation Vita console. The game is going to be a love it or hate it experience on Sony’s portable console, but at its budget $9.99 asking price, it offers a unique portable experience, as well as a Platinum trophy for trophy hunters to add to their collection.

Disclaimer
This Battle Rocket review is based on a PlayStation Vita copy provided by Gumbo Machine.

Gunbrick: Reloaded Out On Nintendo Switch