Maze from TreeFall Studios is a first-person puzzle adventure now out on PlayStation 4. Learn more in our Maze review!


Maze was originally released by Treefall Studios on the Nintendo Wii U back in early 2015. The game has now been reworked for its PlayStation 4 debut, with revamped graphics and effects – better texture and lighting, as well as many reflections – while also adding a set of objectives to complete for players to unlock a new Platinum trophy to their collection. 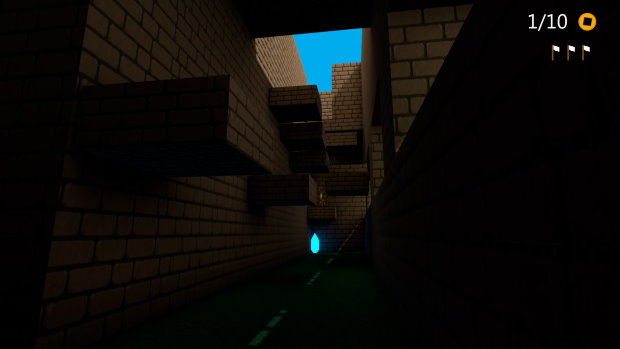 The main objective of Maze is simple and to the point: you need to get from the rotating floating START sign to the rotating floating FINISH sign. But before you can activate it and exit the level, you’ll first have to find and collect the ten coins in the stage. Sometimes the coins will be out in the open in plain sight, and sometimes they might be hiding in tricky to reach areas of a maze.


There are no time limits in the main mode, so you can take your time as you explore every section of a maze. Some of them are trickier than others due to their overall design and because of the color palette they use. Particularly tricky will be a trio of stages that feature some dark passages that will make it easier to lose track of where you’re going and where you’ve already been. 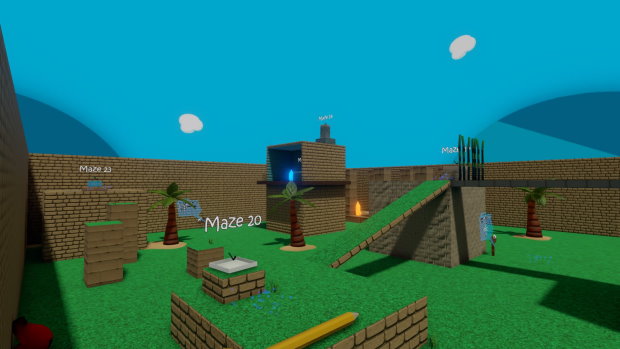 You’ll move around the first-person mazes with the left analog stick, moving the camera around with the right stick. If you want to run, you can do so by pressing and holding down the L3 button – that is, the button you access by pressing down on the left analog stick. You can jump with the X button as you try to avoid hazards, bodies of water or bottomless pits, or climb on top of platforms. You can also press the Square button to place up to three flags on each maze so that you can leave some marks for you to remember things such as sections of a maze you’ve already explored, or the path that leads to the exit. 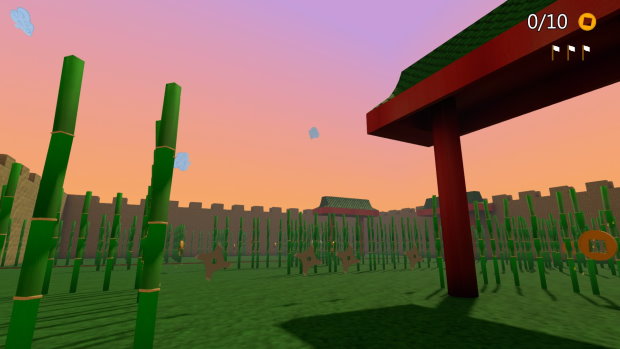 You can take on the content that Maze has to offer either on your own or try to play against a friend in the local multiplayer option, as you race to see who can complete them first. There’s also an Arcade Mode that changes things around a bit by having a timer that will countdown to zero as you race against the clock to try and collect all coins before your time is up. The levels in the main mode for each world can be played in any order, but to open access to subsequent worlds, you’ll need to complete at least enough mazes to reach the minimum quota.

The game has a full trophy list with a Platinum trophy to add to your collection. The trophies will pop after completing the Tutorial maze, after completing at least 18 mazes, traveling to each of the different worlds, completing the final puzzle in the game, collecting a coin, dropping a marker flag, falling off from a stage or being hit by an obstacle, raising the castle gate in level eight, and for collecting 10, 15, and 20 coins in any Arcade Mode level before time runs out. 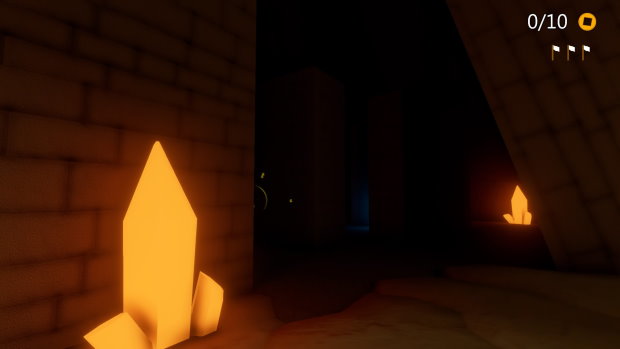 Maze is a fun first-person puzzler that will keep you busy for a few hours, depending on your skill level. It’s not going to be for everyone, but it offers more than 30 mazes to beat, three gameplay modes, and a full trophy list with a Platinum trophy to collect. Maze is out now on PlayStation 4 for $9.99.

Disclaimer
This Maze review is based on a PlayStation 4 copy provided by TreeFall Studios.

CAN ANDROIDS PRAY: BLUE Out This Month On Nintendo Switch