Hayfever on PlayStation 4 is a colorful 2D platformer in which you’ll help Thomas the Allergic Mailman save the day. Learn more in our Hayfever review!

In Hayfever from Pixadome and Zordix, you will take control of Thomas, the Allergic Mailman, who has lost all his letters and must recover them before it’s too late! The good news is that Thomas’ allergies can be used to help him recover every single lost letter. He’s a very hard-working young man, and it would be a shame to see his career end because of his allergies! Harvey, Thomas’ boss, has a bit of a hot-temper, and if Thomas does not find all of the lost letters, he certainly will not take this situation well. Luckily, Thomas has the help of Carlie, the mail van, who quickly rushed him towards the letters that were being carried away by the wind. 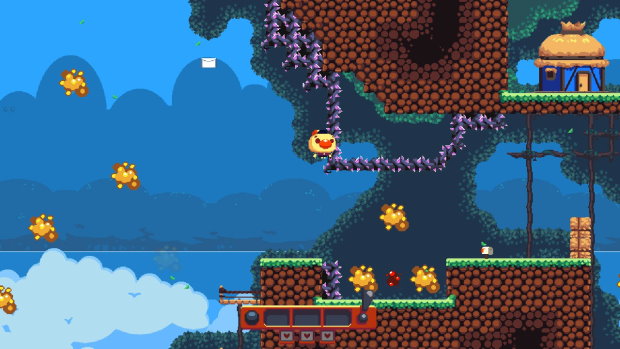 You’ll move Thomas around with the left analog stick or the D-Pad, running left and right. You can jump by pressing the X, L1, or R2 buttons. If you want to sneeze from Thomas’ allergies, you can do so with the Square, R1, or R2 buttons, which can help him gain some extra momentum in any direction. To be able to power-up this and other abilities, Thomas will need to collect allergens, which are represented by the big orange-ish blobs that are floating around all over the place. You need to be careful when collecting allergens because if Thomas already has three charges, collecting another one will send him flying without control! 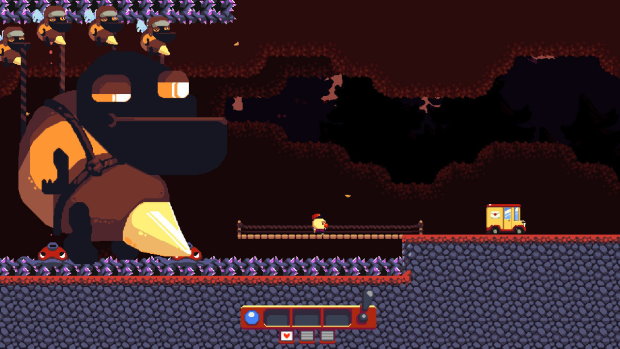 There are other allergen types that will have different effects on Thomas, as is the case for a red one that will work sort of like the auto-shoot barrels from the Donkey Kong Country series, sending him flying in the direction you press the D-Pad when he touches them, as well as red allergen arrows that will send Thomas flying in the direction in which the arrow is pointing. You could also perhaps run into a rainbow allergen that will grant you unlimited sneezing for a short period of time.


Levels are presented as Thomas’ workdays, with each bite-sized stage taking a few minutes to complete. As you take on each stage, you’ll need to keep your eyes open so that you can be on alert to find and collect the letters for that particular stage. As you do this, you’ll need to use Thomas’ allergies to climb up tall walls, avoiding hazards or enemies – such as the giant hat-wearing bees – since a single hit will make Thomas go “pop”! You will quickly respawn at the last mailbox you reached since they act as save points. Once you’ve completed a week, you’ll get to review how many letters you picked up for each day, before moving on to the next week. 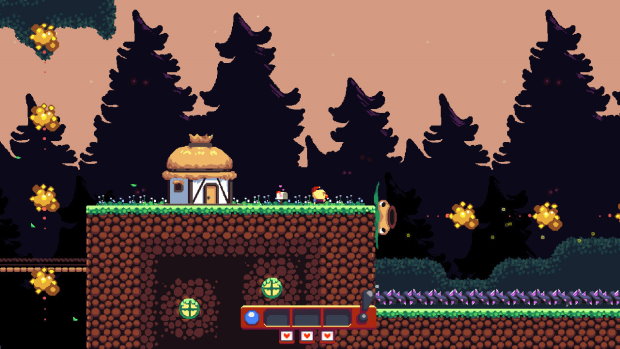 The difficulty will ramp up at a steady pace as you progress through the game, and as you explore each stage, you might notice that some spots look a bit… peculiar. Since you can save your progress at a mailbox, be sure to take some risks and make some leaps of faith so that you can eventually find the many secrets that Hayfever is hiding! That group of thorns seems to have an opening in one particular spot? Sneeze right through it! And once you do, you might find a very challenging platforming sequence that will reward you for your efforts. 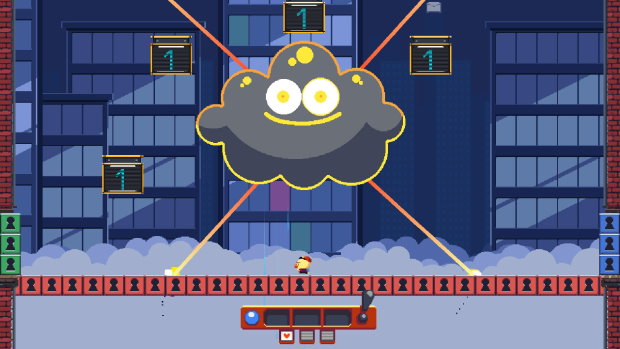 There’s a lot to do in Hayfever since Thomas has to find and recover 274 letters in total as you help him complete the 140 levels on offer, which is going to keep you busy for a bit! The game also has a full trophy list with a Platinum trophy to unlock. A ton of the trophies are tied to finding the many secrets hidden in the stages for the game, and there are trophies for defeating the bosses you’ll face in Hayfever, trophies for collecting a ton of letters, and some trophies for sneezing thousands of times. 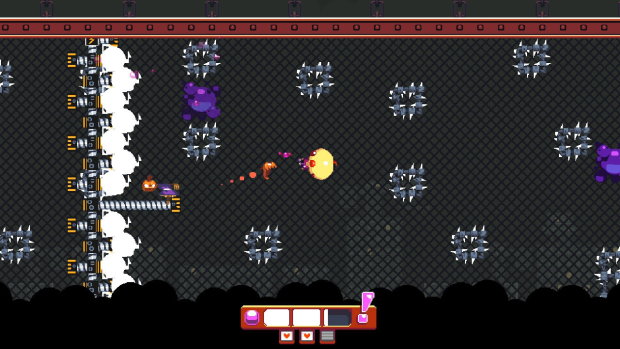 Hayfever is a fun 2D platformer with a ton of content to offer for only $14.99. It has great pixel art, a catchy soundtrack, more than a hundred levels, fun gameplay mechanics that keep things feeling fresh from start to finish, and a Platinum trophy for trophy hunters out there. Are you ready to help Thomas the Allergic Mailman?

Disclaimer
This Hayfever review is based on a PlayStation 4 copy provided by Zordix.