Bohemia Interactive had a special Closed Beta for Vigor on Nintendo Switch that gave players a glimpse into what they can expect when the game releases later this year. Come learn more about the game!

Vigor is a free to play third-person shoot ‘n’ loot game that is on its way to the Nintendo Switch from Czech video game developer and publisher Bohemia Interactive. The studio’s first title was Operation Flashpoint: Cold War Crisis, which was released back in 2001, and it has also worked on the long-running ARMA series, with the first game in the franchise launching in 2006. It’s also released DayZ, a survival game set in the post-soviet country of Chernarus, which is struck by an unknown virus that, as the name suggests, infects a large part of the population, turning them into zombies. 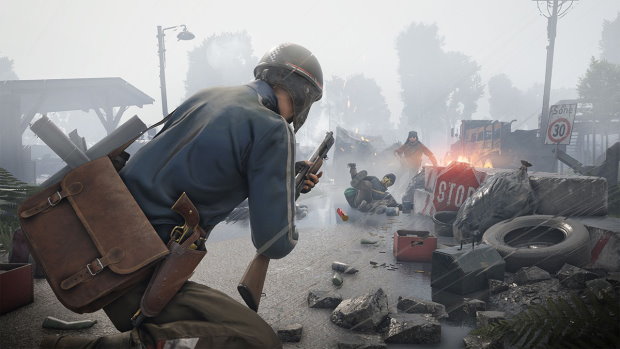 I got a chance to try out the Vigor closed beta, and I have to say I’m certainly looking forward to playing the final release! Vigor takes place in a posts-apocalyptic Norway in 1991. The nuclear war has ended, and Central Europe is devastated, with Norway becoming the last stand. You must do whatever is needed to secure the resources you need to build your Shelter to stay alive in a new world in which everyone is trying to do the same. You’re an Outlander, and so is everyone else!

Once I got started, the first thing to do was pick the Outlander I would be playing as, from the nine available options. The camera then quickly panned around my character to go into the third-person perspective from which the game is to be played. The first section of the game will be the Tutorial that will allow you to practice the things you need to learn about the controls for Vigor. Every single button on the Nintendo Switch Joy-Con or the Nintendo Switch Pro Controller is going to be used for Vigor, and it does take a few minutes before things start to click as you play this one.


You can move with the left analog stick, sprinting by pressing down on the stick, looking around with the right analog stick. You can also press on the right analog stick to go into quick melee, in case you’re in trouble. The camera can also be panned left and right with the R button. You’ll jump with the A button, which will also be used to vault over things, as well as to climb on top of things. You can crouch with the B button in case you need to stay clear of any potential danger and can go probe by pressing and holding down the button. You’ll take aim with the ZR button, attack with the ZR button, and reload with the X button. The Y button will be used to switch weapons or to holster your weapon by pressing and holding down the button. If you need to check your surroundings, you can press up on the D-Pad to check your map. 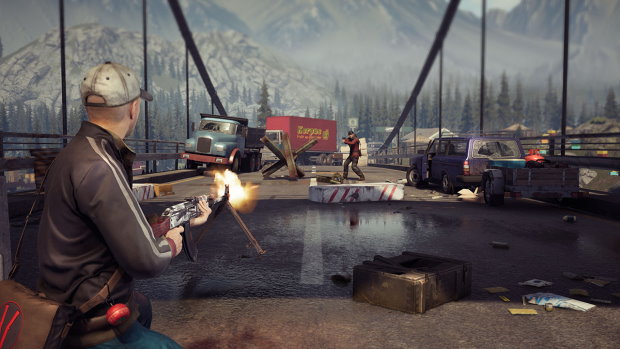 The rest of the Tutorial will have you finding a campsite to loot a weapon and some bullets, to later send you to find a cabin near a lake so that you can loot anything you might find there. On my way to the cabin, I managed to spot a couple of bushes that had a marker on them. I walked closer to them and managed to secure some food, which in the game’s inventory showed up as a rare item that could help me survive in this new world. I was also lucky enough to find some disinfectant that allowed me to heal some of my wounds, as well as some metal parts that can be used to build improvements at the Shelter.

A bit further down the road, I saw a plane fly by which sent an airdrop with valuable supplies. As I rushed to the drop site, I was informed by radio that I most certainly was not the only Outlander who saw that plane and that others were probably looking for me to take away my resources. To be able to check the content of the crates from the airdrop, I would need to survive and make it to the Shelter. After making a run for it, I managed to find the area’s exit, which led to the next section where I could find the Shelter.


Since this was a Closed Beta, I was able to play for a few days as I gained experience points from my actions. There’s a free tier for the Battle Pass that granted rewards by obtaining enough experience points to level up and reach specific levels. Since Vigor is a free-to-play game, there’s also the option – in the full release – of using Crows, a premium currency, to unlock the rewards faster. Crowns can also be used to purchase the Premium tier of the Battle Pass, which will grant additional rewards for on specific levels. Since I had some crowns on me during the Closed Beta, I went ahead and got the Premium tier, which, as I made some progress, granted me a military-grade vintage bag, a hunter outfit, green winter gloves, a hunting cap, a forest camo weapon skin, and more – and this was only for the first handful of levels. 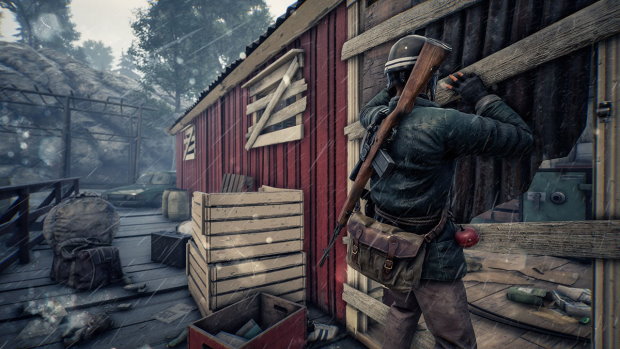 As for what can grant players experience points, you can gain some by login into the game every day, for crafting any plans you have acquired, for opening crates – of common, uncommon, rare, military-grade, and special issue grades, for completing challenges, killing opponents, getting headshots, looting food, metal parts, wire, nails, chemicals, fertilizer, fuel, electronics, or glass, for accessing a safe, collecting an airdrop, finding a buried cache, and more. It’s a long list, so as long as you’re active, you’ll make some progress every day.

You don’t need to do everything I’ve mentioned above in a single run, and sometimes it might be best to make the most of your starting position, find nearby spots that might be packed with lots of things to loot – or even a handful of looting opportunities that can yield rare items – and then run to the nearest exit as soon as possible! Remember that you’re trying to scavenge resources to be able to survive, and if you’re killed by another player – or if you don’t watch your step and fall from a cliff – you will not only lose anything you had looted, by will also lose your loadout!


There’s also a store where different items were up for grabs, as well as being the place where one can purchase some of the in-game premium currency. The items that are available at the store are cycled out, so current offers will change over time. Since I was playing the Closed Beta, the in-game premium currency was not up for sale just yet. I was, however, able to check out the Equip section, which is where you can craft and equip weapons, ammo, and consumables before you head out to scavenge additional supplies.

The Stash where all the weapons are stored was packed for the Closed Beta, so I got to play around with the Mosin Nagant, the PM, the Silver Pigeon, and many more. For your loadout, you can carry up to two primary weapons and two secondary weapons, with ammo and consumables taking up space in your backpack. While ammo can be crafted instantaneously, only one weapon and one consumable can be crafted simultaneously. The rarer the item, the longer it will take to craft. Each weapon and item will have an info tab that will show you its stats and what is needed for crafting it. 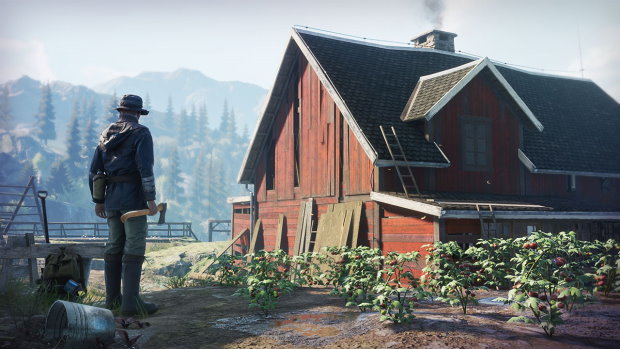 Something else that can be improved is the Shelter. By making improvements to the Shelter you’ll be able to unlock new items to craft, generate materials, and make your life easier as an Outlander. For every improvement, you will need to procure the required resources, and each improvement will take some time before it’s completed. Everything you do to boost the Shelter will move it closer to leveling up. The higher the Shelter’s level, the more things you can improve around the Shelter.

There was a lot to do in the Vigor Closed Beta, and it left a good taste in my mouth. Sure, the graphics are not going to be the same as they are on PC, but that was expected. Other than noticing that the game drained the battery on my Nintendo Switch when I took the game for a spin in Portable mode – which might probably be optimized for the full release of the game on Nintendo’s hybrid console – I don’t have much to complain about Vigor. Did you manage to try out the Closed Beta?

Disclaimer
This Vigor Beta preview is based on a Nintendo Switch copy provided by Bohemia Interactive.