Towertale from Keybol Games and MiSou Games is a 2D action-adventure with a focus on boss fights. Learn more about it in our Towertale review! 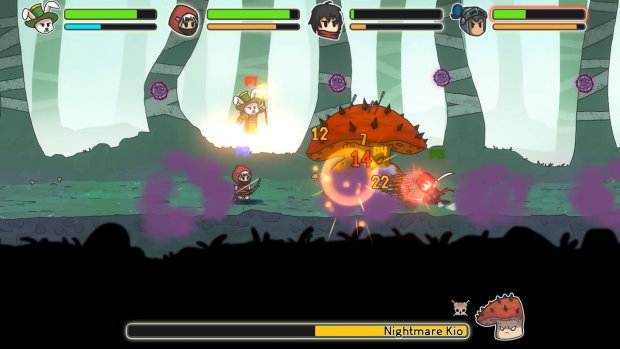 The game takes its name from the Tower that the heroes are exploring in their quest to try and get to the top. It is said that the Tower was built by an ancient being, and legend has it that whoever manages to defeat all of the guardians and reach the top will be granted the ability to change its fate. Over the last 100 years, many adventurers have tried to conquer it, but none have returned. The four characters you can play as are the Knight Lionel Blueheart, rogue Faindrel Ashelm, Wizard Lord Snicklefritz, and powerful Warrior Dark Echo.

Towertale features 17 boss fights to take on, and there is a single-player Story Mode to play with an alternate story when playing in co-op. The co-op storyline picks up near the final part of the single-player Story Mode, doubling the fun you can have by playing on both modes! There’s also an Arcade mode that features the boss battles without the story, as well as a straight-up Boss Rush mode in which you’ll take on an unlimited set of random bosses until you’re defeated. Towertale reminded me a bit of Super Kirby Clash on the Nintendo Switch since it offers four-player co-op in which each player takes on a role to support the group as they all take a stab at beating the boss. 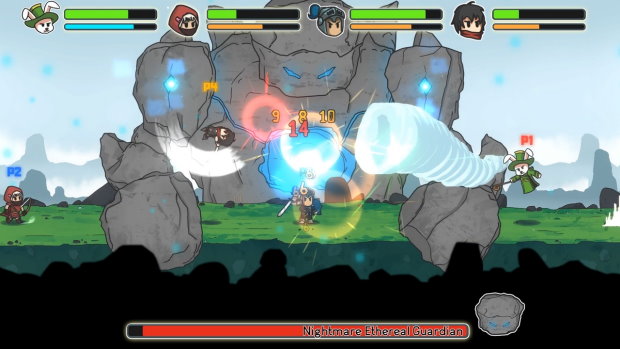 You’ll control your hero with the left analog stick or the D-Pad, crouching by pressing down, and jumping with the B button. Your attacks will be mapped to the Y, X, and L buttons, respectively, or you could also use the R, and ZR buttons for the first two attacks. You can also dodge with the A or ZL buttons to avoid some attacks. Each action you take will use up some of your stamina, but if you crouch, it will be restored at a faster pace. You’ll need to pay attention to each boss’ movement and attack patterns – which change a bit with every one of its health bars you destroy – if you want to stay alive long enough to make a dent on their last health bar.

The game features a Scenario Selector that will allow you to replay parts of the Story Mode without having to start a new run, which is handy for when you’re trying to complete some of the in-game Achievements or working on getting some of the alternate endings. Speaking of the Achievements, you will aim to complete the game with each of the heroes, beating the game along with a full group of adventurers, getting the good and bad endings for each hero, for beating the Story mode on each of the three difficulty settings, and more. 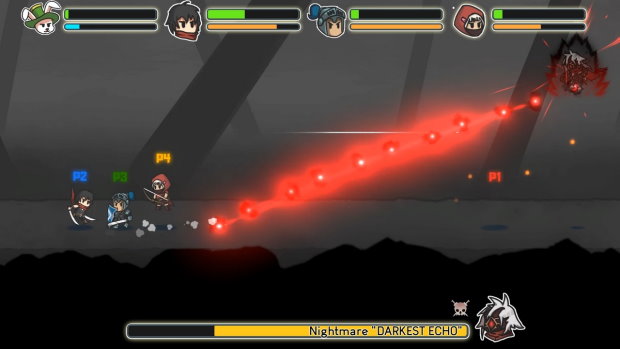 I had fun playing Towertale on Nintendo’s console as I took on each of the different bosses that offered a good challenge. The separate stories for each of the four characters, as well as an alternate storyline when playing in multiplayer co-op, make for a solid 2D boss battle action game. Towertale is out now on Nintendo Switch for $9.99.

Disclaimer
This Towertale review is based on a Nintendo Switch copy provided by Keybol Games.