Tower Inferno from Digital Game Group is an arcade-style game on Nintendo Switch in which you have to build the highest tower possible. Learn more in our Tower Inferno review! 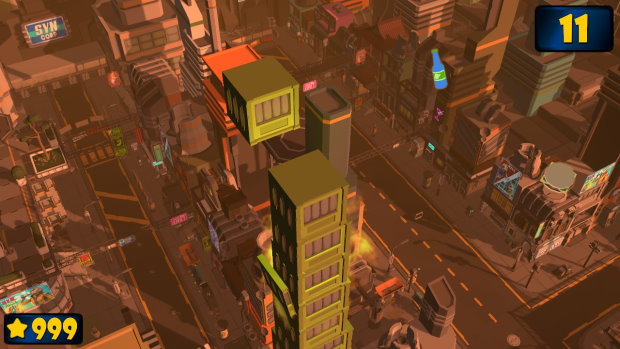 In Tower inferno, you’re tasked with pressing a single button just right so that you can make a building grow. A square will be moving back and forth over the starting building block, and you will need to press that button just right so that you can place the block on top of the previous one as perfectly as possible. Why? Because every mistake that you make will cost you since the parts of the moving block that don’t perfectly align will be chopped off and fly away. On top of this, the whole building is going to be on fire – for some reason – hence the game’s name. 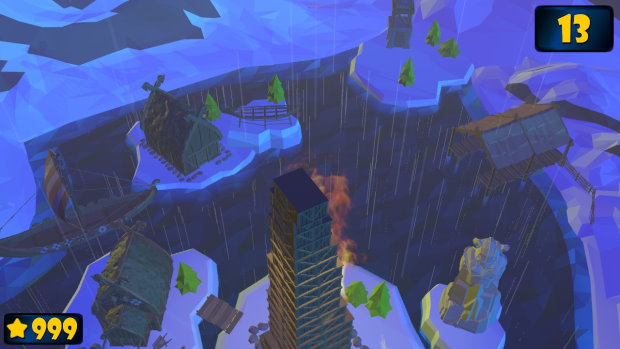 The controls for Tower Inferno are easy to understand. You’ll be pressing the A button to drop a box on top of the starting building box, trying to perfectly align your drop to earn a streak. If you align five pieces perfectly in a row, then the next piece you try to stack will have some of its size restored. The better you do, the more stars you will get, with up to three stars being awarded for each stage that you take on. You’re going to need the stars since they will help you to unlock more levels to play with different designs for the buildings you’ll try to recreate. 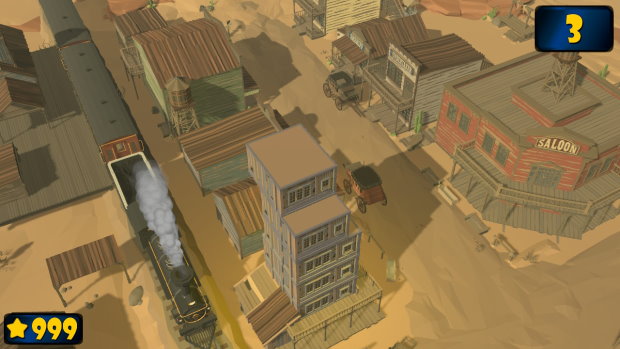 As you progress and get enough stars to unlock more stages, you will notice that while the main gameplay mechanics remain in place, the theme will change to feature a new look. On top of the regular building and city design, you’ll start with for the first stage in Tower Inferno, there is also a Western theme – with wagons included –, a Viking theme with a tower in the center, or Viking huts around it and even a Viking ship sailing around. There are nine stages in total, and since only the first one is open at the start, you’ll have to work to unlock the remaining eight. 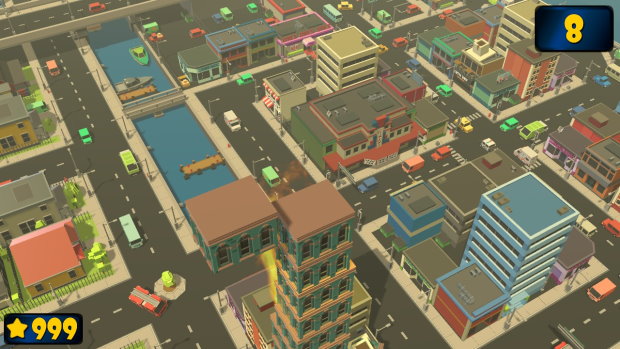 Tower Inferno is out on Nintendo Switch for $7.99, and given its arcade nature, your enjoyment of the game will vary depending on if you’re a fan or not of this style of game. If you have kids, then they will certainly like to take this one for a spin, but it’s hard to know if they will be entertained for long enough – and will manage to unlock enough stages – to make the asking price worth it. There is some slowdown in a couple of the stages, which is weird since this a game that should be too demanding on the Nintendo Switch hardware.

Disclaimer
This Tower Inferno review is based on a Nintendo Switch code provided by Digital Game Group.

[Beyond PlayStation] Path of Giants Review