In Thunder Paw, you will control the titular Thunder. One day he was playing ball outside when he heard a loud explosion that was so powerful it ended up destroying his house’s windows as it blew up a ton of trees around it. As Thunder ran into the house looking for his parents, he only found a letter written by whoever has kidnapped them. As you can probably imagine, this makes Thunder go out on an adventure to save his parents, and to punish whoever was foolish enough to take them! 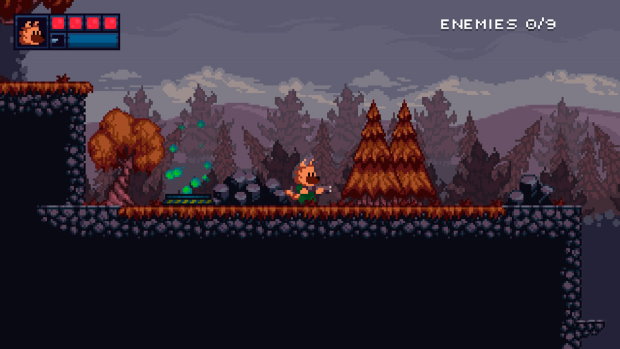 You’ll be controlling Thunder with the left analog stick or the D-Pad, as he runs from left to right and back. He has a single jump ability mapped to the X button, and his weapon can be fired with the Square button. As you collect the bouncing stars left behind by your enemies, a weapon bar will fill up, which will end up powering up your attacks… until you’re hit. You’ll eventually get some extra weapons, and you’ll be able to switch between them by pressing the Circle button as needed. 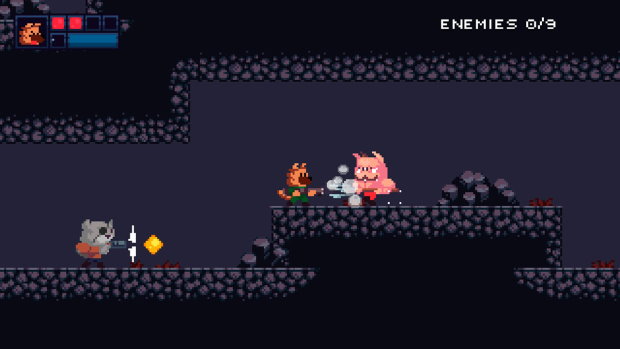 The main objective for each level is to find and defeat all of the enemies on the stage, so that you can then search for the exit, which will turn from red to green once you’ve beaten all enemies, letting you know its time to carry on to the next level. The number of enemies you’ve defeated – as well as the number of total enemies in the stage – will be displayed in the upper right corner of the screen, while your weapon bar and your hearts – which will let you know how many times you can be hit before you die – will be presented in the upper left corner of the screen. 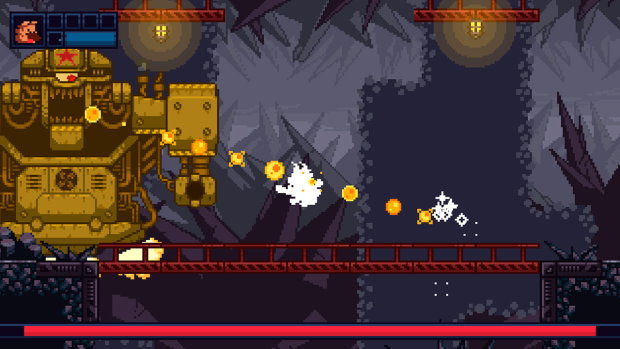 Every now and then you will run into a boss fight during which you’ll need to pay attention to the boss’ movement and attack patterns so that you can find the right window of opportunity to deal some damage, as you try to chip away at its health bar, which is displayed at the bottom of the screen. As expected, the bosses are also anthropomorphic characters just like Thunder and the other regular enemies you’ll be fighting, showing some extra details in their pixel chunkiness.


As we’ve come to expect from all of the releases from Ratalaika Games, Thunder Paw is a Cross-Buy PlayStation 4 and PlayStation Vita release with a full trophy list, so that you can add a pair of Platinum trophies to your collection. Most of the trophies are tied to finding the Secret Box for each of the first twelve levels in the game – out of a set of 20. Worry not because most of the Secret Boxes are not so secret and will be easily spotted as you explore each stage. If you end up missing any of them, then you’ll be able to replay a stage without any issues. Since stages are overall on the shorter side of things, you can expect to add both Platinum trophies to your count in less than two hours tops. 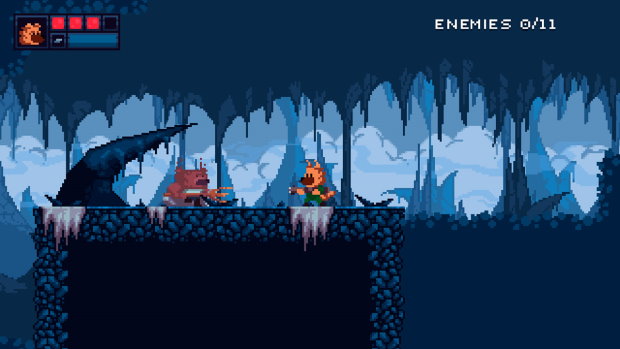 Thunder Paw is a short, simple, and to the point 2D action platformer that does not overstay its welcome. It’s an easy one to get the hang of, and it offers a generous checkpoint system that will have you respawn at the last checkpoint you activated so that you don’t lose much progress when you do die – be that from being hit by enemies one too many times or from falling down a bottomless pit. Thunder Paw is a Cross-Buy release that is out now for only $4.99. 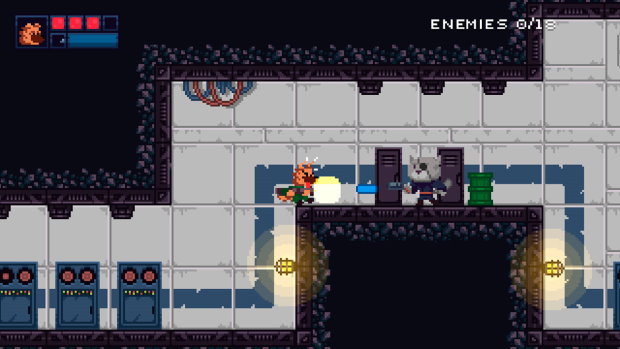 Disclaimer
This Thunder Paw review is based on a PlayStation 4 copy provided by Rataliaka Games.