In Thief Town from Rude Ghost Games and Skymap Games, you’ll be taking on multiplayer sessions in which all players control identical avatars, every single one of the thief variety. The action will take place on an arena-style location on a single screen, the town part of the game’s title, which will have other thieves running around, all of which look exactly the same as the avatars of the players. And it’s this setup that opens the way to some entertaining multiplayer sessions of fun and deception! 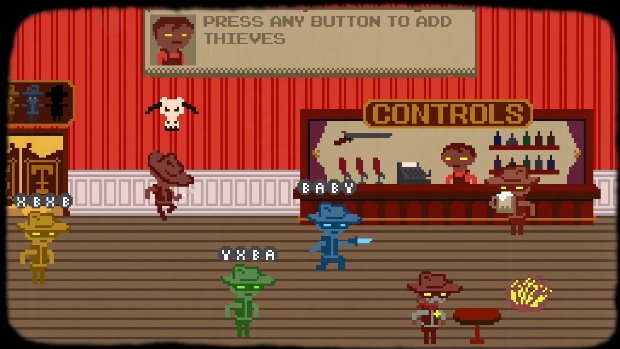 The main objective in Thief Town will be to try and find out which of the identically looking avatars on the screen are actually the other players in the game, so that you can use your knife and stab them good so that you can earn some points. But you, of course, need to be careful about this because you could end up giving up your own location, which will open you up for some extra stabbing from your opponents. Do you have what it takes to outsmart the rest of the group? 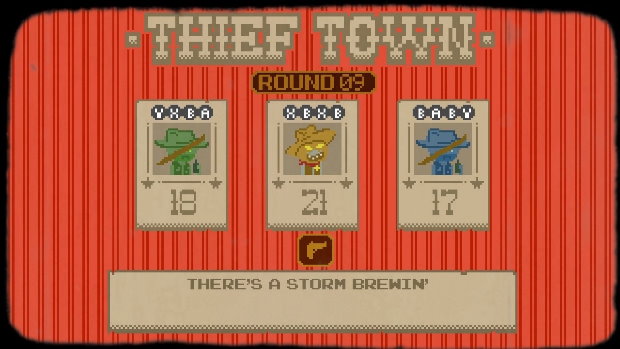 Along with the main mode – the Thief Town mode –there are also another two modes you can dive into. There’s Spy Town, in which players will need to use a set of single-use items to try and trick and trap enemy thieves, so that they’re placed right where you want them. And then there’s Drunk Town, a different type of mode in which one of the players will be declared the Sheriff, who must use his authority – and his gun and bullets – to spot and deal with the thieves in the town. 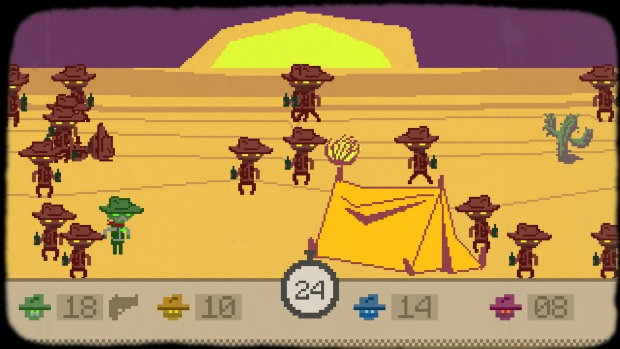 Due to the game’s nature, the more players who take part in each match, the more fun you’ll get to have. Up to four players can participate in Thief Town, in this local multiplayer-only budget release. You’re going to need to have at least one more player to take on this one, as there is no single-player mode to participate in. There’s also no online multiplayer, which is a shame since this party game could certainly have benefited from having a chance to try and fool players on the other side of the world as you get your stab (or shoot) on. 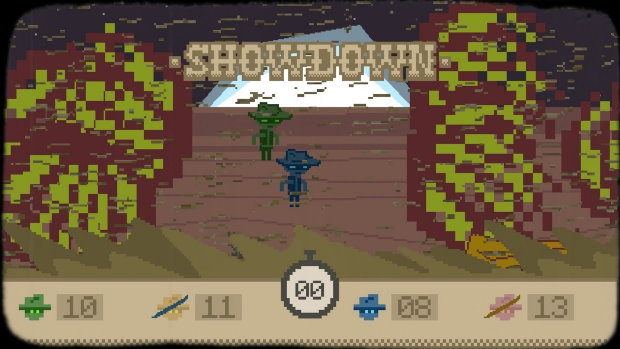 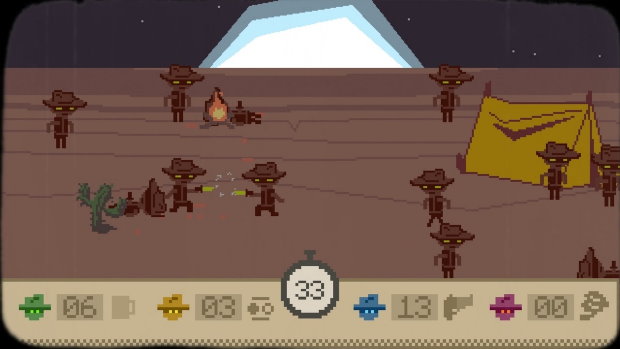 Disclaimer
This Thief Town review is based on a Nintendo Switch copy provided by Skymap Games.

Kingdom Majestic On Its Way To Consoles