Sleep Attack from Bad Seed is a colorful and fun tower defense with a twist. Learn more in our Sleep Attack review! 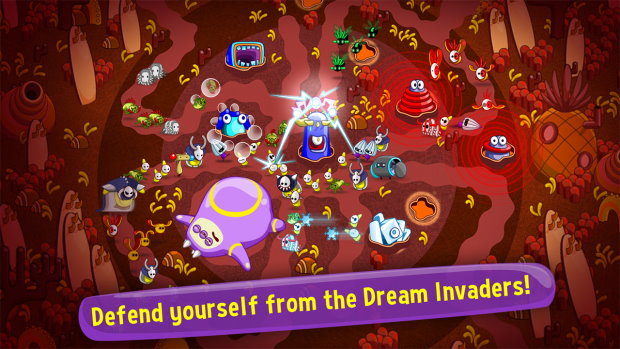 There will be nine tower types under your command, and you’ll be able to build them by using the resources you collect. As expected, every tower you can build will have strengths and weaknesses to consider, so you will need to mix and match to make the most of their potential. Towers can also be upgraded, and upgrading the right tower at the right time while diverting enemy traffic towards it will be crucial for victory. And while, sure, an upgraded tower will be a more powerful and deadly tower, you also need to keep in mind that sometimes building a new tower on another path could be a better option.


To allow you to get the hang of things, the first couple of stages will act as a tutorial, as you try to protect the huge monster at the center of the screen. Wave after wave of enemies will walk into the battlefield from many roads on the sides of the screen, and as you rotate the playing area clockwise or counterclockwise, you will use your towers to protect the monster in the center. If you let an enemy through to the center, then the monster will receive some damage. If the monster runs out of hit points, then its game over, and you’ll have to learn from your mistakes to give it another go. 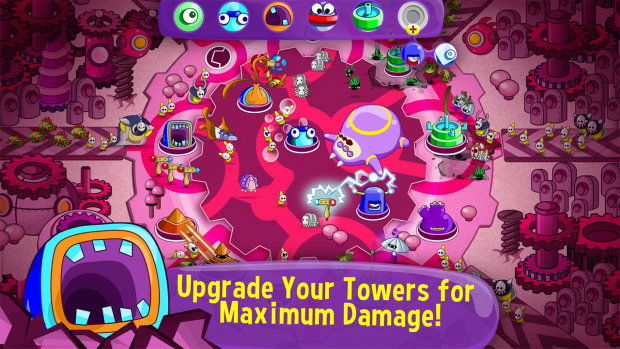 Your towers will include the Basic Shooter Tower, which is the cheapest of your towers. It deals some good damage at a steady pace, and you can upgrade it to increase its damage per hit, as well as its range. You can also control the Glue Gun Tower, which will slow down enemies so that your other towers can deal a ton of damage. There’s also the Power Tower, which has a shorter range and is a bit slow, but every shot it lands will pack a punch. Be sure to try all of them as soon as you unlock them so that you can learn more about them and get a chance to see where they can work best.


For every enemy that Sleep Attack throws at you, there are some towers that will work best to destroy them before they can harm the monster. While Halfstep, the small regular enemy, won’t prove to be much trouble on its own, when combined with others, such as the Pigdogs, which don’t have many hit points but are very fast, making them dangerous opponents who can overwhelm you if you’re not careful. Slowing down fast opponents so that your towers can target them is certainly a must! 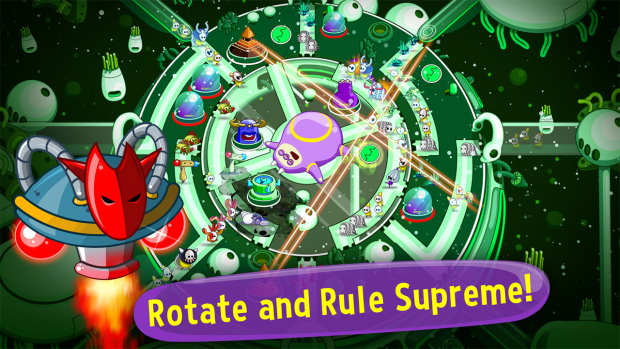 Each stage will grade you based on your performance, granting up to three stars. If you want to 100% the game, then you’ll need to pay attention to how many inbound paths there are for each stage, how many rotating parts each playing field has, and how many spots there are for you to place some towers. While you can speed up the action by pressing the Y button, you’ll need to be careful because you can easily be overwhelmed if you don’t know what the next wave will bring. Make good use of the + button since it will allow you to pause all enemy movement while you rotate each part of the playing field, and place and upgrade towers. 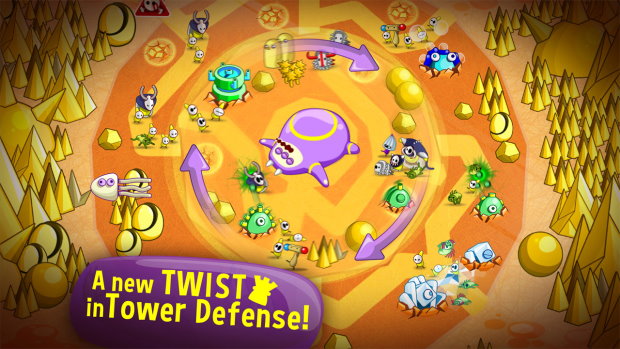 Sleep Attack offers a fun twist on the tower defense genre, making for a very different experience on Nintendo Switch. Things can get a bit crazy if you’re not paying attention, so I suggest you don’t abuse the fast-forward option unless you know exactly what the next wave will bring. If you’re a fan of the tower defense genre, then this is one you should definitely check out. Sleep Attack is out now on Nintendo Switch for a budget $6.99 asking price.

Disclaimer
This Sleep Attack review is based on a Nintendo Switch copy provided by Bad SeedBad Seed.