[Beyond PlayStation] Saints Row: The Third – The Full Package Review

Last year I got to review Saints Row: The Third – The Full Package from Deep Silver and Volition on the Nintendo Switch, a fun take on the third game in the Saints Row series with all of the game’s DLC included for only $39.99. It’s now 2020, and after the great job done porting Saints Row: The Third – The Full Package to the Nintendo Switch, Deep Silver and Volition are back on Nintendo’s console with the sequel, a game that looks at the craziness of the third game in the series and just goes “Hold my Beer.” 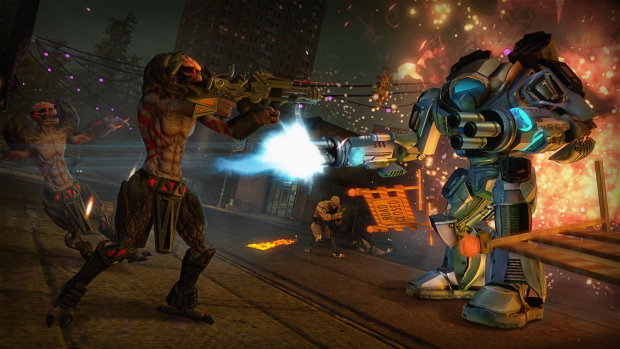 Saints Row IV was originally released back in 2013 on PlayStation 3 – with a port to PlayStation 4 a couple of years later – and it once again places players in the shoes of the 3rd Street Saints. After becoming a huge multiplatform organization in Saints Row: The Third – The Full Package, the only way for the gang to get bigger was to aim for the one thing they didn’t have under their control: the White House! That’s right, in Saints Row IV: Re-Elected, you will be playing as the President of the United States of America!


And if things were not weird enough under that scenario, it turns out that the evil alien warlord Zinyak has unleashed an invasion on Earth! As part of this invasion, the aliens have placed all humans under simulations that present to each one a scenario showcasing their greatest fears, in an effort to break their wills. Because of this virtual world setup, the craziness for the fourth entry in the series is all over the place. But before things can get really crazy, you’ll first have to get out of your own personal hell. 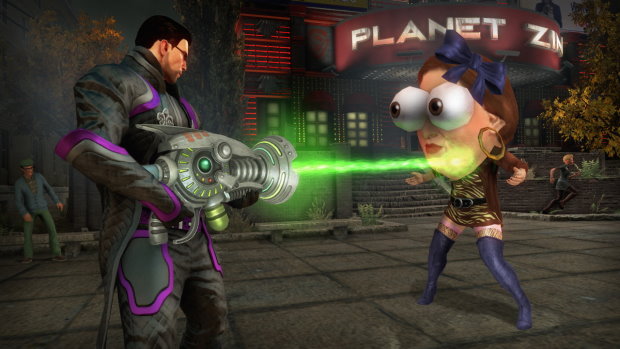 The Boss’ simulation hell (remember, you play as the leader of the Saints) is a 1950s-style sitcom in which everything is wonderful, colorful, peaceful, and nice. There’s no swearing and no violence in this simulation, which is definitely very different from what you’d expect to see in a Saints Row game. To break out of it, you’re going to have to try and make the simulation go off its scripts. How about you start to kill those around you? Maybe if you cause $100,000 worth of mayhem, you’ll be able to make the simulation start to screw up. Between the prologue mission – which takes place years before your Presidential present – and the Boss’ simulation hell, you’ll get a good idea of what you can do in Saints Row IV: Re-Elected – plus, you know, superpowers, because why not?

The Boss is a character you will actually get to customize before you start your run proper in the mission in the present that leads up to the alien invasion being a thing, and you make the Boss a male or female character. You’ll get to customize the overall appearance of the character you’ll be playing as for dozens of hours, changing things here and there as you please, even customizing its voice and pitch. Speaking of voices, one of the options for the male Boss is having Nolan North – he of roles in the Uncharted series, Ty the Tasmanian Tiger 2: Bush Rescue, God of War, Lost Planet, Call of Duty, Assassin’s Creed, and many more. 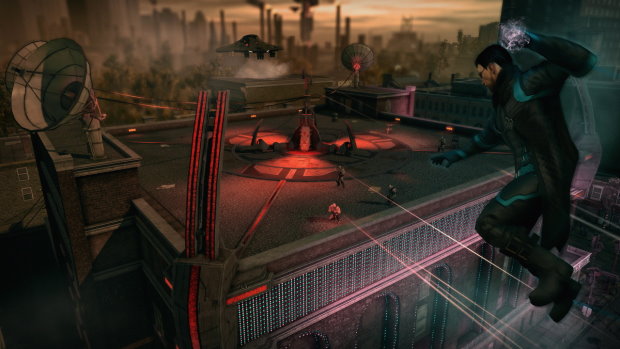 As you play, you’ll gain experience points, which can be used to level up. Once you level up, you’ll get the option to upgrade your many abilities and stats. You could, for example, boost your stamina or overall health so that you can run for longer and take more hits before you’re down for the count, or you could decrease the damage received from small arms. You might also want to invest early on in being able to carry more ammo for each of the weapons you can get, as well as activate a Cache boost so that all Cache you receive is increased by a set percentage. By doing this, you’ll be able to do better before you get more powerful – and bizarre – guns for your arsenal. 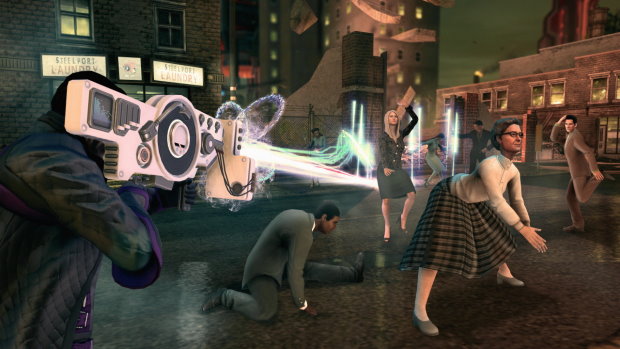 The soundtrack for the game is something I also have to bring up since it’s a solid selection of tracks from many genres that all come together for an awesome mix. You have Aerosmith’s I Don’t Wanna Miss a Thing, Blur’s Song 2, The Romantics’ Talking In Your Sleep, Haddaway’s What Is Love, Stan Bush’ The Touch, Thin Lizzy’s The Boys Are Back In Town, The Presidents Of The United States Of America’s Lump, In Flames’ Deliver Us, Papa Roach’s Still Swinging, Kendrick Lamar’s Swimming Pools, and many more. It’s a solid mix of genres that make for a very entertaining musical time. 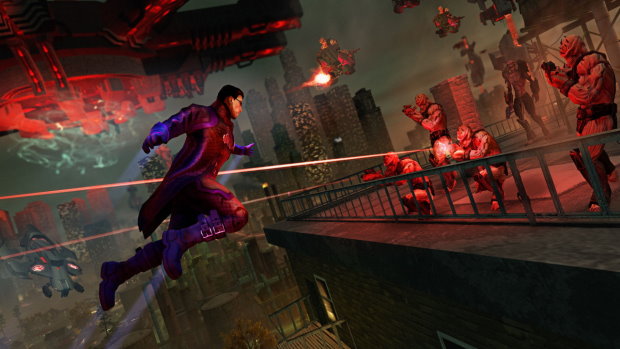 As was the case for Saints Row: The Third – The Full Package, Saints Row IV: Re-Elected on the Nintendo Switch includes the main game along with a lot of DLC – 25 DLC packs to be precise – that include things such as the Dubstep Gun (Remix) Pack, the Commander-In-Chief Pack, the Presidential Pack, as well as two full story expansions that take the craziness of Saints Row IV and dial things up to eleven: Enter The Dominatrix and How The Saints Save Christmas. All of this is ready to go for only $39.99 – the same price as Saints Row: The Third – The Full Package. 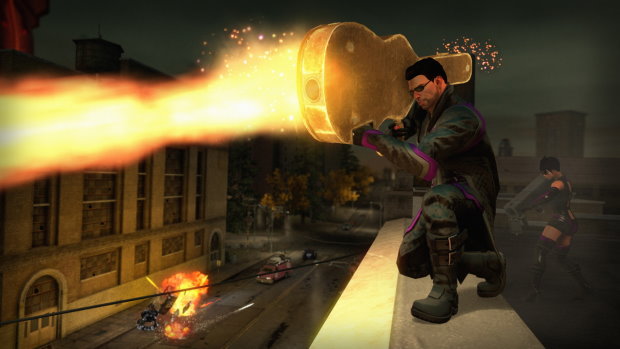 Saints Row: The Third – The Full Package offered a lot of bang for your buck last year, and for 2020 Saints Row IV: Re-Elected is ready to give you another round of crazy, with all DLC packs included along for the ride, for only $39.99. With a great port that performs great on Nintendo Switch when playing in Docked, Portable, or Tabletop mode, a solid soundtrack, and plenty of fun to offer, Saints Ro IV: Re-Elected is one you should get on Nintendo Switch.

Disclaimer
This Saints Row IV: Re-Elected review is based on a Nintendo Switch copy provided by Deep Silver.

Legends of Amberland: The Forgotten Crown Out Now