Rocket Rabbit from Digital Game Group is a 2D arcade-style release in which you’ll control the titular bunny as it tries to outrun others in a race. Learn more in our Rocket Rabbit review! 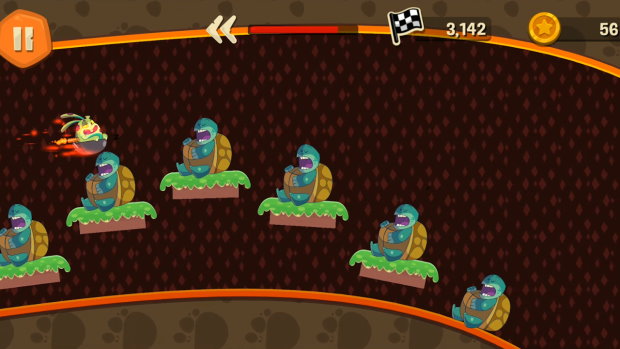 In Rocket Rabbit, you will take control of the titular character as you try to see how far you can help him get in a 2D endless runner sort of scenario. You’ll need to jump to avoid running into other characters as you collect as many coins as possible while you aim at surviving for the longest time. The path will twist and turn as you go, sometimes even having Rocket Rabbit moving on what would be the walls or the ceiling. 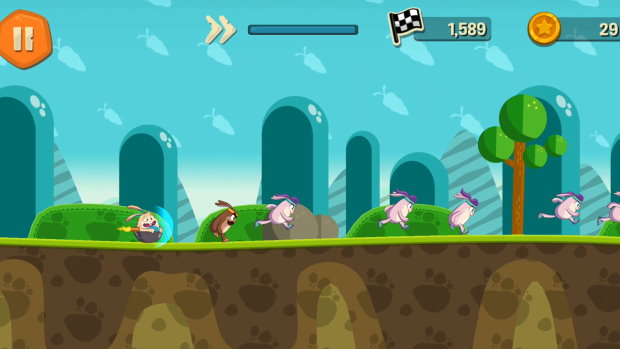 The controls are easy to understand since you’ll be pressing the A button to jump. The longer you hold down the A button, the higher Rocket Rabbit will jump. If you jump on top of enemies, then you’ll be rewarded with more coins for your total. Coins are used in the in-game shop to purchase new skins for your bunny, as well as upgrades that will allow you to last longer in each run that you do. You will also be working on completing some bonus objectives for each run, such as, for example, jumping on top of five characters during a single run. Complete each objective, and you’ll be rewarded with coins. 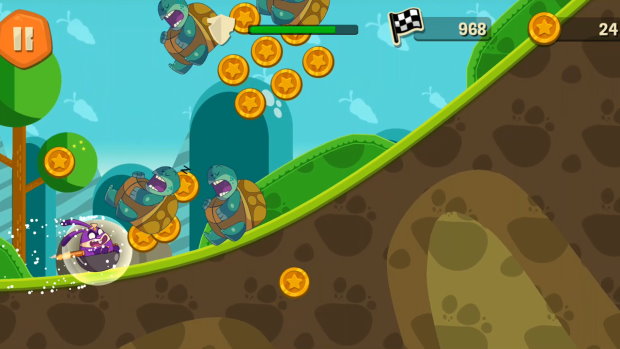 As you play, you will find some power-ups that will help you expand your run. You might find a rocket power-up that will allow you to fly and hover for a bit by pressing and holding down the A button – for as long as the bar at the bottom of the screen will last. Another one will put the rabbit behind the wheel of a bulldozer, which will make it a lot easier to get rid of any opponents who are standing in your way. One more will be an ice power-up that will instantly freeze all opponents for a limited time, making it a lot easier to jump on top of them. 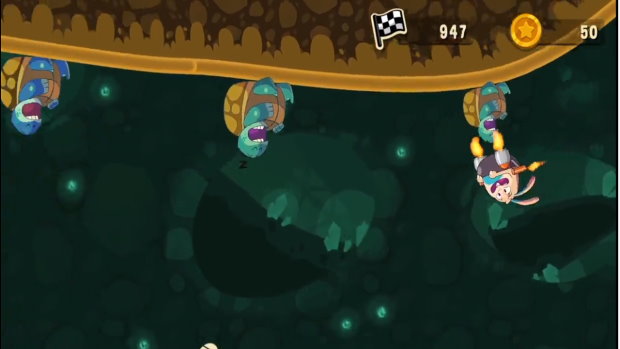 Rocket Rabbits is a fun and colorful 2D endless runner game that will appeal to young kids with its easy to understand gameplay mechanics, and many power-ups to use and skins to unlock. You can buy a ninja, racer rabbit, superhero, zombie, Easter bunny, or a day of the dead skin for your character, giving players some extra incentive to continue playing to collect enough coins for the next skin. The game is out now on Nintendo Switch for $7.99.