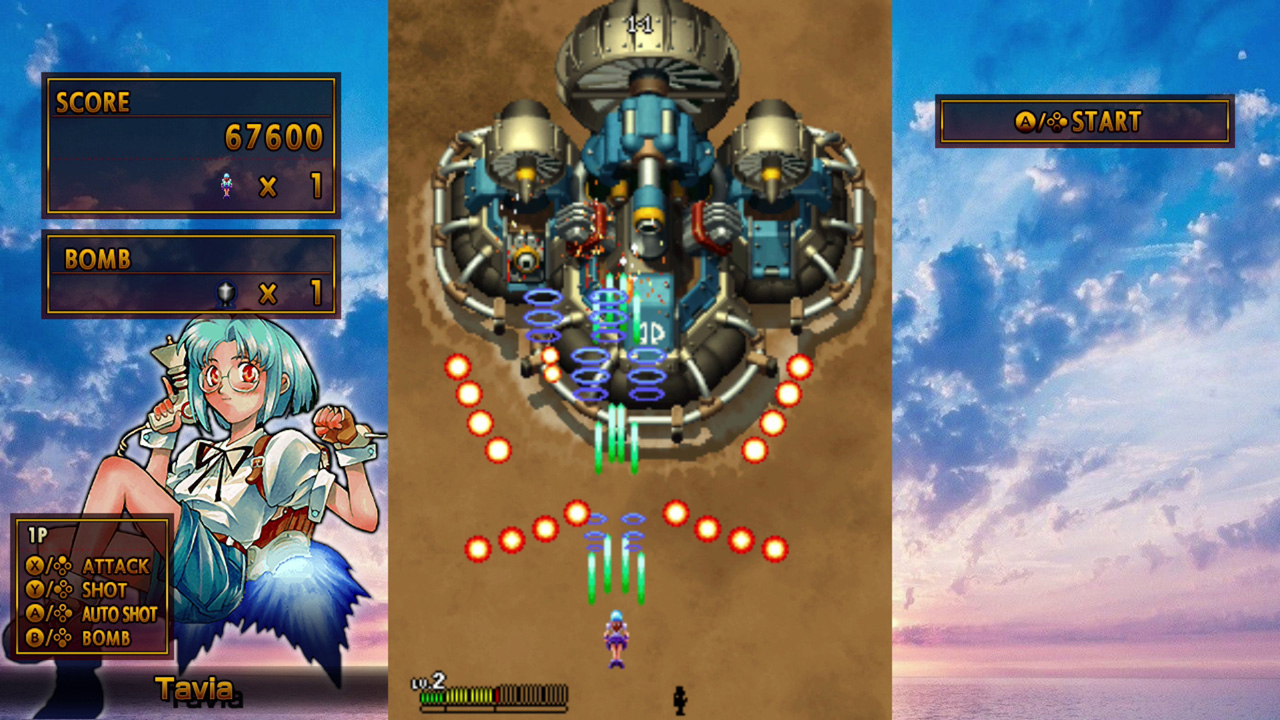 Let’s talk about the Samurai Aces games first as they are all from the same series. I was not as familiar with the games from the Bravo series of games but was looking for more shmups to play. Episode 1 was what I expected, featuring a vertical presentation. You choose a character, each with different skills, and you go to town on the enemies. However, jumping into Episode 2, the series shifted focus going from a vertical shoot ’em up to a horizontal one. I actually dug this and had a ton of fun. With Episode 3 arriving many years later, the graphics shift from sprites to 3D renders, but the gameplay stays very similar with some minor tweaks, keeping the core of the series intact. I really liked this trilogy, and I definitely spent more time with Episode 3 since it felt very different from the other games in this collection. 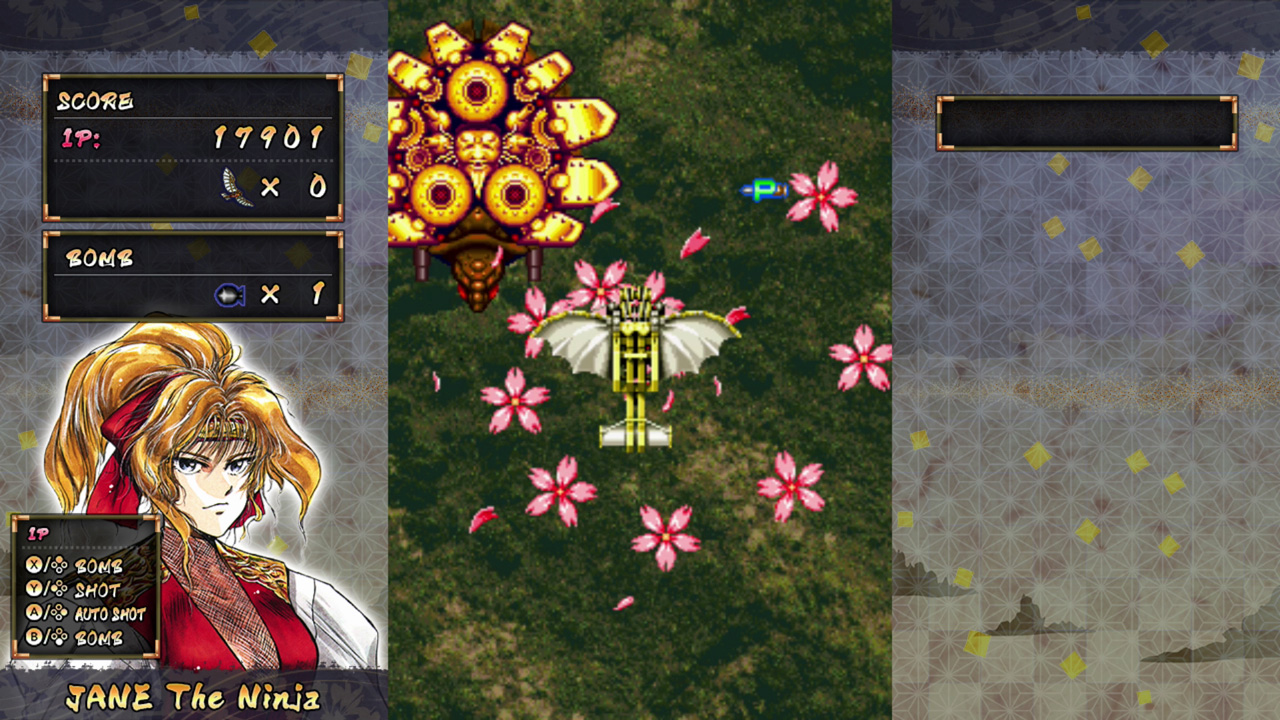 GUNBARICH was actually my favorite game from either the Alpha or the Bravo series. It takes the shmup formula and turns it on its head. GUNBARICH is actually a brick breaker, and you control a ship with pinball-esque flippers on it, and you need to bounce the ball back up at the bricks. Like other brick breakers, you need to break all of them to move on to the next level.

You’ll have your standard affair of power-ups that you would expect from the genre, but what really stood out to me was the boss battles switching from brick breaker mode to more typical shmup action. It really did mix the genres well. This was the game I came back to the most in the collection. I would definitely recommend you put some time in here! 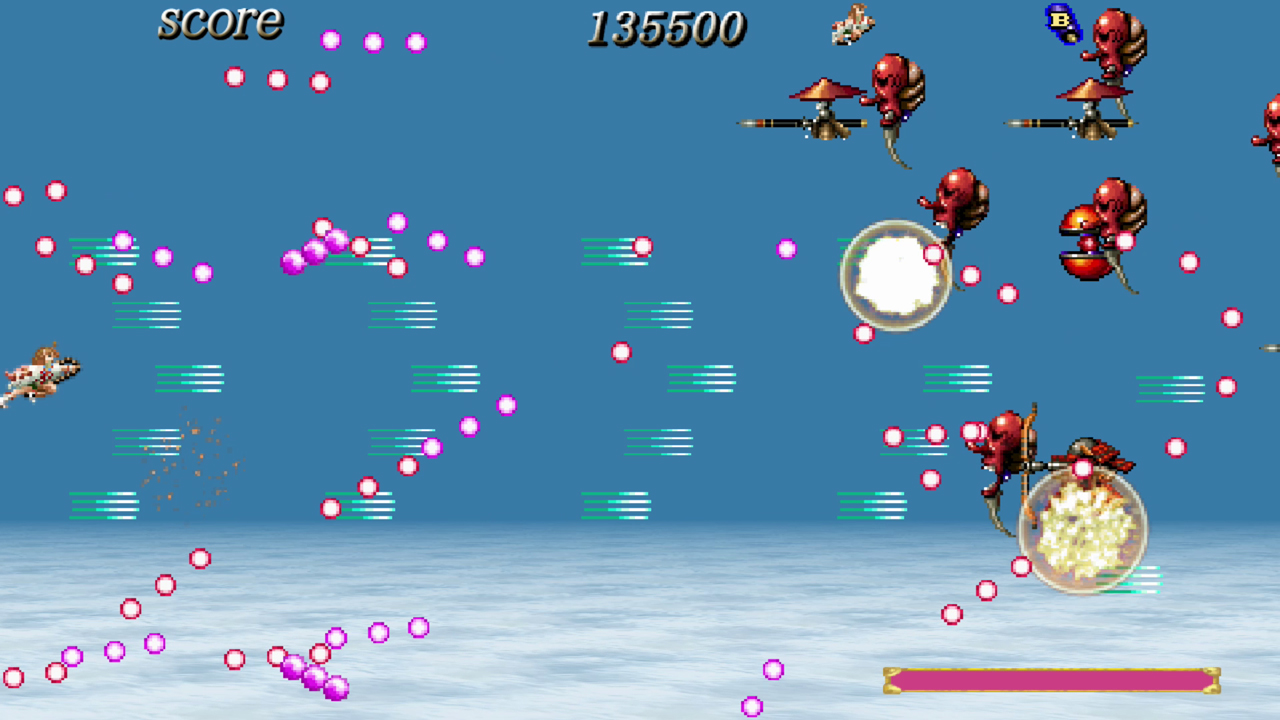 GUNBIRD and GUNBIRD 2 are more traditional shmups. They both have stories, but they’re really inconsequential to the action. Pick your character from five options in the first game and seven options in the second one, and start blowing up everything that comes into the screen!

GUNBIRD does change up the strategy a bit, and it’s actually a little bit easier than some of the others in the collection, as you will not die immediately if you touch an enemy. Instead, you will lose the leveled up power-up you had, dropping you down a level. It’s considerably more forgiving than other games in the genre and honestly a great entry point for those just getting started with shmups or bullet hells. It allows you to learn as you go and get better with run you do. 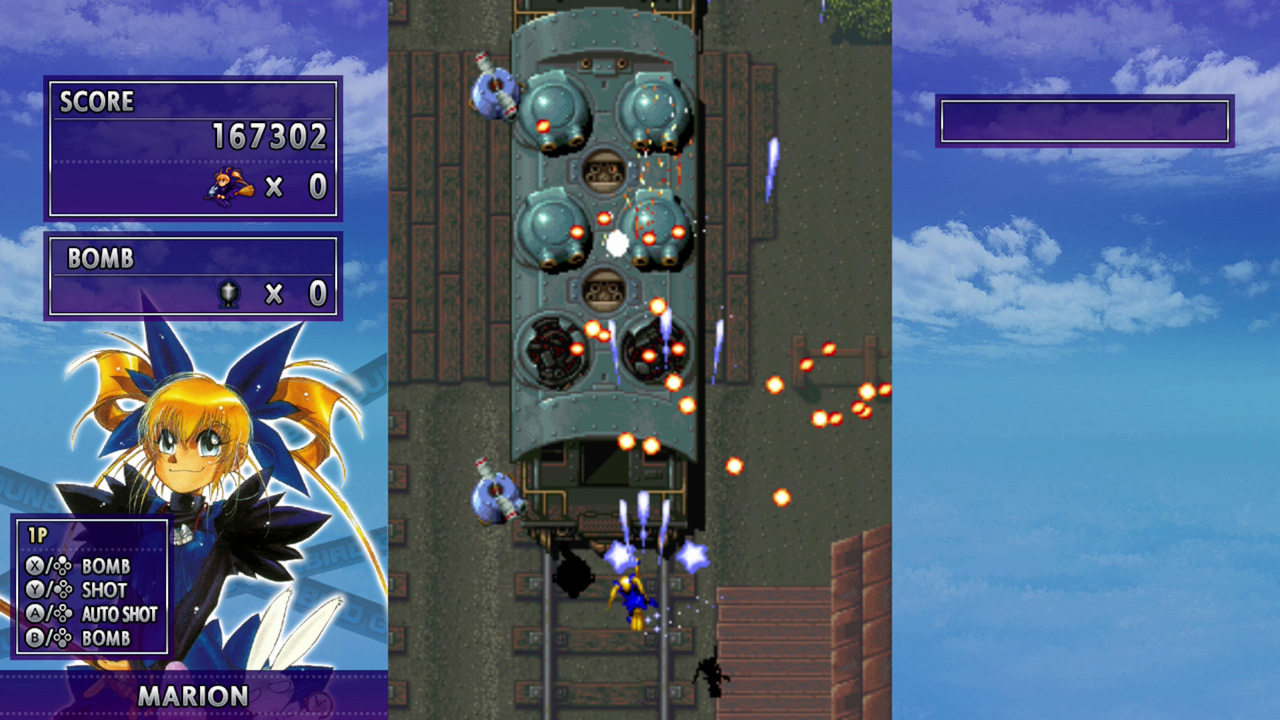 Features of the collections are almost identical to Psikyo Shooting Stars Alpha. One of the big things I liked was the ability to turn the screen to the side, allowing you to play vertically using the Nintendo Switch’s screen much more effectively. If you have the excellent Flip Grip accessory for the Nintendo Switch, then this option is even better. All of the features in all of the games are customizable. You can make it as easy – or as punishing – as you want. You can also fool around with the filters to replicate a CRT look from playing on the older arcade monitors from back in the day. The only thing I would have liked to see would be a Museum feature showing concept art, videos, and more history on the titles in the collection.

Final Thoughts
I really liked Psikyo Shooting Stars Bravo, which honestly doesn’t surprise me. I’m a fan of shoot ’em ups, and this is another great collection that greatly complements the options in Psikyo Shooting Stars Alpha. If you love the shmup genre, don’t miss this classic collection on the Nintendo Switch. Also, be sure to play GUNBARICH a lot, because that game is so good! 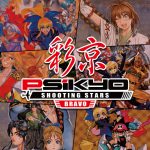 Disclaimer
This Psikyo Shooting Stars Bravo review is based on a Switch copy provided by NIS America.

Help Will Come Tomorrow Out Now