[Beyond PlayStation] Path of Giants Review

Path of Giants from Journey Bound Games is a charming and relaxing puzzle game on Nintendo Switch. Learn more about it in our Path of Giants review!


Path of Giants was developed by the husband and wife team at indie Journey Bound Games, with a soundtrack from Clark Aboud. In it, you will take control of three explorers who are out on an adventure in search of the Lantri, a fabled treasure hidden by the Old Kings. It was rumored to have been left under the protection of mighty giants, sealed behind a series of trials. Any explorer who dares to set out on an adventure to find the Lantri must, therefore, search for it by following the Path of Giants… 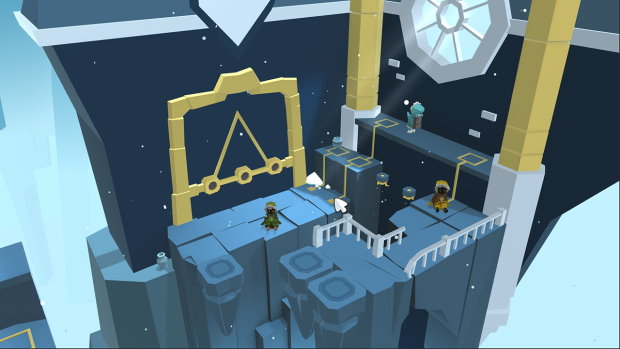 The game from this indie team stands out on Nintendo Switch thanks to its charming art style, clever puzzles, solid soundtrack, and by not having any time limits and no limits on the number of moves you can make as you take on each challenge so that you can take your time as you try and solve each of the puzzles at your own pace. Since you’ll be controlling three explorers at once, you’re going to be experiencing what could best be described as a single-player co-op adventure.


Controls are easy to understand since you can use the left analog stick to move the cursor around the screen, panning the camera with the right one. You can slow down the cursor with the L button, or speed it up with the R button as needed. You will select a player by pressing the ZL and ZR buttons to move to the explorer to the left or the explorer to the right, to the confirm with the A button, setting a target location with the same button. There’s also the option of controlling everything with the Nintendo Switch’s touchscreen when playing in Tabletop or Portable mode, or for those of you with a Nintendo Switch Lite. 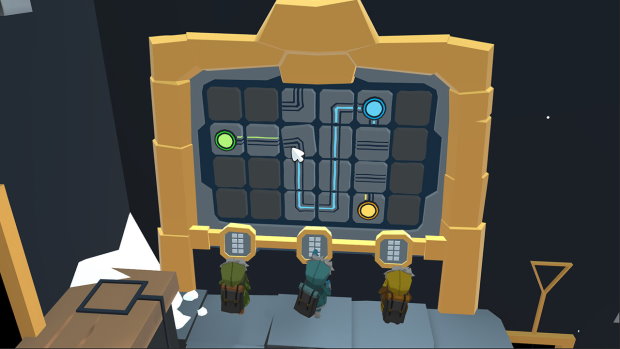 To solve the puzzles, you’re going to have to boost up – or sometimes boost down – with the help of your explorers. Since there are three of them under your command – one blue, one green, and one yellow – you can use them in perfect synchrony to solve any issues you have. Without spoiling any of the puzzles for you, I’ll mention something that you’ll see during the starting Tutorial section. You need to get the green explorer to a platform, but it’s too high for it. But if you place the yellow explorer close to the first platform, and then boost the blue explorer on top of the yellow one, the green explorer will be able to reach its platform! 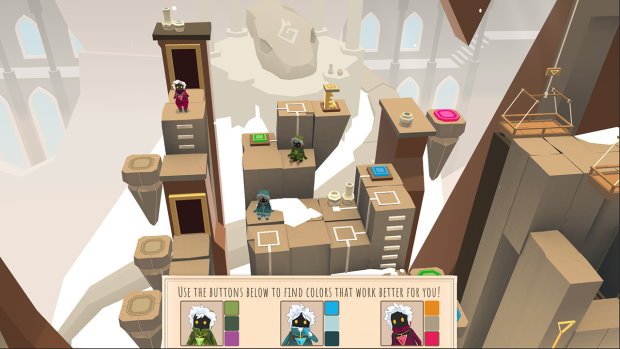 You will also need to use connecting doors to travel around each stage, floor switches that will say, activate rotating platforms, or devices that might end up making a set of stairs conveniently appear at a spot from which you can help one of your explorers carry on with the group. And to add an extra layer to the whole thing, these switches will also be color-coded, so the right adventurer needs to be used to activate them! Oh, and please don’t forget to keep an eye out for any pots on each stage, since you’ll have to break them to collect the coins that some of them are hiding inside. And once you manage to get all explorers to the exit of a level, you’ll still have to complete one final puzzle in which you’ll have to rotate some tiles so that all three colored circles on the door are connected. 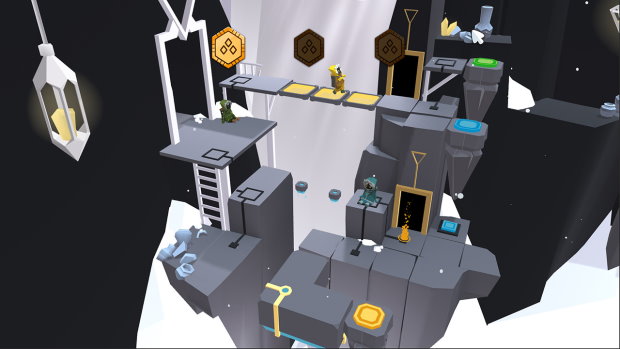 Path of Giants features an in-game Achievements system, with a nice variety of objectives to complete. There’s one for boosting up on one of the explorers, breaking seven pots in seven seconds, riding 30 elevators, completing any Winterfest Island without using undo, completing 12 levels without using undo, or collecting all of the coins, to name some examples. There are also six hidden achievements that you’re going to have to find out on your own by playing Path of Giants, so be ready! 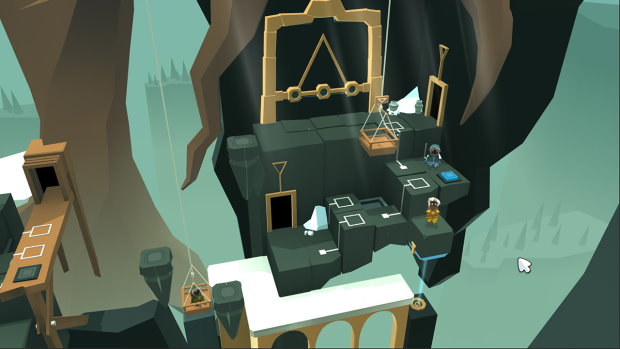 Path of Giants was a pleasant surprise on the Nintendo Switch. With more than 80 puzzles to offer, new gameplay elements that are introduced at a steady pace as to not overwhelm players and the possibility of gamers to play each stage at their own pace, Path of Giants is one I highly recommend you get. The game is out on Nintendo Switch for only $8.99, and you should add it to your collection!

Disclaimer
This Path of Giants review is based on a Nintendo Switch copy provided by Journey Bound Games.