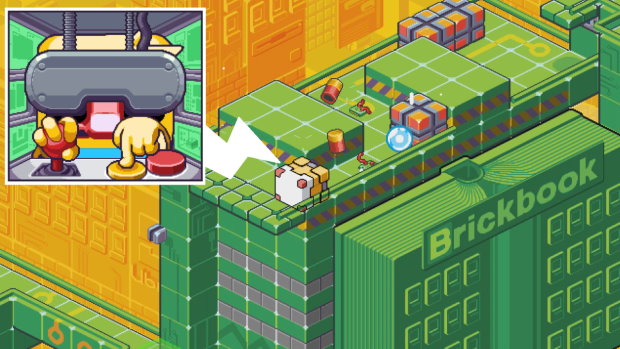 Nitrome released Gunbrick for mobile devices back in 2015, and it’s now gone back to the drawing board to give us Gunbrick: Reloaded, a revamped take on the already fun experience. New for its Nintendo Switch debut are new cutscenes, new tunes for the game’s soundtrack, new menus, new tutorials so that you can get the hang of things, HD rumble support so that you can feel as the Gunbrick rolls through each level, as well as two new level packs – Retro and Isometric – for even more content. 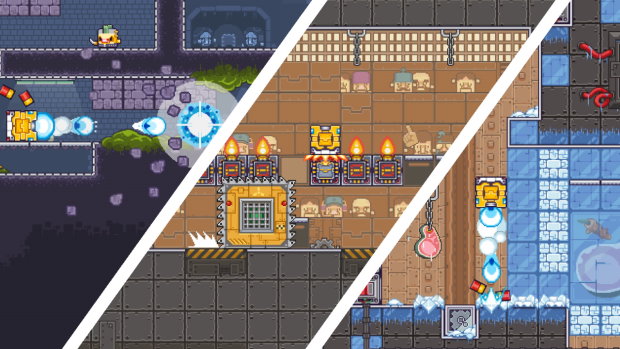 As for the story’s setup, Gunbrick takes place in a future in which cars have become obsolete, and the titular Gunbrick has become a smash hit around the world! As the name suggests, the Gunbrick is a square brick that has a shield and a gun. You’ll be rolling around the Gunbrick, using your shield to protect yourself from hazards while using your gun for many things. As you play, you’ll activate checkpoints that will save your overall progress for the level, in case you make a mistake, so that you can quickly respawn there. You’ll move around with the left analog stick or the D-Pad, using your gun with the A, B, Y, X, L, R, ZL, or ZR buttons. The Gunbrick’s gun is not only for shooting at things since it can also be used to propel you upwards when firing down below. 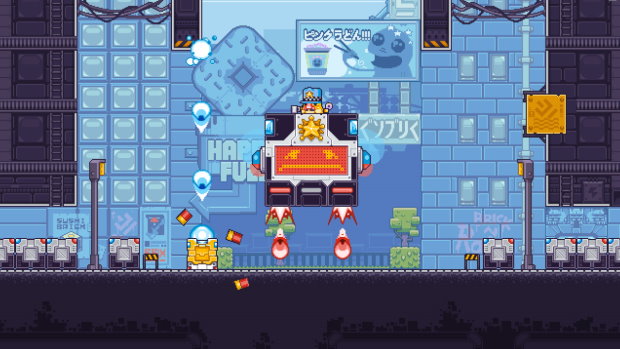 While you explore each level, you should keep your eyes open for the different collectibles that will end up opening the way to the secret stages for Gunbrick: Reloaded that change the way the game looks and feels while retaining the overall gameplay mechanics. These look like glowing green squares with a cloud symbol on them, which makes them very hard to miss. Once you’ve collected one, after you complete the level, you’ll be asked if you want to take on that bonus stage or carry on with your regular run. 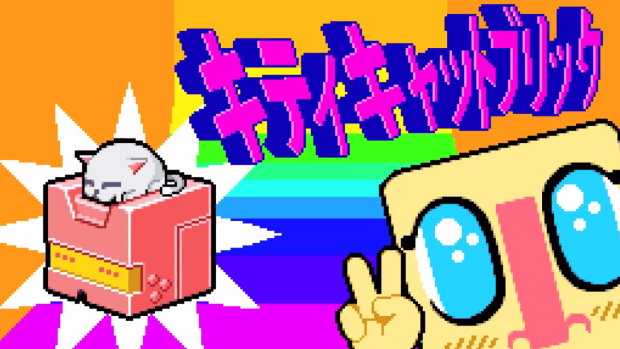 As you progress through the game, more and more hazards and dangers will be added. Since a single hit is all it takes to destroy your Grunbrick and make you respawn at the last checkpoint, you’ll need to be careful about how you roll around your vehicle and how to make the most of your shield. There are going to be things such as open flames that will spell bad news or police Gunbrick that will be shooting their mighty guns non-stop. You’ll also have to use switches that will open up mechanical barriers or switches that turn colored barriers on or off. These switches can be activated either by pressing them with your Gunbrick or by shooting at them.


For every set of stages, you’ll get to take on eleven 2D puzzle stages, with the twelfth stage for the set being a boss fight. You’ll need to pay attention to the boss’ movement and attack pattern because you have to remember that a single hit is all it takes to destroy your Gunbrick! You’ll need to make good use of your Gunbrick’s shield to protect yourself from any attacks, as you try to find the right window of opportunity to deal some damage. Hit the boss three times, and you’ll carry on to the next set of stages! 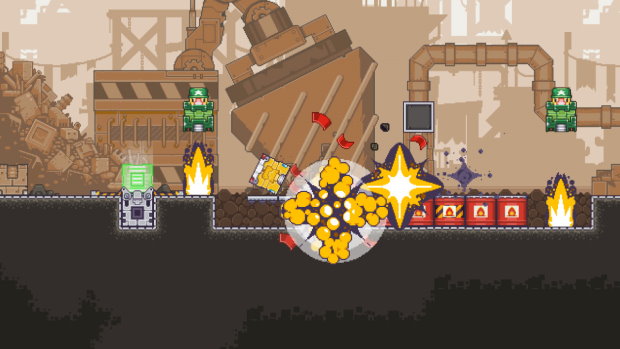 And along with the game’s colorful look and the solid pixel art style, I also have to mention the music from Eirik Suhrke, who also worked on Super Crate Box and Ridiculous Fishing, is as upbeat and charming as the game itself, making for a great complement to the puzzle action. You can get the soundtrack at Eirik’s Bandcamp page for only $4 by clicking right here. 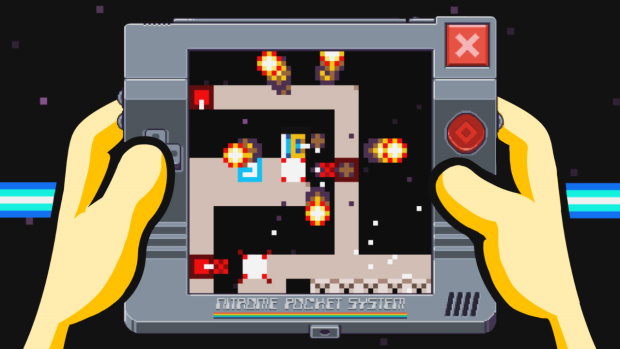 Disclaimer
This Gunbrick: Reloaded review is based on a Nintendo Switch copy provided by Nitrome.

Save Your Nuts Out Next Week