Given that the game is aimed at kids, the controls are very easy to understand. You’ll move your character by pressing left or right on the left analog stick or the D-Pad, making your character auto-jump upwards as soon as it lands on a platform. Miss a platform, and you’ll fall down, and if you can’t land on any platform before hitting the bottom of the screen, it’s game over. You’ll have to avoid enemies as you jump. If you have any magical power-ups, you can use them with the X, A, and B buttons. 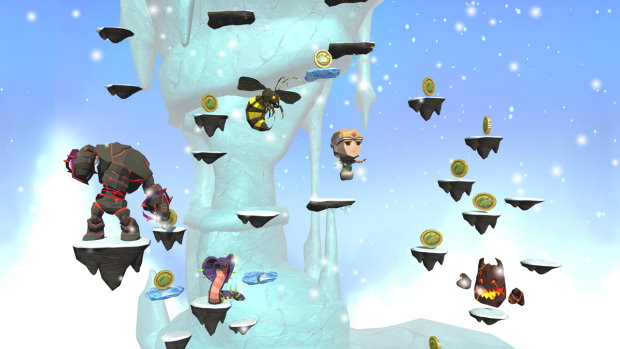 As you go higher and higher, you will collect elemental coins that can be used to play the prize machine, as well as for buying power-ups. You can use the in-game currency you win from your efforts to purchase one of three magic powers to aid you. Each one is going to cost you 25 elemental coins and will start the game with five of each power-up. You can also find these magical powers as you play, so be sure to pick them up! The blue potion with wings will make your character fly upwards. The shield power will protect your character from harm for a short period of time. The last power-up is the mighty tornado, which will send you flying upwards with great speed, allowing you to climb very high in one go. 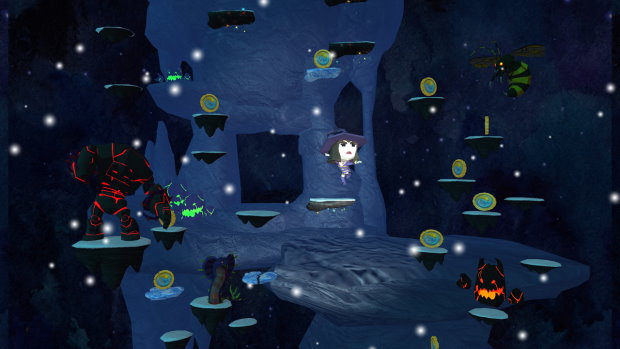 Along with the regular platforms that will make your character auto-jump, some of which will be stationary, while others might be moving left and right, there are also going to be elemental platforms in a level. The elemental platforms, be them of ice or, say, rock, will break after your character lands on them twice, so you should immediately jump elsewhere if you don’t want to fall! There are also going to be some mushrooms on which you can land to be propelled upwards. You’ll need to always move so that you can gain points to try and beat your overall high score from previous runs. 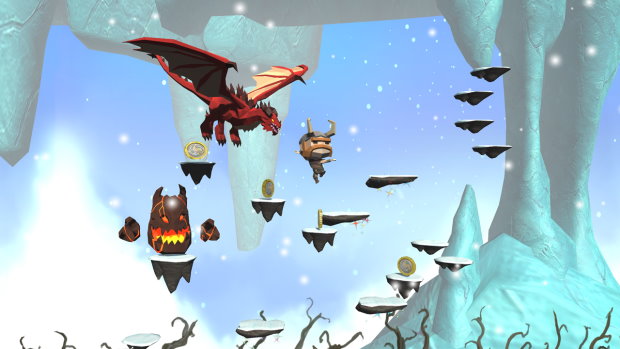 You can also use coins to play the prize machine. Each play will cost 150 coins, and it will allow you to gain new characters. You start with only two characters unlocked: Ice Queen and Hildey. There are more characters to unlock as you play, such as Mr. Bumpkin, Haggler, Leif Erikson, Bullet Head, Blackbeard, Redbeard, The chief, Gretta Goblin, Bonnie the Pirate, elf Katy Cavalier, Samurai Sam, Ninja Nick, Bones, Sir Bones, Gypsie Rosie, Dakota Jayne, Merlin, Glenda, Dark Knight, and many more. 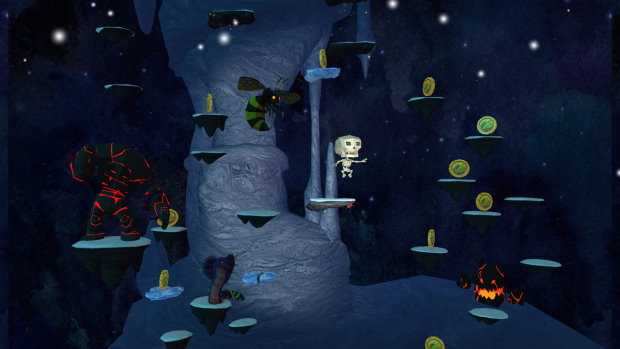 Frozen Friends is a minimalist arcade-style game of which you’ve probably played one or another variation on mobile phones or consoles. It offers three magical power-ups, elemental coins to collect, and two variations for the stage – a daytime forest and a nighttime variation, and unlimited replay value since you can always see if you can beat your previous high score, or unlock all characters in the game. It’s a casual release that will be fun for young players, and it’s out on Nintendo Switch $9.99.

Disclaimer
This Frozen Friends review is based on a Nintendo Switch code provided by Digital Game Group.

[Beyond PlayStation] A Fold Apart Review