Convoy from Convoy Games and Triangle Studios is a tactical roguelike inspired by Mad Max and FTL. Learn more about it in our Convoy review!


In Convoy from Convoy GamesConvoy Games and Triangle StudiosTriangle Studios, you’ll take on a post-apocalyptic tactical roguelike release now out on Nintendo Switch. It presents its action from a top-down perspective, while also making generous use of a tactical screen from which you can take care of business. Your spaceship was out and about when it was struck down when going through an asteroid field, and now you need to scavenge enough parts to be able to repair it. You landed on a hostile planet and must decide how to proceed with your convoy by checking out radio signals and picking out the ones you will follow, which will lead you down different scenarios. 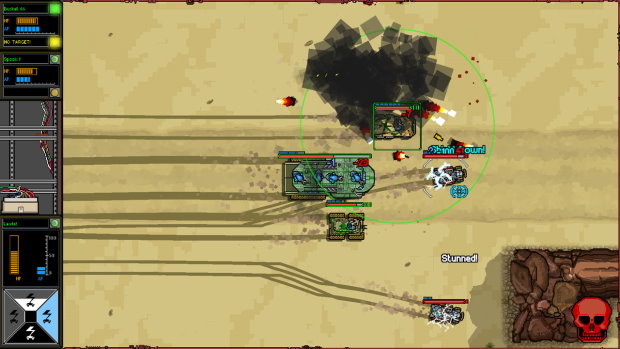 Due to the game’s nature, I suggest that you first take the tutorial for a spin so that you can get the hang of things and learn all of the basics. Along with the parts you’ll have to locate for repairing your spaceship, you should also make sure to collect as many bolts and as much loot as possible since you’ll need it to upgrade your vehicles so that you can stay alive. Why? Because you’re not the only one who is out there in this post-apocalyptic world, and the strangers that you meet are not going to be of the friendly variety.

Your group will include the main convoy vehicle (MCV), which is the most important vehicle you will have, since if the MCV falls, then you’re done. Right next to the MCV will be an escort unit, which is there to try and keep the MCV in as good of a shape as possible. While the MCV will have more health than escort units, that doesn’t mean you can just allow enemies to take shots at it non-stop. You will need to keep an eye on all vehicle’s armor and overall health, or else you could find yourself in a lot of trouble. 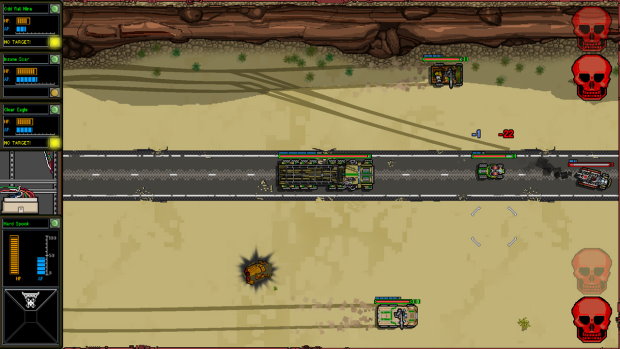 The MCV can’t be controlled directly, so you’ll need to focus on making the most of your escort units. Once you’ve selected one, you can use the left analog stick to move the cursor around the screen to select where it will be moving to, or if it will be targeting an opponent. You need to keep in mind where your units are and where enemies are located because if you’re too far away, you’re going to leave your convoy open to a lot of hurting. The more units you have under your command, the easier it will be to plan your defense. 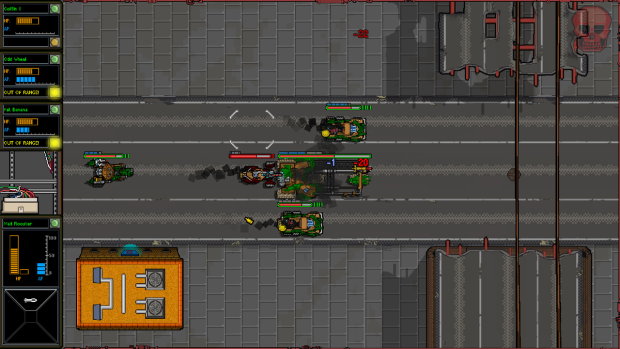 As you explore the planet, you should make good use of your map, which will not only give you valuable information on your general surroundings but also on how many bolts and fuel you have, as well as if you have collected any quest items. There are going to be different main story objectives to complete, but you can also take on side objectives that can provide you with a boost in resources. The map will also show you your cargo bay, which is where loot is stored. All of this will be important when you make it to camp. 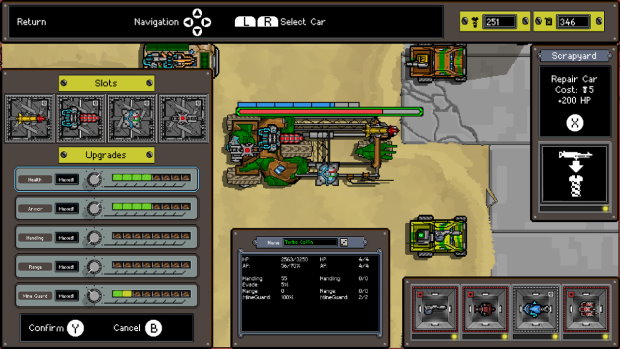 At the camp, you’ll be able to purchase items from the shop, make upgrades to your vehicles, as well as repair any damage they might have received. Upgrades include boosting the vehicle’s health, armor, handling, range, as well as mine guard. You can also install new weapons. For this, you should consider the damage per second (DPS) of a weapon, as well as how much damage it does to health and armor, and how long it takes for it to reload. As for what you can buy at a shop, this can include fuel, items, as well as vehicles to add to your group.


The items you need to obtain to be able to repair your ship, are the Blue R998X Chip, which is essential to the FluffOS which runs most of the systems on your spaceship; the Compression Coil, which is needed for running the main engine of your spaceship, not to mention life support, the gravity thrust, and its power plant; the Flux Capacitor, a rectangle-shaped compartment with three flashing Geissler tubes, which will require 1.21 gigawatts of electrical power to become operational; and Sonic Screws, which give out a soft blue glow, and are needed for keeping the hull in one piece when you’re traveling faster than light travel. 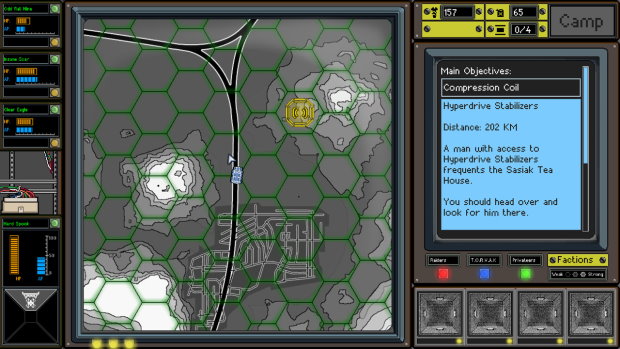 Convoy features an in-game achievements system with almost 30 objectives to complete. You’ll unlock achievements for doing things such as killing 35 enemies during a single run, killing 250 enemies in total, traveling for 6,000 KM during a single run, for defeating specific mini-bosses, for killing an enemy without taking any damage, spending 10,000 fuel in total, winning a battle without firing a single shot, having 2,000 bolts in your stock, or for completing 20 scenarios, to name some examples. It is a list that will keep completionists busy for a while. 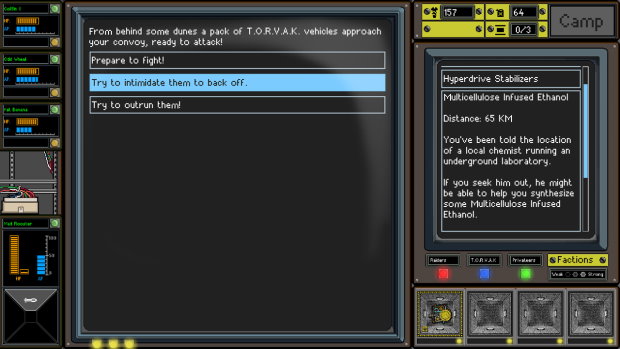 Convoy is a challenging but fun post-apocalyptic tactical roguelike game on Nintendo Switch with an overall solid difficulty curve that will keep you on high alert without being overwhelming or unfair. There’s plenty of content in this one, and you’re certainly not going to get to the end of your mission during your first run or two. The one complaint I have about the game is that the font size is too small when playing on a TV, and it’s certainly tiny when playing in Portable or Tabletop mode, but at least you can zoom in on Nintendo Switch to get a closer look. Convoy is out on Nintendo Switch for $14.99.

Arcade Spirits Out Today On Nintendo Switch And PS4