Chapeau from Salt Castle Studio is a multiplayer party game that is all about the power of hats. Learn more in our Chapeau review!


Chapeau from Salt Castle Studio is a parkour party game in which you will control a hat and battle against other hats as you try to make the most of your skills in maps that are populated with humans on which you can land – or propel yourself from. And yes, everything you just read is for a real game now out on Nintendo Switch. Up to four players can take on what Chapeau has to offer in its local split-screen mode, be that with four human players, or by having some of the slots taken by the always handy AI bots. 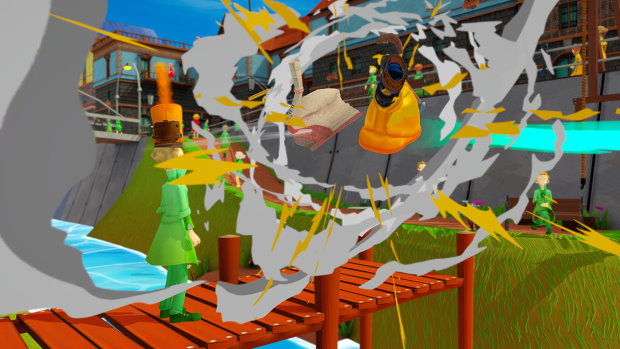 Before you dive into the game proper and its different gameplay modes, I suggest you take the Tutorial for a spin so that you can get the hang of things. You’ll move your hat around with the left analog stick, aiming where you go by using the right analog stick. You can jump with the B or ZR buttons, dashing with the ZL button. If you press and hold down the ZR button, you can dash onto someone’s head to build speed and momentum, so that you can clear longer jumps in one go. If you don’t hold down the ZR button, then instead of boosting of a human, you’ll just land on top of their head and remain there until you jump off. You can flip your hat in mid-air with the L button to gain some extra height, stomping down to the ground with the R button. If you manage to collect an item, you’ll get to use it by pressing the Y button. 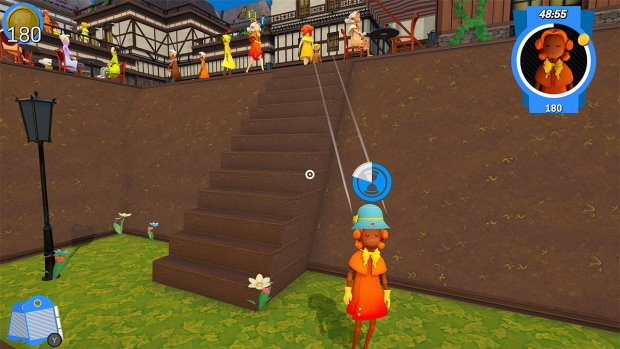 The items you can collect are a nice variety of power-ups that can aid you during a match. You could get one power-up that calls in a good boy to aid you, another one that transforms you into a meteorite that will travel forward at great speed, a shield that will protect your hat from harm, the power to call upon the might of a black hole, or another one that will allow you to leave behind some doppelgänger that might be able to trick your opponents.

As for the different modes you can play in, there’s Color Craze, in which you will have to tag as many humans as possible for your team before time runs out – while making good use of color orbs to tag more humans. Another one is The Floor is Lava, a mode in which you must collect coins around the map or steal them from other hats, all while trying to avoid falling into the lava since you will lose coins. The last mode is Where is Wilhelm? For this one, you must be the first to find and catch the wanted human, using the arrows placed around the map as hints that will lead you to it. The faster you are at finding it, the more points you will get! 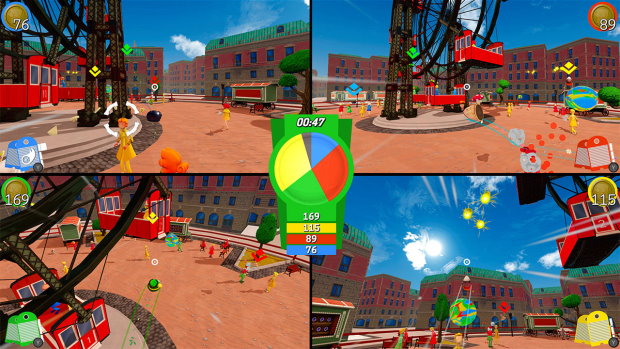 There’s plenty of stuff for you to unlock as you play Chapeau. You will start the game with six hat types unlocked, and there are ten more for you to get your hands on. There are also 68 skins in total to collect and apply to the different hats you’ll play as thirteen trails to unlock, and seven maps in total. The game will also keep track of many stats based on your actions, such as how many coins you’ve collected, how many heads you’ve landed on, the total number of games you’ve played, the coins you’ve stolen, and more. 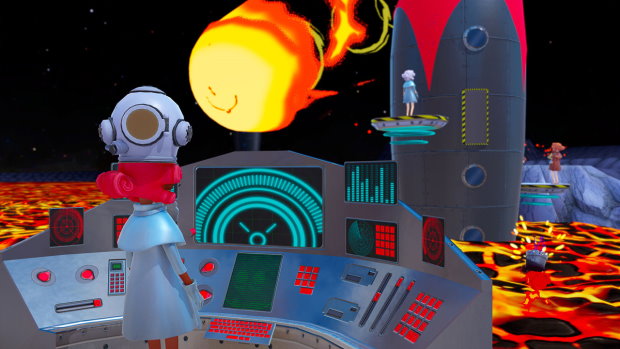 Chapeau features an in-game Achievements system with a list of 31 objectives for you to complete. The list includes things such as beating specific challenges, winning a game of Color Craze with at least 200 more coins than your opponent, being victorious in a game of The Floor is Lava, beating the Tutorial, spending five minutes on the game’s main menu, scaring five birds away in a single game, jumping on a grand total of 10,000 heads, playing every mode at least once in all available maps, landing on at least 200 heads in a single game, or winning a game while having the slowest overall speed, to name some examples. 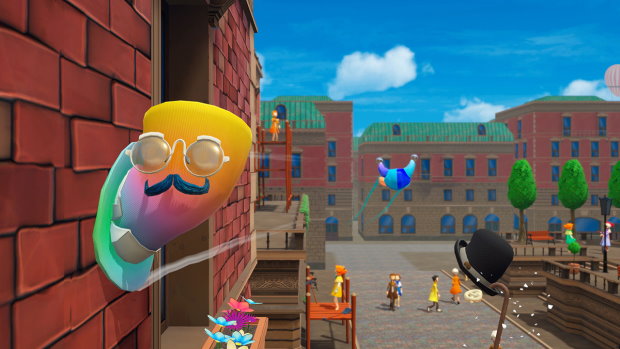 Chapeau is a fun local multiplayer party game on Nintendo Switch with a crazy premise, a colorful presentation, three game modes to play in, and plenty of extra content to unlock, all for $14.99. Add the extra challenges you can take on, which have specific scenarios for you to beat, and you have a crazy and weird game that is certainly unique. 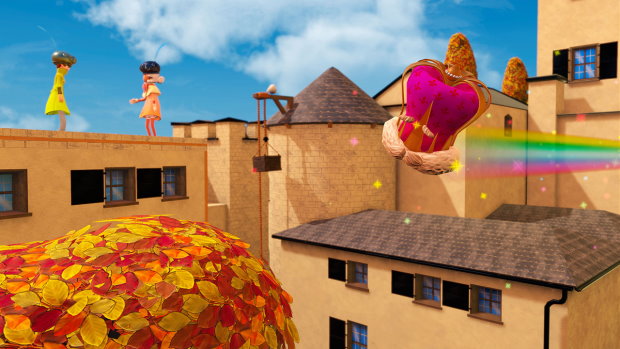 Disclaimer
This Chapeau review is based on a Nintendo Switch copy provided by Salt Castle Studio.

ITTA Out Today On Nintendo Switch