We’re working on a review for Roundguard, so I got in touch with Wonderbelly Games to talk a bit about the game. Come check it out!

PS4Blog: Good morning! Thank you for taking the time to do this interview. Could you please tell our readers a bit about yourself and your work?

My name is Andrea Roberts. I’m one-third of Wonderbelly Games alongside my husband Bob and our good friend Kurt Loidl. We’ve all been friends for more than a decade! We used to work in AAA game development while making little hobby projects on the side. Kurt and I worked on Fable games and more at Microsoft. Bob led the design team at Monolith on Shadow of Mordor. But we finally decided to make the decision to go indie with Roundguard! 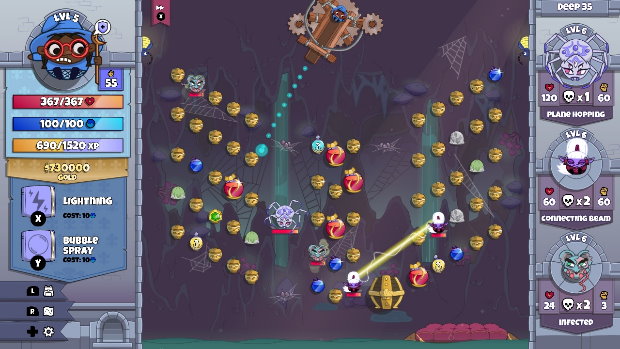 PS4B: Roundguard is ready to go on Nintendo Switch and PlayStation 4. How would you describe the game to someone who’s never heard about it?

Roundguard is a bouncy, physics-driven dungeon crawler with lots of loot and a randomized castle full of oddballs. If you’re familiar with the old PopCap game Peggle, the easiest way to describe it is “Peggle + Dungeon Crawler Roguelike.” You choose one of the three classic fantasy classes (Warrior, Rogue, or Wizard) and shoot your little hero face-first into a room full of monsters, potions, and pots full of gold. As you delve deeper into a procedural dungeon map, you’ll find increasingly powerful randomized equipment and items, and learn new skills to maintain more control rather than letting physics do all the work. 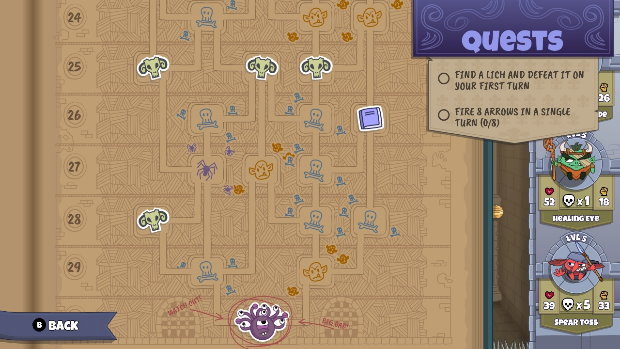 PS4B: How long did it take to work on the game for it’s Nintendo Switch and PS4 debut? Where there any particular hurdles or challenges you had to overcome?

We started working on Roundguard about three years ago. Bob and I had just had our daughter, and we initially began developing Roundguard during her nap times and after our day jobs. We started to gather more public and publisher interest after showing it off at PAX and other big gaming shows, and eventually, we were able to feel like we weren’t crazy to give it our full-time attention. 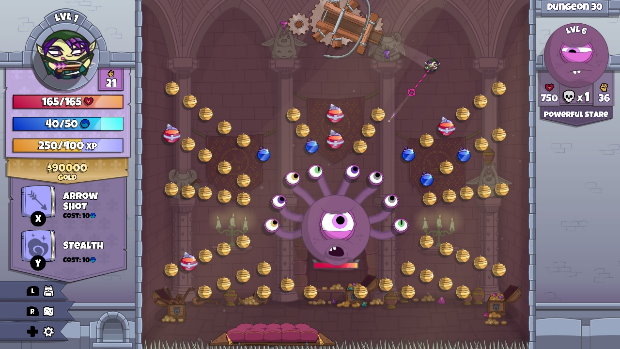 I’ll say the hardest thing about developing a game full of randomized elements is testing and balancing. There are so many combinations of loot properties and procedural level design that a tiny team can’t hope to cover every nook and cranny themselves. We started a closed beta about nine months before launch and grew an active community on Discord, and that really helped us find issues and balance the game far better than we ever could have managed on our own. And, of course, we’re still gathering feedback and ideas from the community now that we’re live! 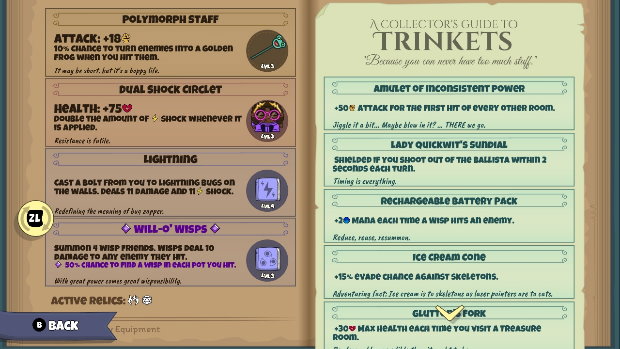 PS4B: Given the game’s nature, are you considering releasing any additional content – such as more quests, more monsters, or more heroes – as DLC? 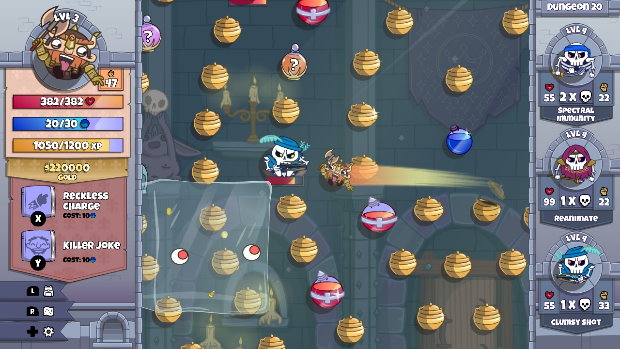 All we’ve ever wanted is for our game full of bouncing and bad puns to bring some smiles to people’s faces. Now more than ever. <3