We’re working on a review for Talisman: Digital Edition, so I got in touch with Nomad Games to talk a bit about the game’s development. Come check it out!

Hey there, thanks for having us! We’re doing great thanks, busy with two games landing on the Nintendo Switch this week but we couldn’t be more excited to see them go live. 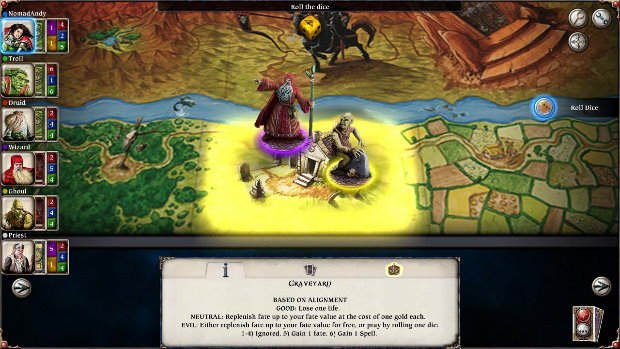 PS4B: Talisman: Digital Edition is now out on Nintendo Switch. What can you tell us about this game?

For anybody who hasn’t heard of Talisman before, it’s a classic 80’s board game which was developed and published by Games Workshop. Players need to gain Strength, Lives and Craft as they battle each other and enemies as they race to claim the magical artefact: The Crown of Command. The game is full of luck, strategy and betrayal, it’s definitely one where you have to keep a watchful eye on your opponents as you never know what spell they’re about to cast on you.

We created Talisman: Digital Edition, closely with Games Workshop, ensuring it’s true to the original board game and doesn’t deviate from it’s original form. It originally released on Steam in February 2014 closely followed with it’s release on mobile in August 2014. Since it’s launch we’ve sold over half a million copies and have a loyal community on Discord where players can meet and find groups to play with.

The Nintendo Switch version of Talisman: Digital Edition has released with all Characters and Expansions available to buy from launch. We’ve also released the base game with three expansions included in the price – The City, The Sacred Pool and The Frostmarch. These expansions are beginner friendly so anyone can pick the game up and go. The Nintendo Switch version will also be cross platform compatible with all other platforms. 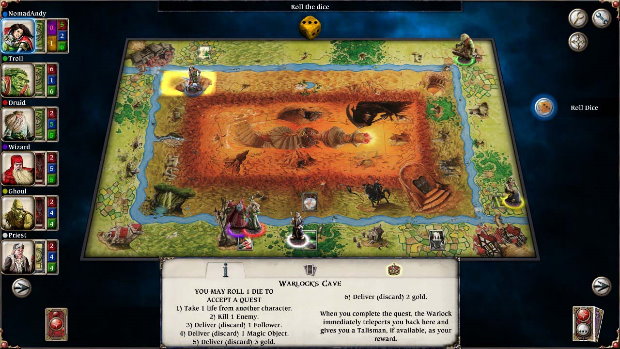 PS4B: Did the experience with porting Deathtrap Dungeon Trilogy to the Nintendo Switch last year help during the porting of Talisman: Digital Edition?

Deathtrap Dungeon Trilogy was our first step into Nintendo Switch gaming and we did learn a lot about Nintendo’s processes for submission and approval. They care a great deal about the quality of games on their store and so having a game already on the store helped us a lot. Also, adding support for the Switch’s JoyCons had to be carefully designed and our experience with Deathtrap Dungeon Trilogy allowed us work out the best implementation of controller support. 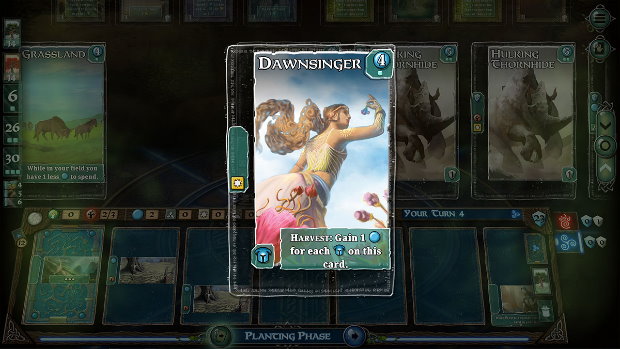 PS4B: Mystic Vale is also releasing soon on Nintendo Switch. How would you describe the game to someone who’s never heard about it?

Mystic Vale is a new style of deck building which has been named by it’s creator (Josh Wood) the “Card Crafting System”. The original card game produced and published by Alderac Entertainment Group (AEG), uses transparent cards which you stack on one another in a sleeve to build the strongest card you can or a card that matches your strategy. The aim of the game is to earn the most Victory Points, these are earnt by the cards you collect and the deck you build.

Our digital adaptation reproduces the original game, without the mess of having to de-sleeve all your cards at the end of the game, or do any maths (which is always a bonus!). Mystic Vale is easy to pick up in the concept but it’s challenging when you start looking into the strategy’s and different ways you can win the game, making it perfect for people new to the genre and players who are avid deck builders. Mystic Vale has stunning artwork and we really wanted to show it off in the digital adaptation. Every card has been subtly animated when you hover over it which really helps bring it to life. Our art team really smashed it out the park – if we do say so ourselves!

Mystic Vale launches on the Nintendo Switch with the first expansion, Vale of Magic, included in the base game. Players can also pick expansions Vale of the Wild and Mana Storm from launch day through bundles. We can also confirm that Mystic Vale is cross platform play with the Steam and Mobile versions of the game! 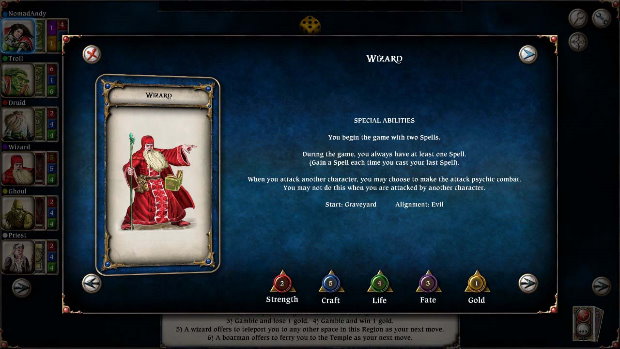 PS4B: Thank you for doing this interview. Is there something else you’d like to say before we end this one?

It’s been a pleasure!