We’re working on a review for Paper Beast, so I got in touch with Eric Chahi to talk a bit about the game. Come check it out!

PS4Blog: Good morning! Thank you for joining us at PS4Blog.net. Could you please help us get started by introducing yourself to our readers and telling them a bit about your work?

Hello! My name is Eric Chahi, and I’m a game creator. I started to create games in 1983. I’ve been working in different fields since then, from programming and graphics to animation and, of course, game design. My skills have refined with time alongside the evolution of technology from 8-bit computers to the current generation.

My most well-known games are Another World, Heart of Darkness, and From Dust. My way of creating games evolved with time, too. My first games were grounded more in existing trends, but today, my games feel more like personal creations where all aspects converge to make a cohesive experience.

My desire is to innovate and bring new experiences to players by blending an original universe with new technical fields with interesting gameplay applications. Paper Beast is in that continuity.

PS4B: On that note, Paper Beast is on its way to PlayStation VR. How would you describe the game to someone who’s never heard about it?

It is a game that engages the player in a dense, surrealistic journey—a dreamlike experience where you discover through your exploration a wild ecosystem, unknown to humankind, hidden somewhere inside the lost data of the internet. During the adventure, you resolve puzzles with the help of animals, so strong bonds will be formed with them. While looking quite natural, Paper Beast is populated by hybrid origami-like creatures. And this is a simulated world—you’re interacting with an innovative, real-time simulation. The game engine simulates everything from terrain erosion and creature motion to water and sand flow. Animals move through physics and algorithms so you can interact with them in a very fluid way.

You will also get access to an immersive sandbox—a place where you can experiment freely. You can populate it with different species, shape the terrain, and play with physics. One interesting point is that many creatures modify the terrain; some are building dams to stop water flowing and create lakes, some insects create sand piles, and so forth. And on top of this, you can start weather events, like rain or a frozen storm. There are many fun, emergent situations to experience and experiment with. 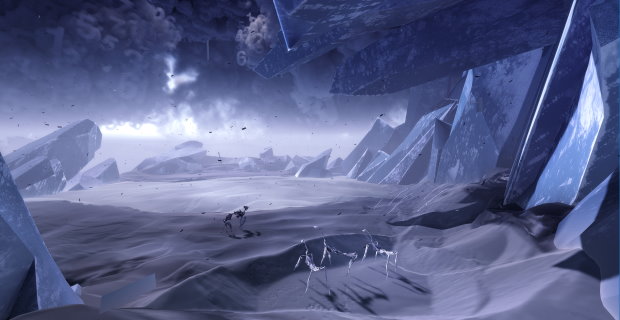 PS4B: How long did it take to develop Paper Beast? How much did the game’s design change from concept to the version we get to enjoy on Sony’s virtual reality hardware?

It took four years to develop the game with the team. The premise formed even earlier, while I was experimenting with prototypes to create adaptive locomotion in 2D. In reality, it was a slow gestation of 7 years. Several ideas are always brewing in my mind without being interesting enough to form a game on their own. Before starting Paper Beast with a team, we developed with a GPU-based volcano simulation alongside François Sahy, the physics coder, for a museum.

So for our new game, we decided to use this same tech. In the first several months, we developed the core physics elements, the way they interact, and the algorithm to have creatures walking in real-time without any keyframe animation. We needed to develop specific tools to edit and manipulate our physical world. In this process, the universe began to gain clarity. 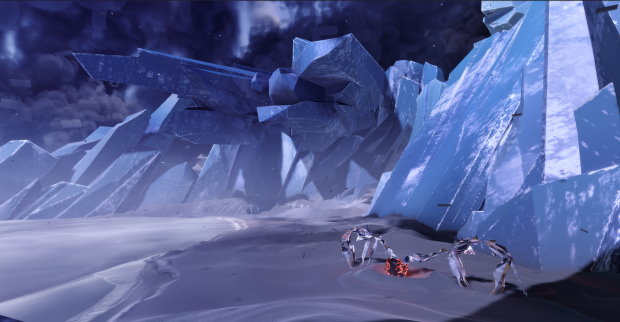 At the very beginning, we were thinking of an origami style. The idea to have this world lost inside internet data came quite fast during the first six months of 2016. This theme was floating in my mind. Our lives get more pressured with all this data, text, and email. I had some visions of an underground data sea, something tumultuous and chaotic. Why not merge these two concepts, artificial wildlife, and data? Envision an artificial world hidden inside Big Data? Because paper is made of trees, it is a perfect link between life and data. It is very symbolic and also fun to interact with. All our ideas crystallized very fast once the paper concept came in. 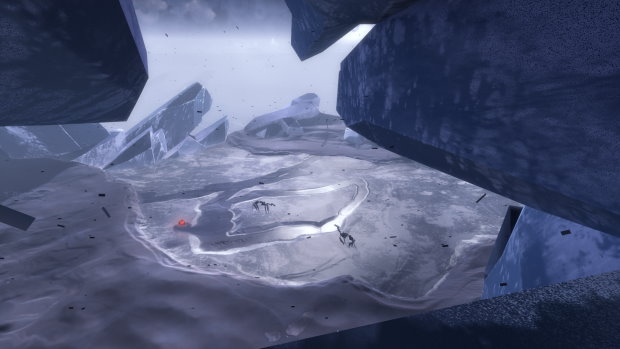 PS4B: How long would it take someone to play Paper Beast and experience everything the game has to offer?

The adventure is in the neighborhood of five hours, though, of course, it really depends on the player. In the sandbox, hours of experimentation await because it is totally open and creative. 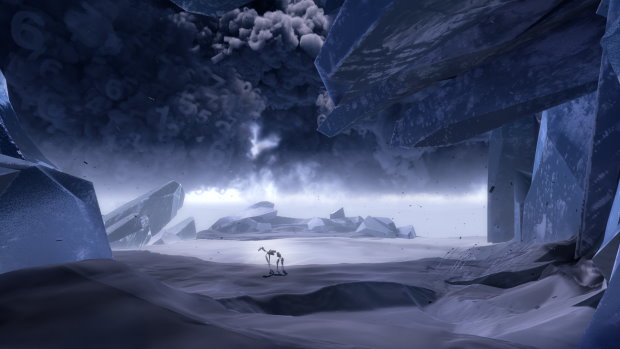 PS4B: Once again, thank you for taking the time to do this interview. Is there anything you’d like to add?

Yes. I must say that Sony has been an amazing partner who gave us the freedom to express ourselves. We created this game with total creative freedom, which is rare today, I think. Thanks to the Sony team, we really unleashed our vision without any creative compromise. I hope players will enjoy Paper Beast! It really explores new emotional territories in gaming.