[PS4Blog.net Interview] AREA 35 And Chuckefish On TINY METAL And Wargroove

We’ve had a lot of fun with TINY METAL: FULL METAL RUMBLE and Wargroove, so I got in touch with Area 35 CEO Hiroaki Yura, Chucklefish CEO & Wargroove Lead Designer Finn Brice, and Marketing Lead Katy Ellis to talk a bit about both games and their collaboration. Come check it out!

Hiroaki Yura: Doing well, thank you! We’re hanging on in Tokyo despite the CV and pollen allergy we all have, but all in all, it is a great time to be working in the Games Industry as we attempt to use our gifts and talents to give people around the world some positive distraction and escapism!

Finn Brice: We’re not bad, thanks! We’re currently working remotely to isolate ourselves and do our bit to fight COVID-19. Whilst this presents its own challenges, we’ve found it very much doable and urge everyone else who can to do the same! 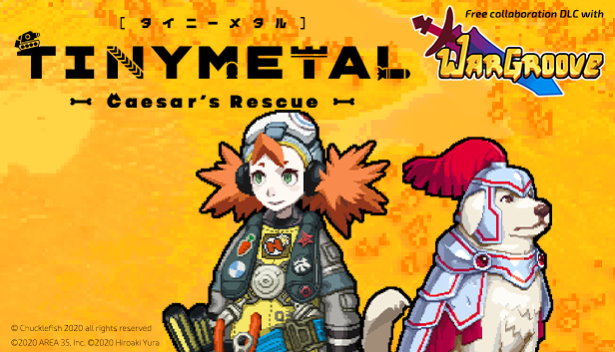 PS4B: It was a very nice surprise to see two indie studios collaborating on a DLC campaign that I didn’t know I needed until I learned about it. Who wouldn’t want to play a new campaign with Caesar from Wargroove that also brings some pixeltastic good news to TINY METAL: FULL METAL RUMBLE? How did this collaboration come to be?

Hiroaki Yura: At AREA 35, we’ve always been big fans of turn-based strategy games and, therefore, big fans of Wargroove. Despite the different world setting, we loved Caesar as a commander character, and we really thought hard about how we could incorporate this into our game. The initial idea came from Mr. Sawatari, a Producer from DELiGHTWORKS, and he was like, “Why not?” and we were totally like, “Are we allowed!?” So we decided to ask Chucklefish if they’d be interested in lending us their delightful Caesar in exchange, we would take very good care of him!

Katy Ellis: Everyone needs more Caesar in their life! Initially, the team at Area 35 reached out to us around Summer last year to say they had an interesting idea to discuss with us… Finn and I jumped on a call with them to chat more, and were not only excited about the concept of having Caesar in the TINY METAL universe, but also the awesome pixel art rendering of the campaign.

It’s been a really smooth and lovely process to work with the TINY METAL team, especially as we’re all united in being fans of not only each other’s work but also the strategy genre as a whole. It’s so rare that you have the opportunity to come together as studios and support each other, but we knew our Caesar would be in safe hands! 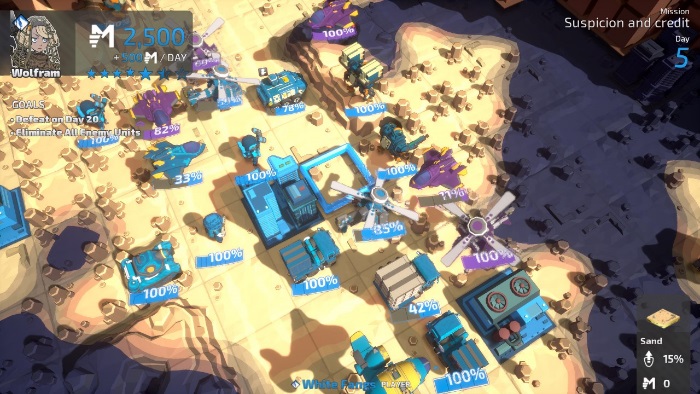 PS4B: It’s been very entertaining to play and review TINY METAL and its sequel, TINY METAL: FULL METAL RUMBLE. Last time we talked about the games, I asked if there was any chance of getting a physical release of either game on Nintendo Switch, and here we are eight months later with the reveal of Tiny Metal Ultimate! What will be included in the Nintendo Switch physical release for TINY METAL ULTIMATE, thanks to the collaboration with Limited Run Games?

Hiroaki Yura: As the name suggests, TINY METAL ULTIMATE will include everything released under the TINY METAL series so far. 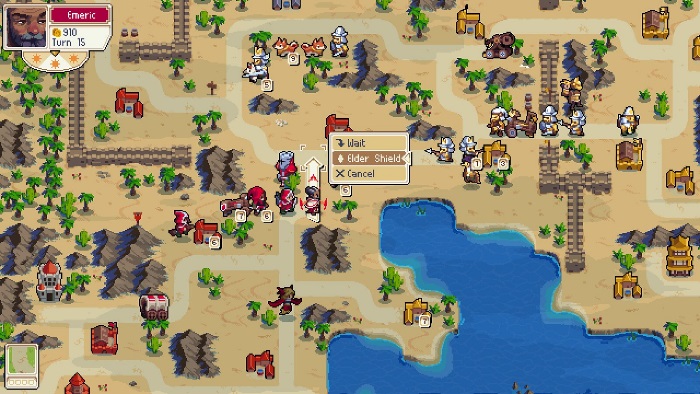 PS4B: We also had a lot of fun reviewing Wargroove, and since the game already got some very fun free DLC with Double Trouble, I was wondering if Chucklefish is working on something else to expand on Wargroove, as well as if perhaps someone from the TINY METAL universe could be making its way to Wargroove as a guest.

Hiroaki Yura: Obviously, I can’t say much about what Chucklefish is working on with the world of Wargroove – I’ll let Finn answer that question, and I’ll devour every letter of his answer… but we would love to have a member of the Tiny Metal universe head into the world of Wargroove if it made sense to their world, but the logistics behind these things can be quite heavy, but who knows?! Finn… we await your call to arms!

As fans of the genre and of Wargroove, we obviously keep our eyes fixed on all things going on within the genre, so we almost had a mini heart attack when we saw the Chucklefish Twitter account asking their fans if they would like to see a Wargroove 2 – YES. WE. WOULD.

Personally, I think the world of TINY METAL and Wargroove should crash into the world of Mario + Rabbids Kingdom Battle, that would be some next levels of madness, but it would be interesting to see the pivot of Wargroove and TM: FMR into a more XCOM-style system… who doesn’t want to see Rabbid Caesar?!! “Wahhh-ff”

Finn Brice:Finn Brice: Whilst I can’t reveal very much yet, I can tell you that you haven’t seen the last of Wargroove by a long shot! 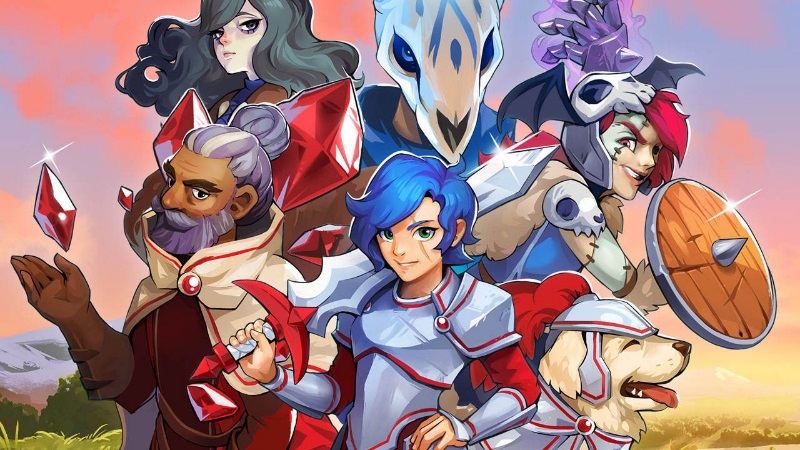 Hiroaki Yura: I just want to state my heartfelt gratitude for everyone who plays our games and everyone who helped create our game. It’s been a great journey to come this far, to be able to make the games we love and our work to be loved. We also want to make sure that everyone reading this understands just how supportive and fantastic the Chucklefish team has been, not only for trusting us to take good care of Caesar but also for how supportive, active and kind they have been behind the scenes in facilitating everything we could have asked for – so a massive thank you to Finn, Katy, Alexis and the team for everything!

Finn Brice: Just that I hope everyone is staying safe with current events!

[Beyond PlayStation] Exit The Gungeon Review