Explore an empty, desolate planet as you try to solve its mysteries. Learn more in our Eclipse: Edge of Light review!

Crash-landed on a sentient planet, you awake to discover a dreamscape world, filled with alien wonder and the remains of a betrayed civilization. You find a powerful relic, the Artifact, that can interact with ancient technology and grant you near-magical powers. Just what secrets does the planet harbor? What cataclysm befell its inhabitants? Using your jetpack-equipped space suit, investigate the ancient ruins to uncover the planet’s perplexing past.

Immerse yourself in a fascinating and memorable new world. Can you rise to the challenge and solve the haunting riddle of this mysterious place?

Features:
You can fly – Jetpack through the world
Full locomotion – No more teleporting!
Original soundtrack by an award-wining composer
Truly experience an alien world for the very first time


Eclipse: Edge of Light is a new game for PlayStation 4 and PlayStation VR. It was previously released on some of the smaller VR headsets for Google Cardboard, including Google Daydream, and I do have to say I’m glad it has made the transition to Sony’s PlayStation VR!

Eclipse: Edge of Light has a very simple premise and setup: you are stuck on a planet after crashlanding, and you need to get home. You quickly find an orb that helps you explore the world, and it will affect the planet in interesting ways, including moving rocks, opening doors, destroying simple things, and more. It’s a very versatile tool! For this game, the controls are very simple, since, with a quick wrist motion, you will toss the orb, retrieving it with the R2 button. I haven’t mentioned it yet, but Eclipse: Edge of Light uses the DualShock 4, so you won’t be using the PlayStation Move controllers. 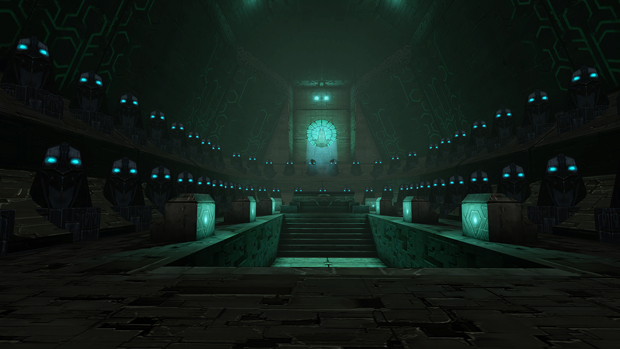 The exploration is really simple since you will be using the orb for all of your puzzle needs in this world, but it keeps the solutions fairly simple, never holding you back too much. The goal of Eclipse: Edge of Light is to keep you moving and exploring the planet. There is also a jetpack on your back that will propel you to hard to reach areas. It did give me some slight motion sickness as I was playing with the way it propelled me upwards, but I didn’t have any issues when going down. 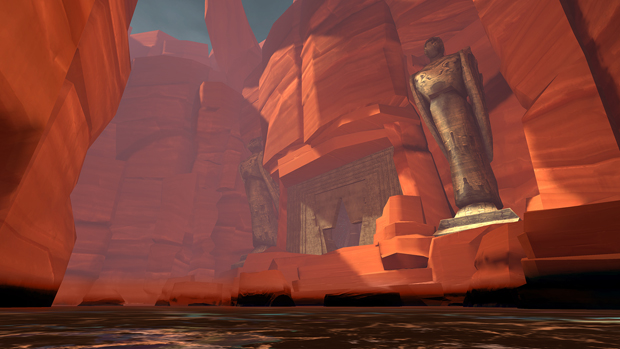 I really enjoyed exploring the world, since something in the art style of Eclipse: Edge of Light really had me glued to this adventure. It’s not the prettiest game, so it’s hard to describe why I fell for it, but I couldn’t wait to see more of what the world of Eclipse had to offer. It just has a very stylish look, even if some could say it looks closer to a PS3 than something that was running on a PS4 Pro. The music in the game is really great as well… in a very somber way. You are exploring a desolate planet, so the score reflects that.

Eclipse: Edge of Light isn’t long. You’re looking at a 2-3 hour experience, which, honestly, is kind of the perfect length for a game on PlayStation 4 with PlayStation VR support. You can really get through it in one sitting, which is nice. I don’t know if I need to go back right away and replay the game, but I could definitely see myself giving it another shot in another year or so, as well as demoing this to friends who are using PlayStation VR for the first time. 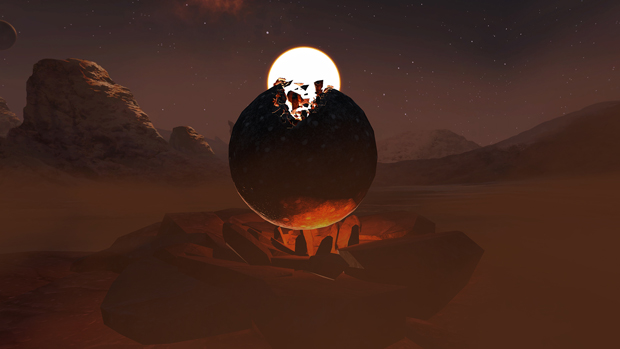 I had a good time with Eclipse: Edge of Light, and the world it had me trying to escape from. The game never had any complicated puzzles, and exploration is seamless and fun. It’s a short one, but a game that is definitely worth checking out.

Disclaimer
This Eclipse: Edge of Light review is based on a PlayStation VR copy provided by White Elk LLC.

Curious Expedition Out Next Week