The Complex from Paul Rasch and Wales Interactive is an interactive science fiction movie in which you are living the evolution of a disaster, based on your choices. Learn more in our The Complex review!


The Complex is an interactive sci-fi thriller movie, coming to PC, Mac, PS4, Xbox One and Nintendo Switch 31st March 2020.

After a major bio-weapon attack on London, two scientists find themselves in a locked-down laboratory with time, and air, running out. With choose-your-own-path gameplay, your actions and your relationship with other characters will lead you to one of eight suspenseful endings.

In The Complex, you are following Doctor Amy Tenent on her way to contain an incident with nanocells experiments, which, of course, goes terribly wrong. Since this game is best enjoyed by going through it without any prior knowledge, I won’t spoil anything more about the story and encourage you to discover it yourself. This game was directed by Paul Raschid and written by Lynn Renee Maxcy (The Handmaid’s Tale). 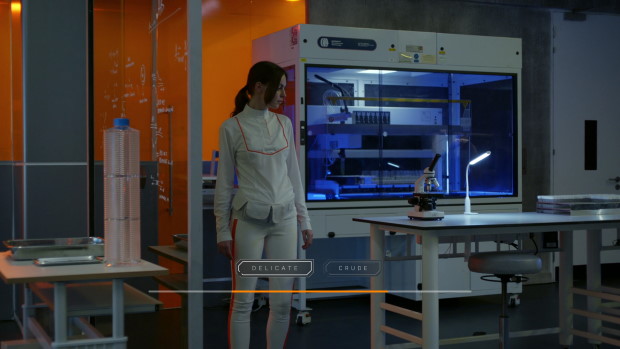 As far as the gameplay goes, you are watching an interactive movie, so most of the time is spent watching said movie, and at some moments, there are choices given to the player, in a similar fashion as in a Telltale Games release. Out of the box, the game asks you to make your choices quite quickly (time to reply is shown to you), and I encourage you to change things in the settings and have the game stop when you make a choice. This game can also be played flawlessly on PlayStation Vita thanks to remote play since you only use the D-Pad to select an answer and the X button to confirm it. 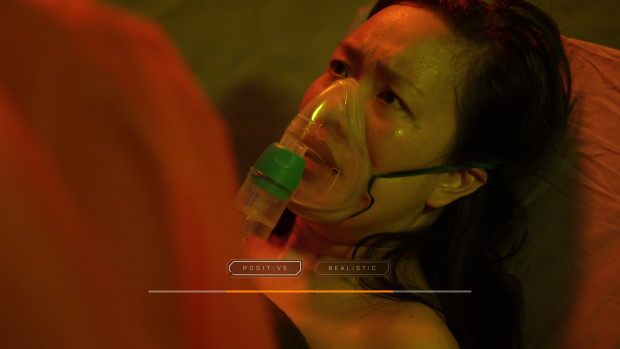 I love the presentation of The Complex. The movie runs like a movie should, without any compression artefacts. Main actress Michelle Mylett (Letterkenny, Bad Blood) had a very impressive performance, and so did supporting actors Kate Dickie (Game of Thrones, The Witch) and Al Weaver (Grantchester). The Complex even features guest Twitch streamer and Xbox UK presenter Leah Viathan. 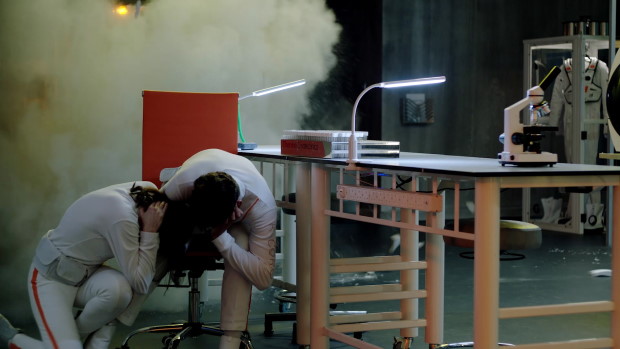 Once the game has been completed once, you’ll obtain a result showing you the ending you’ve unlocked, plus the affinity you’ve achieved with each character. You can then replay as many times as you want by selecting different choices and taking the chance of achieving another ending. Once you play new runs through The Complex, scenes you’ve already seen can be fast-forwarded directly to the next choice selection, making further runs way faster. As for the trophies, most are hidden, so you can enjoy the game without getting any spoilers from the list. A few of them are for the nine different endings that can be achieved, or for selecting specific choices.

Your first run of The Complex will take you roughly two hours, and, as I mentioned, subsequent runs are quicker thanks to the fast- forward feature. I liked how the story slightly branches at different key points, but keeping the overall movie the same, with each branch showing extra sequences that will change your affinities with the different characters. 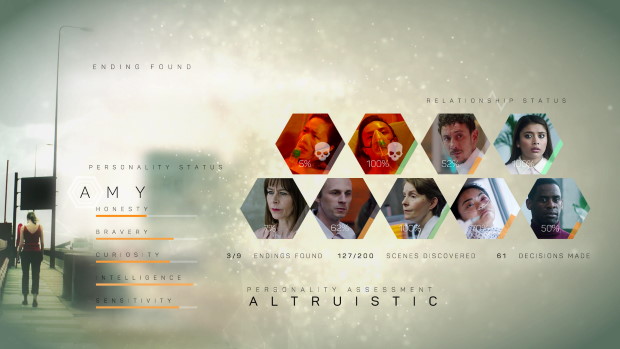 Final Thoughts
If you’re a fan of interactive full-motion video games, then you’ll definitively like The Complex. I was impressed by its production value and the performance of the actors, and the story even had some surprises that I was not expecting as I moved closer and closer to getting the game’s Platinum trophy. The game is also fairly priced at almost the same price as a single movie ticket, so it’s definitely worth a purchase!

If you’re looking for other interactive movies from Wales Interactive, you can also check Late Shift, or The Bunker.


Disclaimer
This The Complex review is based on a PlayStation 4 copy provided by Wales Interactive.

Treachery in Beatdown City Out Now