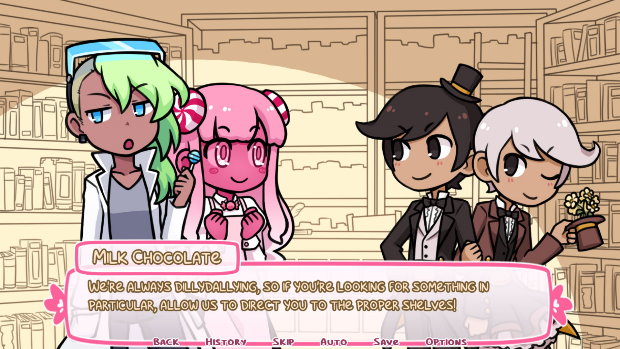 In Syrup and The Ultimate Sweet, you will take control of the titular Syrup, who owns a candy shop. This is a very particular shop since it’s in a town of magic users, but it specializes in non-magical candies. The store is Atelier Sweets, and Syrup is known as the Candy Alchemist, a firm believer in how science is the superior art. One day a girl that is literally made of candy – which we’ll call Candy Girl – is found in the store’s basement. What follows is a visual novel adventure in which you’ll get to interact with the aforementioned Candy Girl, as well as with other characters with colorful names and personalities. 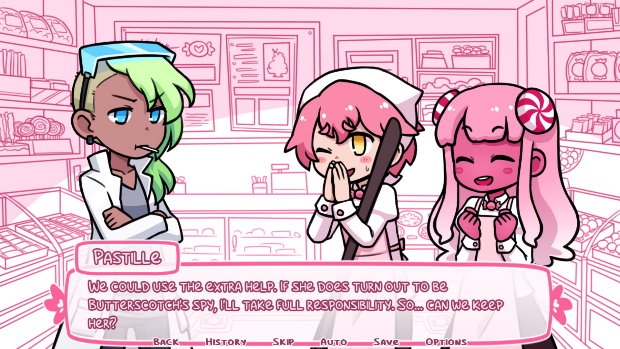 Along with Candy Girl, you’ll get to interact with other characters with colorful names such as shop helper Pastille, witch Butterscotch – who happens to be Syrup’s self-proclaimed rival, humanoid cat named Toffee, and more. It’s a varied cast with characters that showcase distinct personalities, making this one a fun adventure to take on at home or on the go, thanks to it being a PlayStation 4 and PlayStation Vita Cross-Buy release, so getting one version will reward you with the other one at no extra cost. 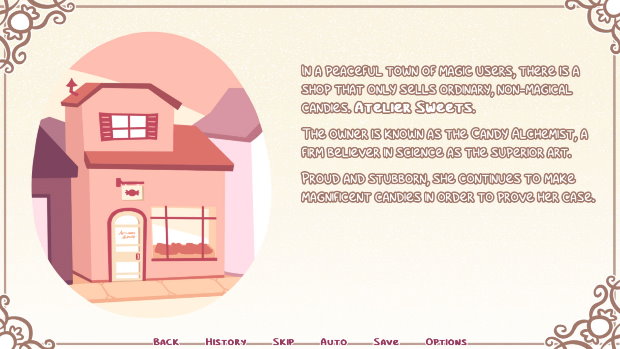 Without spoiling the story too much, I do want to mention that Syrup and The Ultimate Sweet has ten different endings for you to achieve based on the decisions you make at specific moments in its story. Five of them will be what could be considered as good as good endings, while the other five would fall into the bad ending category. To give you an example of one of the bad endings, and to not ruin your potential experience with Syrup and The Ultimate Sweet, the fastest bad ending you can get involves a bit of candibalism to get the job done. 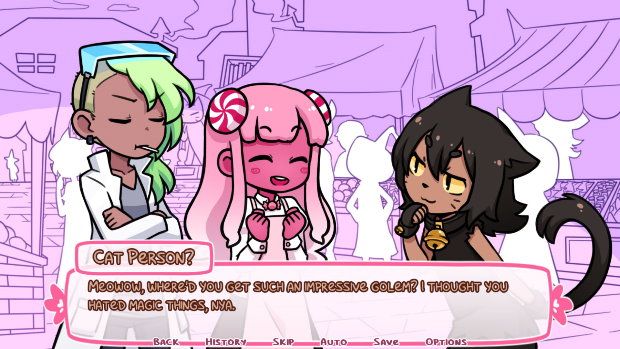 As is to be expected of a released from Ratalaika Games, Syrup and The Ultimate Sweet has a full trophy list with a Platinum trophy for you to collect. And since this is a Cross-Buy release, you’ll be getting two potential Platinum trophies for one low price. The overall trophy list is a short one since you’ll be getting trophies for each of the ten endings in In Syrup and The Ultimate Sweet, another pair of trophies for getting the five good endings and the five bad endings, and then you’ll add a new Platinum to your collection. 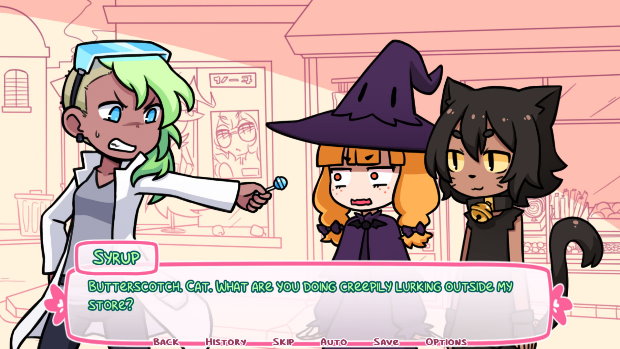 Disclaimer
This Syrup and The Ultimate Sweet review is based on a PlayStation 4 copy provided by Ratalaika Games.