Narrative-driven dramatic thriller Pathologic 2 is now out on PlayStation 4. Can you survive the plague? Find out in our Pathologic 2 review!


In Pathologic 2, you’re placed in the role of Haruspex, someone who is set to take the place of the now-deceased local healer – who was his father – in a rural town where the plague is slowly eating away at everyone and everything. Because of this, you can’t save everyone, so you’ll need to make some though decisions that are always going to feel like they’re of the lose-lose variety. The game started as a remake of the first Pathologic but ended up turning into a reimagining of that experience, expanding on everything to become its own thing. 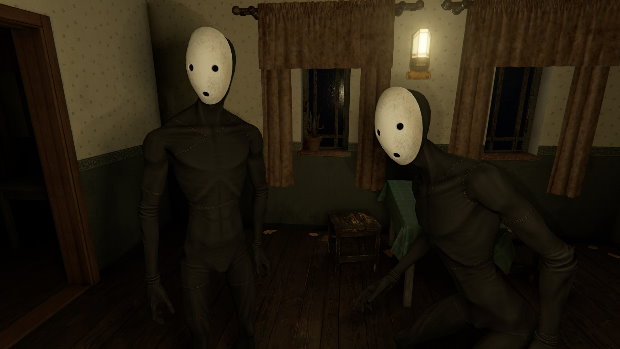 Ice-Pick Lodge, who previously gave us the bizarre but great-looking and fun Knock-Knock on PS4, took Pathologic to Kickstarter back in 2014 (which in Kickstarter years, is during the Golden Age when most projects managed to fund easily). Thanks to the support of over 7,000 backers, Ice-Pick Lodge managed to secure over $330,000 in funding, and of they went on their journey of remastering the original Pathologic. And then, along the way, with all the changes being made, the team realized that while, yes, this was still a new take on the original, it felt more like a sequel that improved on the core experience. And thanks to tinyBuild, we can now take on this one on PlayStation 4! 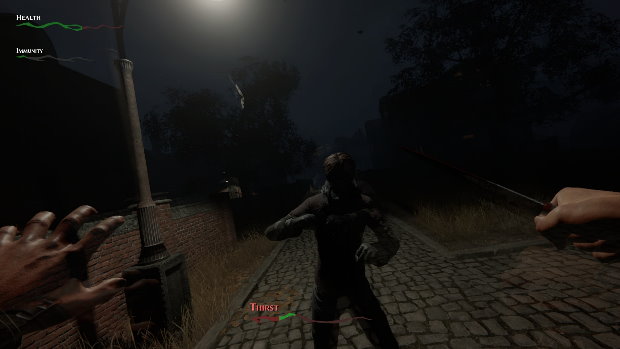 Given the game’s nature, before you start, you will first need to adjust the gamma on your screen so that the left mask – out of a set of three – on the screen is barely visible, so that you can take on Pathologic 2 with all of its darkness and intrigue. The next step will be to select between the three available difficulty settings. As a heads-up, there is no easy setting for Pathologic 2, which is a clue as to how challenging of an experience you’re about to embark on. There’s the Larva level, which is the medium difficulty, offering a lowered challenge that, in no way, could be compared to a “Story Mode” take on the game. Next up is Cocoon, which is the hard difficulty, and it offers a small handicap to help you. And then there’s Imago, the intended difficulty setting so that you get to take on the experience that the developers intended. 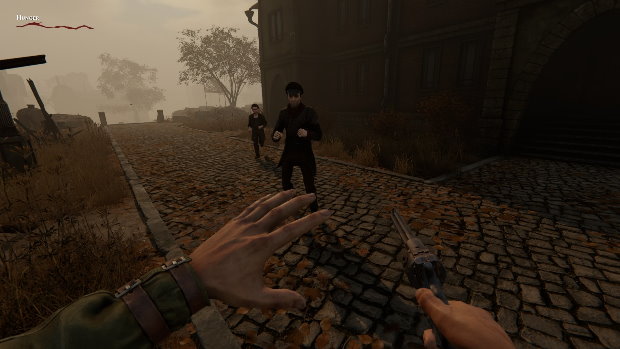 You’ll move your character with the left analog stick, looking around with the right one. You can jump by pressing in on the right analog stick, and if you press in on the left one you can run. The Square button will allow you to stealth around each area, so that you don’t make as much noise. If you want to play it cool – or have to – you can raise your hands with the R1 buttons, so that you can keep a situation from getting exponentially worse. You can attack with the R2 button, blocking with the L2 one. If you need to reload a weapon, you can do so with the Triangle button – you should never be left with no ammo at the worst time possible!

The Circle and Square buttons will be for multitasking, since the first one allows you to pick locks or trade with NPC, while the second one is for giving others medicine, tinkering with things, or marking houses as needed. The X button will be for talking to other characters. You can press the L1 button to highlight anyone who has something to say, so that you can then walk towards them and interact to see what you can learn about the bizarre and crazy world of Pathologic 2. 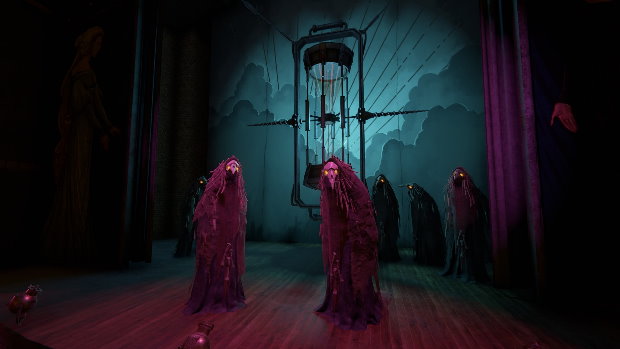 As you play, you will need to keep in mind not only your overall health, but also your exhaustion, hunger, thirst, immunity, and stamina. The game is hard enough with all the different choices you can make, and adding the survival elements on top will probably end up crushing the will of many gamers out there. How can you focus on keeping others alive when you also have to worry about every step you take, every choice you make, as you try and watch over your wellbeing?


As for the game’s trophies, Pathologic 2 offers a full trophy list with a Platinum trophy, but it’s not going to be an easy one to get! There are plenty of missable trophies, so if you want to take on this one and be as effective as possible, using a trophy guide might be the way to go. There are different trophies for surviving through each of the in-game days, as well as trophies directly tied to some of the decisions you can make in Pathologic 2. Can you get all trophies during a single run? In theory… yes. But to do this, you’ll need to know exactly what you have to do to trigger the missable trophies. 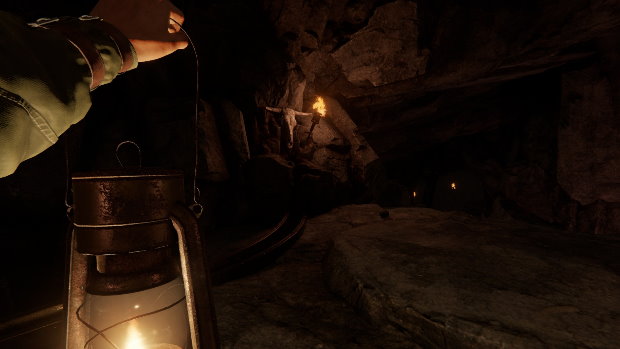 There’s also a piece of DLC available for Pathologic 2: The Marble Nets. This is a piece of content that was initially made available to Kickstarter backers many moons ago, to later be released to the public. It’s a prequel chapter that has you playing as Dr. Danill Dankovsky over a single in-game day. He’s a doctor from the capital who is trying to save the town – alongside Haruspex. It offers a new perspective on the story for Pathologic 2 and is available on the PlayStation Store for $9.99. 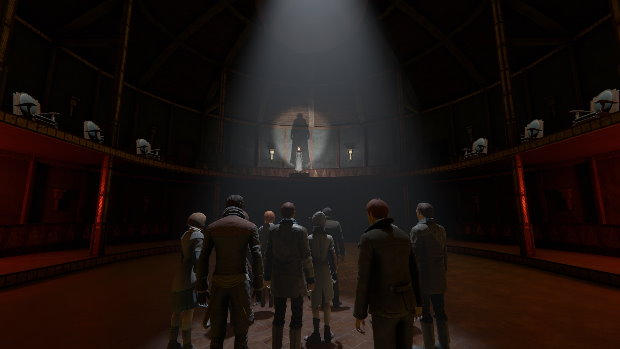 Pathologic 2 is one of those “love it or hate it games.” It has a steep learning curve and a hearty challenge, not even offering an easy “Story Mode” setting as other survival horror/psychological thriller games tend to do so that players of all skill levels can have a shot at seeing what a game has to offer. It suffers from some slowdown here and there as well, but that never felt like a deal-breaker during my time with Pathologic 2. The game is out now on PlayStation 4 for $34.99.

Disclaimer
This Pathologic 2 review is based on a PlayStation 4 copy provided by tinyBuild.