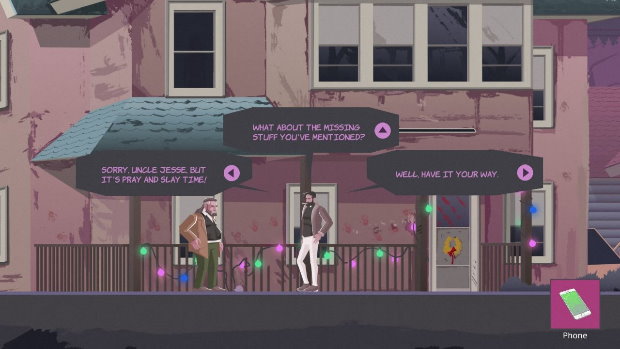 You’ll take on the role of one Bonaventura Horowitz. He’s a snarky exorcist, who has a general personality and behavior that some might say could keep him from going past the pearly gates. Because of his profession, in The Unholy Society, you will be taking on a short adventure that will have you performing exorcisms by way of first-person interactions during which you’ll be searching for glyphs that will allow you to use augmented reality to deal some damage to those who need to be compelled by the power of Christ. 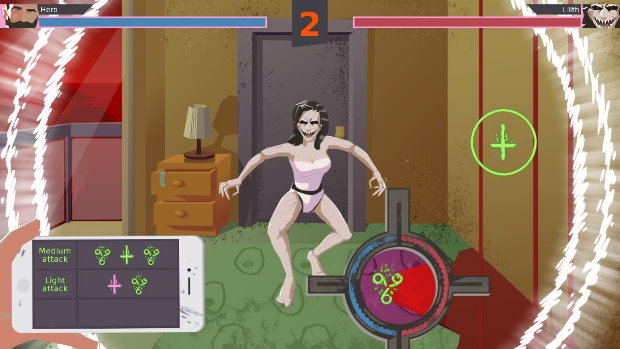 You’ll move BonBon around with the left analog stick or the D-Pad, sprinting by pressing and holding down the B button when you’re in a hurry. You can perform an action with the A button, such as interacting with a light switch, picking up your phone, or talking to another character – as is the case for the member of the female sex who was sleeping next to BonBon when his phone went off in the middle of the night. You can check your inventory with the + button, and use items with the X button s needed. You can change items in the quick menu by using the L and R buttons. There’s also the option of using the Nintendo Switch’s touchscreen when playing The Unholy Society in the consoles Portable or Tabletop mode, or when playing on a Nintendo Switch Lite. 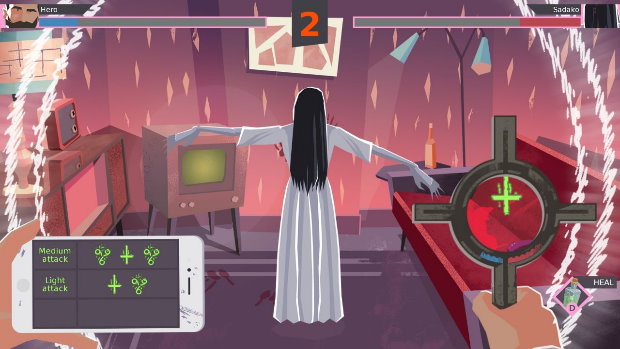 One day Bonaventura Horowitz, a.k.a. BonBon, gets a very special call from none other than the Pope himself, asking him to go on a very peculiar mission that will test his skills – and patience – to its limits. During your adventure, you’ll end up going back to your hometown – one Silent Virginia – to reconnect with your sister. It turns out that she’s about to get married, and you being a priest and all, you could, you know, officiate her wedding and all that jazz – she’s also very, very pregnant. Once she’s married, tragedy strikes and her husband dies under mysterious circumstances. 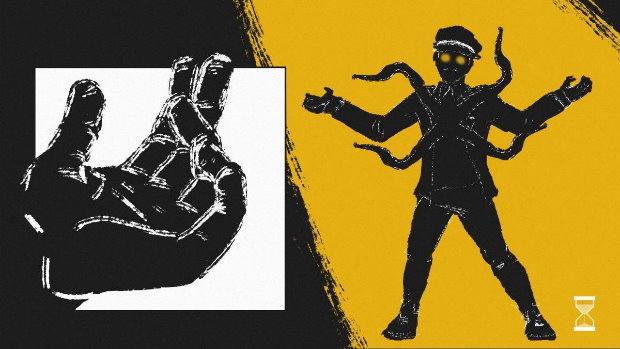 The Unholy Society is a short, and to the point 2D adventure game with a lot to like that is over a bit too soon, lasting a couple of hours and change if you want to see everything the game has to offer. It sets up future episodes that will expand on the adventures of BonBon and is available on Nintendo Switch for $9.99. CAT-astrophe Games has mentioned they’re currently working on the next game in the series, and I look forward to seeing where they take things next. 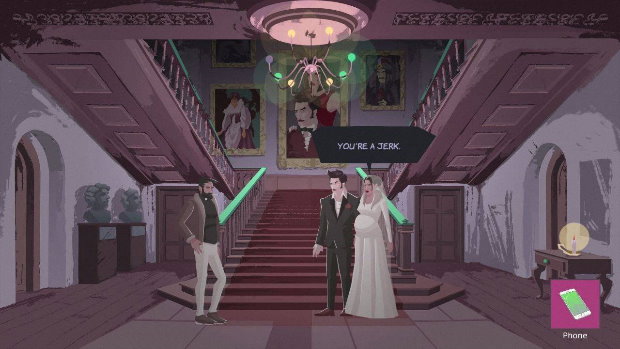 Disclaimer
This The Unholy Society review is based on a Nintendo Switch copy provided by CAT-astrophe Games.