Your options are to play an exhibition match against the CPU, to take on a local multiplayer match, or to go all-in and play in the World Cup Mode. There are 40 national teams represented in Super Arcade Soccer, obviously without having the likeness of any of the real-life players, since securing those rights would have cost an arm and a leg. Don’t expect a ton of licensed music either, because this is certainly not FIFA or Pro Evolution Soccer – PES. What you do get is an arcade take on soccer for a budget $6.99 asking price. 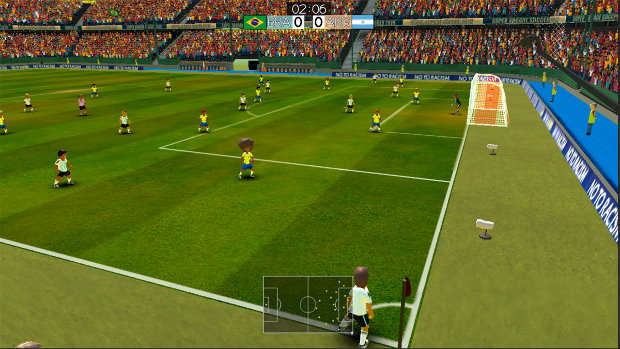 You’ll move your currently selected player around the field with the left analog stick, changing between players by quickly pressing the L button. You can make a pass with the B button – a button that is also used for tackling when you’re playing defense as you try to recover the ball. If you want to make an air pass, you can do so with the Y button. The X button is for changing tactics on the fly. And if you have the ball and think you have a clear shot, you can take it with the A button to try and score a goal. 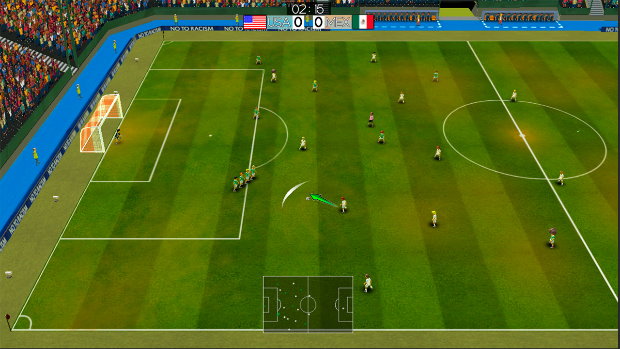 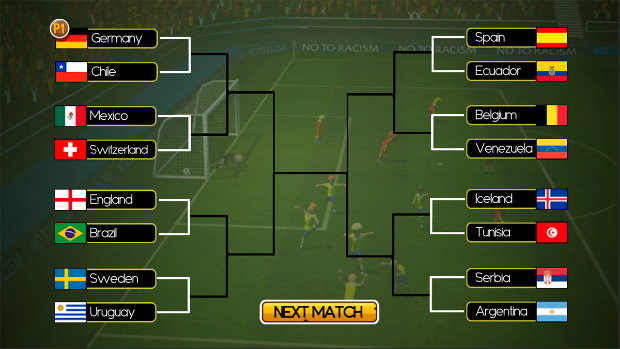 And those are all the nice things I can say about Super Arcade Soccer because now it’s time to complain about the whole experience! I get that this is an arcade take on soccer – it’s right there in the game’s name – and that the team was not going for realism, but the gameplay experience leaves a lot to be desired. Players feel sluggish when running down the field, and the game sometimes would not allow me to change to another player while I was trying to get the ball back. 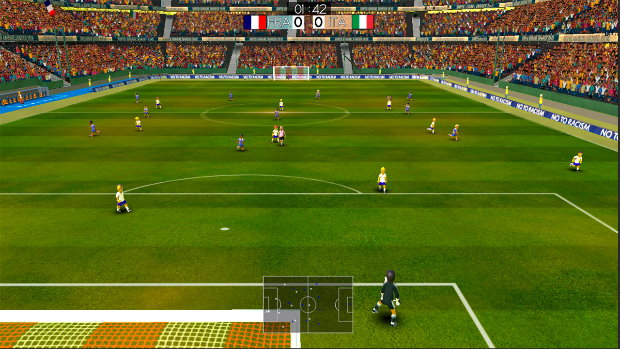 The opposing team’s goalkeeper also did some weird stuff, such as trying to kick the ball after a shot that of mine that was a bit off from the goal, only to have it land right in front of him… and then he casually just grabbed the ball with his hands and passed it to one of his teammates. A few seconds after this, my opponents managed to string a couple of solid passes that brought them very close to my goalkeeper, which is why one of the players took a shot that could very well have ended up being a goal, if not for my goalkeeper’s great reflexes. And then it happened: my goalkeeper had grabbed onto the ball, and then when he was about to pass it to a teammate, it somehow ended up inside of my goal. It was the 85th minute, and I ended up losing the match because of that magical teleporting goal. 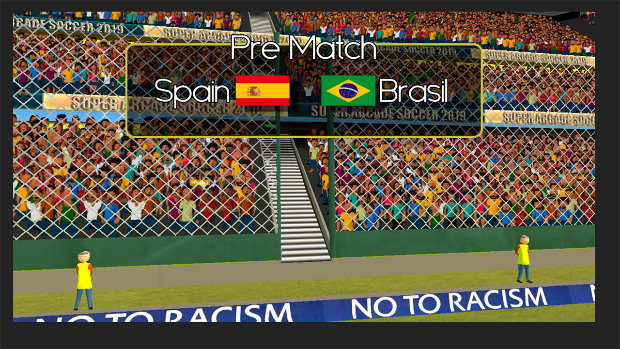 I’ve had a lot of fun with other releases from EnjoyUp Games, but it’s hard to recommend Super Arcade Soccer on Nintendo’s hybrid console. The gameplay feels off, there’s slowdown here and there, some weird stuff happens on the field that makes matches unfair. Super Arcade Soccer is out on Nintendo Switch for $6.99.

Disclaimer
This Super Arcade Soccer review is based on a Nintendo Switch copy provided by EnjoyUp Games.