Blast your way through waves of enemies earning some cold hard cash… but only if you smile for the camera. Check out our Pixel Gladiator review!


Defend and upgrade your base, grab big weapons, and build deadly turrets to slaughter waves of furious creatures.
You’ve been sent to an abandoned planet as one of the participants of the most popular Gladiator show. Your goal is to survive as long as possible, fighting back deadly creatures in the focus of billions of viewers. Kill your enemies to earn money and buy new weapons and upgrades. Defend your base with turrets and traps. You are funded by your audience, make sure to keep them entertained! Take the challenge and come out victorious from this blood bath with ferocious beasts! Become a champion of this painful and cruel show. Morituri te salutant! Features: – Unique weapons and player upgrades – Turrets and traps to keep your base safe – Treacherous and deadly bosses – Fights and slaughter for money and glory!

Pixel Gladiator is a new tower defense game that takes a different approach, placing you on the field as an active participant in the battle. Along with this, instead of having an overhead view, with you acting more like a general, which I’m used to seeing in this genre, this one puts you on the frontlines with a gun in your hand and a desire to do some damage. 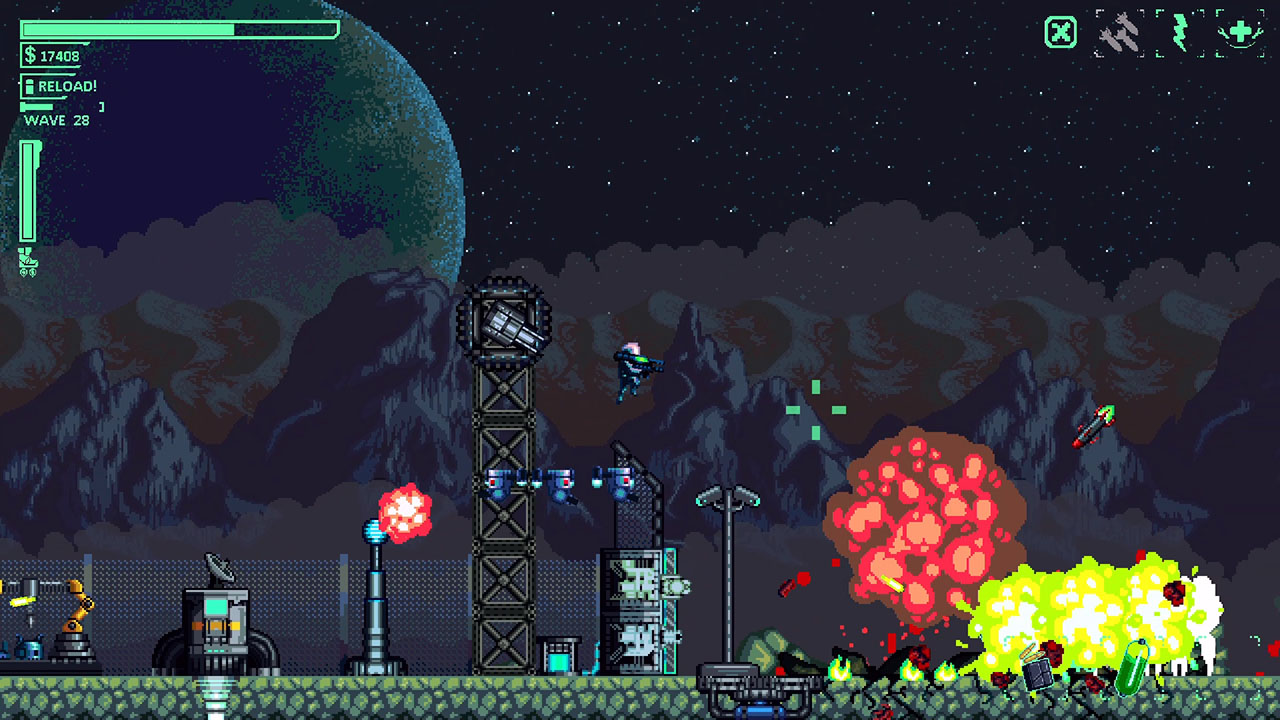 There isn’t much to the game’s story, but as the title suggests, you are a gladiator, and you are on a tv show trying to earn some money. The deal is very simple: kill some enemies in front of cameras, so that you can earn money. The money you earn can then be used to purchase some upgrades that can help you kill more enemies so that you can then earn more money. It’s a pretty simple concept, but one that can become very addictive.


Run around the area, which includes three maps that vary from standard flat arenas to floating platforms in the air, and find the best strategy to do the most damage. Your gladiator can switch between weapons, making good use of them to target the enemies coming towards your base to attack. You can also use your money to build walls, turrets, floating drones, and more. Upgrading your personal weapons to more damage, as well as upgrading your health, will be a must. 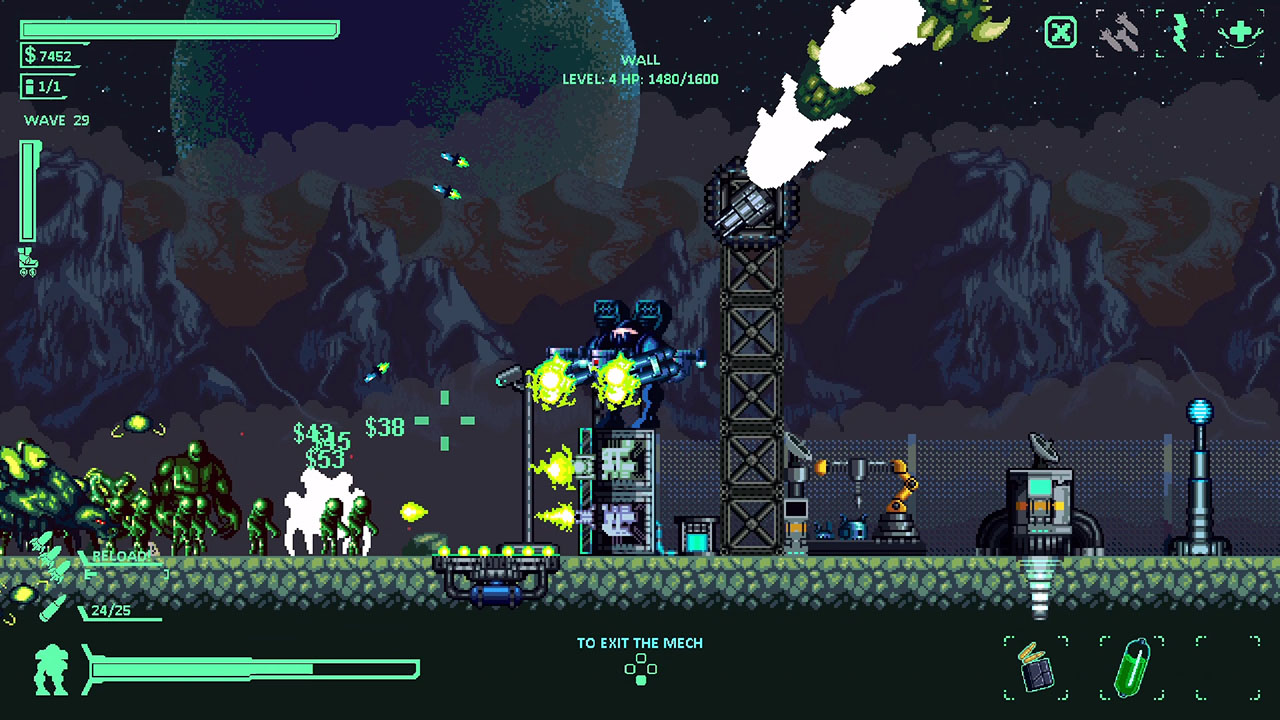 It is a simple yet effective gameplay loop that haw you going through many waves of enemies with small breaks in between to repair or upgrade your structures or add new weapons to prepare for the next onslaught of enemies. You keep repeating this cycle until you get to the boss, and then, you’ll need to go all out against it so that you don’t end up dead.


Your gladiator moves around the map with great control as you jump or rocket around. Shooting feels great, and since you are being attacked from both sides of the screen, you will always be right in the action without ever feeling overwhelmed. Add the pixel art style that helps you focus on your enemies and the tasks at hand, and you have a game that is fun to play and fun to look at. I was really impressed by the whole package. 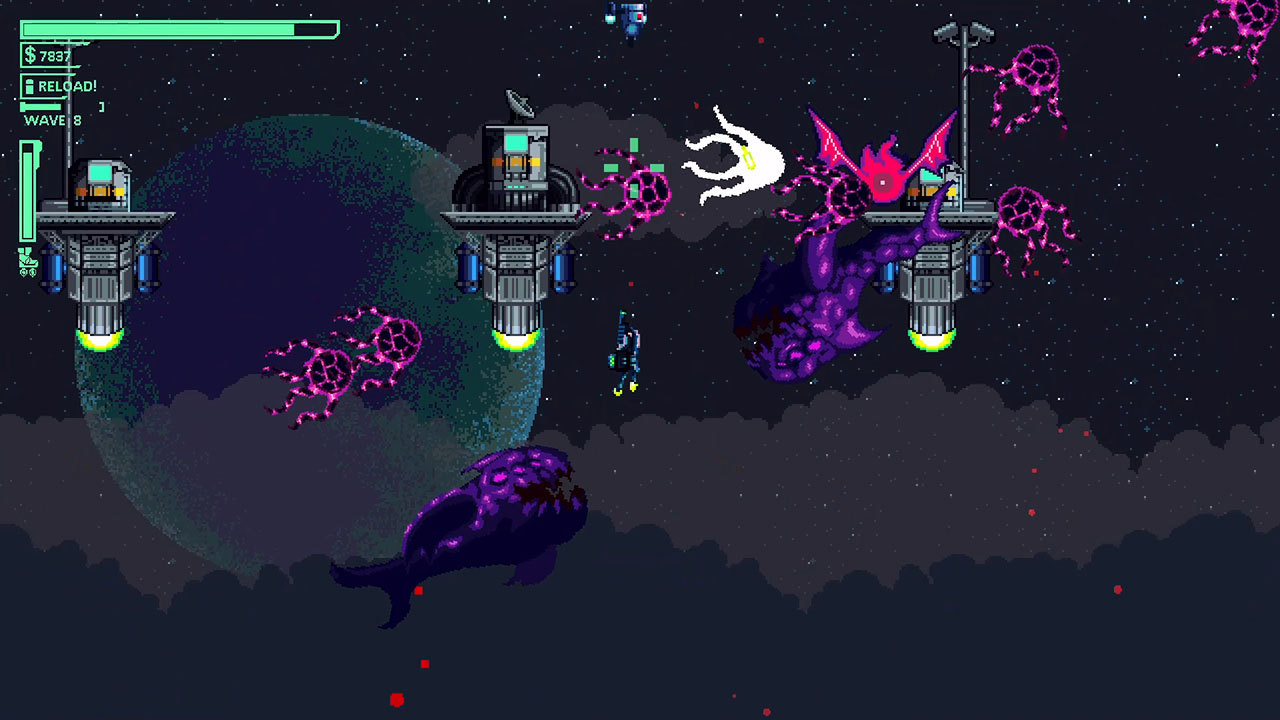 Pixel Gladiator is a fun little tower defense game that has an addictive gameplay loop that will keep you coming back for “just one more.” You can quickly come back to it and play in short burst, or give it a go for a longer single session if you feel like it. It’s definitely an easy recommendation as it’s a solid game to play at home or on the go on the Nintendo switch.

Disclaimer
This Pixel Gladiator review is based on a Switch copy provided by Drageus Games.

HyperParasite On Its Way To PS4 And Nintendo Switch

[Beyond PlayStation] Some Distant Memory Review