The first thing that will grab your attention when you start your adventure into Operancia: The Stolen Sun are the game’s graphics, thanks to the detailed locations you’ll explore and enemies you will battle. This is all thanks to the power of the Unreal 4 Engine, helping to make the game look great on Nintendo Switch in Portable and Tabletop mode. Operancia takes the classic gameplay mechanics of the first-person dungeon crawler genre, with turn-based combat, lots of items and equipment to loot, deadly enemies to battle, and danger around every corner.


In the world of Operancia, there was a time when the deadly dragon Thaid rose from the underworld, destroying everything in its path. Humanity seemed to be doomed, but it was saved by King Attila, who unified Operancia with the power of the sword of legends. War ended and peace reigned for a long time… until the King’s death. With his passing, the land was left without anyone to lead its efforts, and the forces of the Underworld managed to build a gate that led them to Operancia… a gate large enough to bring an army of its forces through the gate and into this world. 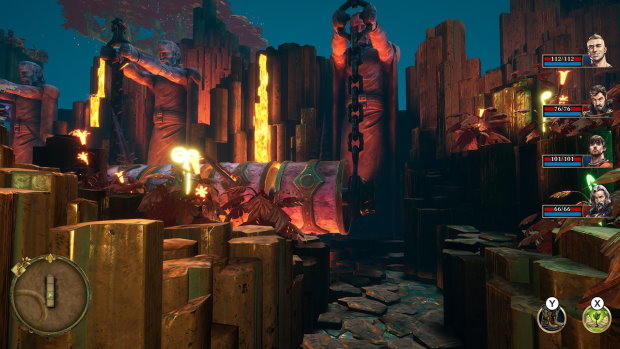 You’ll move around with the left analog stick, interacting as needed with the A button. Since this is a first-person dungeon crawler, you can turn with the L and R buttons. Your Party menu is mapped to the up direction on the D-Pad, with your inventory, Guide, and Journal mapped to the right, down, and left directions, respectively. You can move the camera around with the right analog stick to get a better view of things. You can access the quickbar options for Artifact and Potions directly with the Y and X buttons, so that you can quickly make choices on the fly. If you’re ever lost, you can press the – button to open your map. There’s also the option of using touch controls when playing in Portable or Tabletop mode, in case you want to give them a go.
Will

Once you’ve completed the Prologue chapter, you’ll be able to select the difficulty setting for four particular parameters, so that you can tailor your experience in full. For Cartographer, you can select if the game will automatically map your exploration and add markers as needed, or if you will disable the minimap, the level map, and objective markers. For Battle-Hardened, Normal will make it possible for your progress to be autosaved, and your companios will be able to rest more regularly at campfires. In Hard, you can only save your adventure at campfires, which can’t be used as frequently. 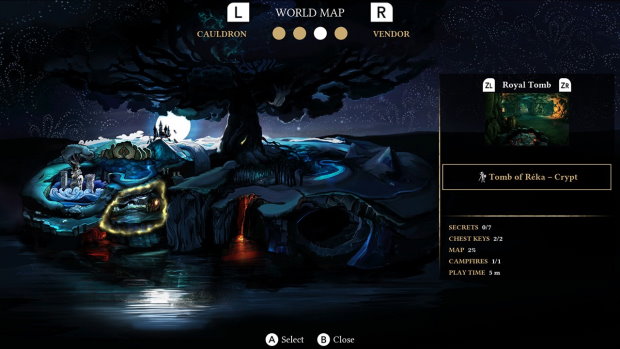 Then we have Permadeath, a very important difficulty parameter since in Normal you will get to continue from your last save point once all of your party members have fallen in battle. If, on the other hand, you select the Hard difficulty, your progress will be deleted once all party members have fallen in battle, and you will need to restart your entire adventure. The last option to configure is Betyár. In Normal, enemies that attack you will present a moderate challenge, while in Hard, enemies will make every attack count, and they will be harder to defeat.


The next step will be to create your character from the available options. First you have to select between the three available classes, from the hardened Warrior which has more hit points, and can use all melee weapons and most handheld weapons – it certainly packs a punch. There’s the Hunter who receives a boost to its energy points, and who is faster than the others, making it a well-rounded option in battle. The Mage will use elemental attacks that will hit their target hard, but they don’t have as many hit points as the other classes. 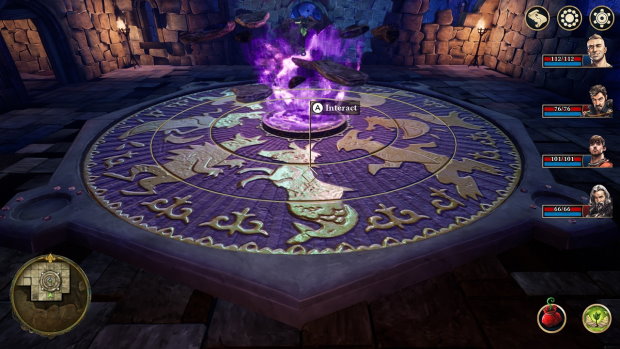 You can pick the look for your character from the available portraits, select its origin between the four options to add extra boosts such as more strength and hit points, more intelligence and energy, more agility and vigor – as well as a boost to ranged attacks – or a general boost to all attributes as well as an additional passive skill slot once your hero has reached level 12 – something that could allow you to create a more powerful party member in the long run once it has gained enough experience on the battlefield.

There’s also the option of allocating the available extra points to your character’s strength, agility, intelligence, wisdom, and vigor stats, which will, in turn, affect things such as its overall hit points, energy, defense, evasion percentage, block percentage, hit percentage for melee and ranged attacks, critical chance, critical damage, counter attack chance, and extra attack chance. You could also end up adding boosts to its resistance to poison, fire, frost, lighting, fear, stun, sleep, or physical attacks. You’ll also select some talents for it to get started, give it a name, and you’re then set! 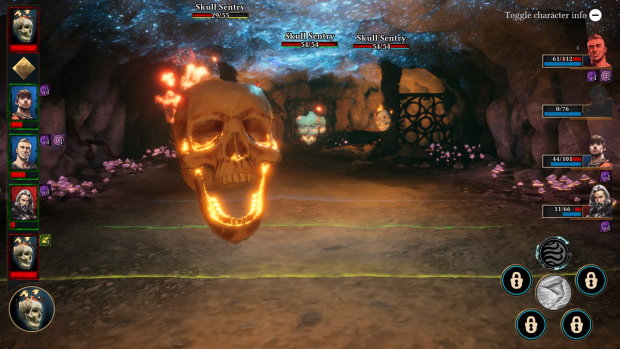 Combat is turn-based, and if you’re clever enough you’ll be able to sneak on an enemy before it realizes you’re ready for battle. Doing this will provide you with the initiative, as well as a damage bonus for the first round of battle. Up to four party members can participate in battle, making good use of their attacks and skills to survive. Each of your party members will have access to up to nine active skills, with three of them being basic skills that are identical for all characters, and the rest being unique to that party member.

For each battle you take on, you’ll need to be aware of the different combat lines on which enemies can be placed: front, middle, and back. Some of your party members’ skills will be more effective against enemies that are located at specific combat lines, so you’ll need to keep this in mind at all times. This is represented in the efficiency chart on the upper right corner of the skill info screen, separated into the ability’s effectiveness for close, middle, or far range. Enemies might have extra defense stats to take into consideration as well. 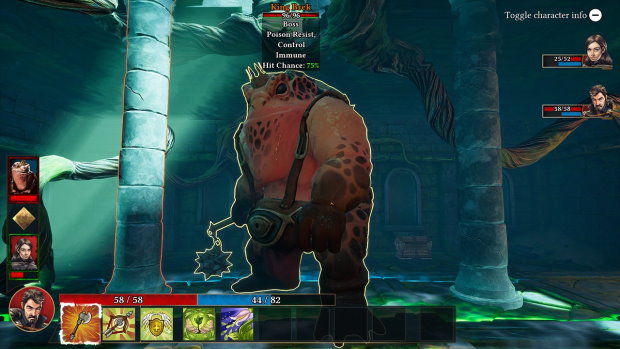 You’ll also need to review the energy cost for each skill, how often you’ll be able to use it, its hit and critical hit percentages, and its effect so that you can plan accordingly and make the right decision at the right time. Skills will also display different ability types to clue you in on the type of ability you’re about to use. There are melee skills, which are represented by a red orb, ranged skills which are represented by a green orb, and spells, which are represented by a blue orb. Melee skills can be defended, evaded, or blocked by enemies, and the damage they deal is based on the Strength stat. Ranged skills can’t be defended, but they can be evaded or blocked by enemies, and their damage is based on the Agility stat. Spells will always hit, and their damage is based on a character’s Intelligence stat. Something else to consider is if the skill is going to target a single enemy, a line of enemies, or a group of enemies, or how many of your party members it will affect. As your character levels up, so will the abilities be improved and evolved.


Another important piece of information is the turn order, presented on the left side of the screen. By looking at it, you can tell the order in which enemies and party members will be acting during battle, which will be determined by their initiative. Knowing who will act first and how many of your allies will take their turn in quick succession is a must, since that will allow you to plan which abilities you’ll use to damage your opponents or to heal your party members or boost their defense stats. 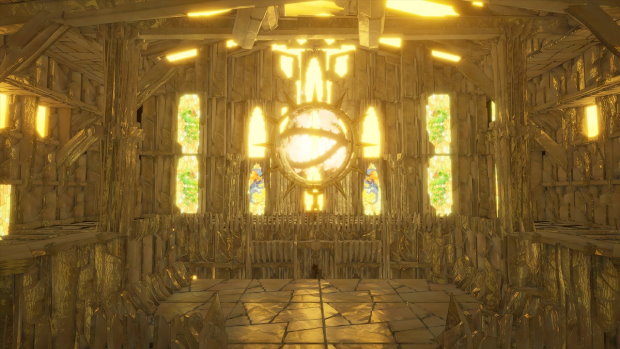 You can also take on a set of in-game achievements, listed under the Awards section of Operancia’s main menu. The objectives to complete include things such as completing each of the game’s chapters (Lake of Anna, The Great Forest, Deva Fortress, World tree, Copper Forest, etc.), completing the game on any difficulty setting, fully revealing all maps – something that is certainly going to add a bit of extra time to your run – buying everything from Elia’s stock, brewing all of the potions, dig up all buried treasure, unlocking at least three skills from any talent tree, finding all recipes, and many more. It’s a robust list that will have you playing for dozens of hours.

Operancia: The Stolen Sun is a fun and challenging first-person dungeon crawler that pays homage to the classics in the genre while adding a modern twist to the formula. With a great art style, a good use of the Unreal Engine 4 for its graphics, solid voice acting, and plenty of content to enjoy, Operancia: The Stolen Sun is an easy one to recommend on Nintendo Switch to fans of the first-person dungeon crawler genre.

Disclaimer
This Operancia: The Stolen Sun review is based on a Nintendo Switch copy provided by Zen Studios. 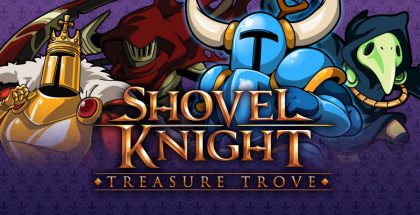 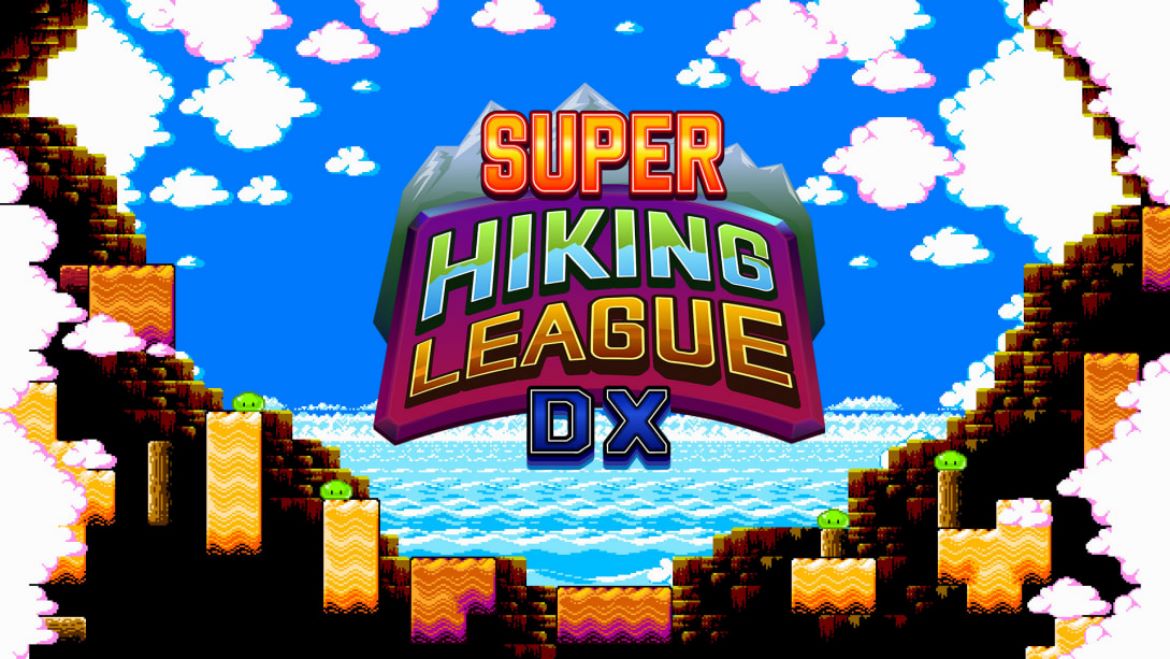 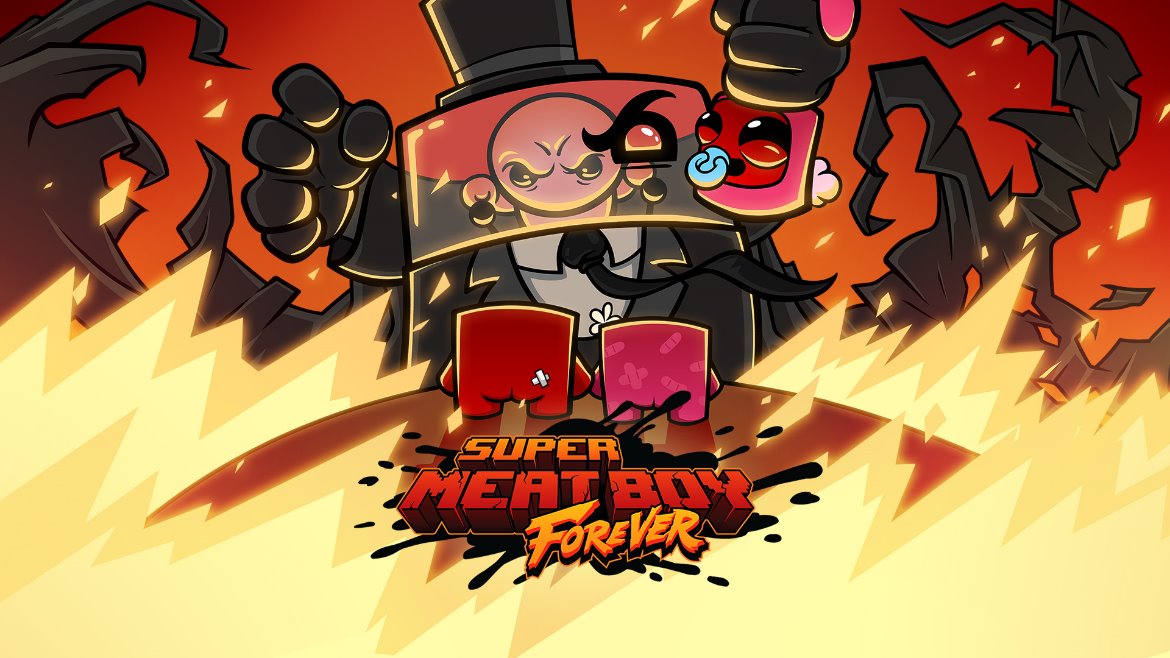 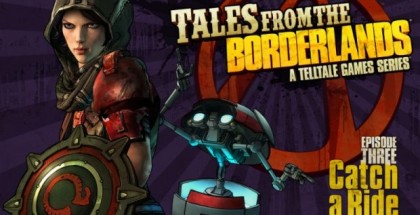 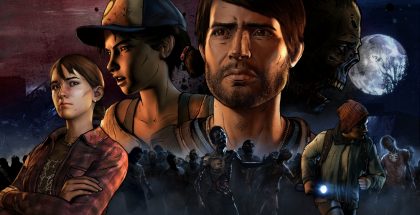