Mekorama from Rainy Frog is a relaxing puzzle game with 100 levels, out now on Nintendo Switch. Learn more in our Mekorama review!


In Mekorama from Rainy Frog, you’ll control cute robot B – named thusly because he sort of looks like a bee – who ends up crashing on a strange cubic planet. You’ll be tasked with exploring each stage by rotating it on a 3D space so that you can find the solution to each problem. Mekorama started its life as a mobile game, and it has now been brought to the Nintendo Switch by Martin Magni, Ratalaika Games, and Rainy Frog. New to the console version are 50 extra levels, bringing the total to 100. 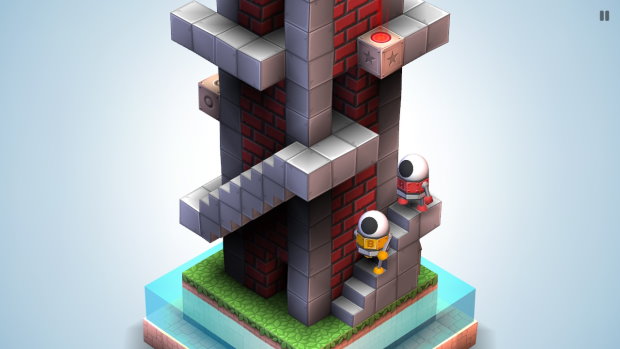 You can play this one with the Nintendo Switch Joy-Con or the Nintendo Switch Pro Controller, or you can play it in Portable or Tabletop mode – or on your Nintendo Switch Lite – by using the console’s touchscreen. The first level in the game will allow you to learn the basics so that you can get the hang of things. If using a controller, you’ll use the left analog stick or the D-Pad to move the on-screen cursor, interacting with the A button. When you press the A button, you’ll tell B to move to that spot, but if you press and hold the A button, you can then move the whole stage with the left analog stick or the D-Pad. You can also drag things to help B get to the exit. 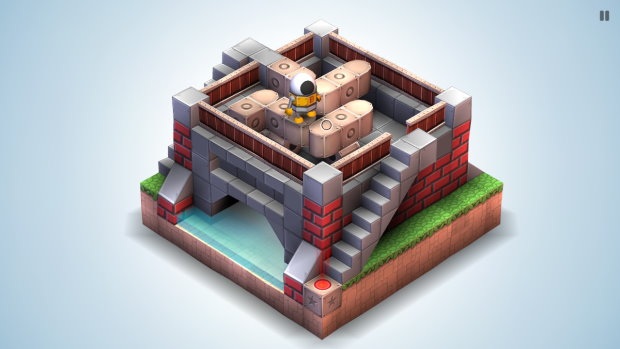 Stages are split into Easy, Medium, Tricky, and Hard levels, and there’s also the option of creating your own custom levels! That’s right, you can apply what you’ve learned from playing the 100 levels that Mekorama has to offer on Nintendo Switch, to then use that to build custom levels. By using the editor, you can select the different types of blocks from the tray at the bottom of the screen, so that you can place them around on the screen by just grabbing and pulling them into existence. Once you think you’re done, you can then give your own level a go to see if it can actually be solved. Once you’re done, save your creation as a level card, and give it another go so that you can build a new stage! 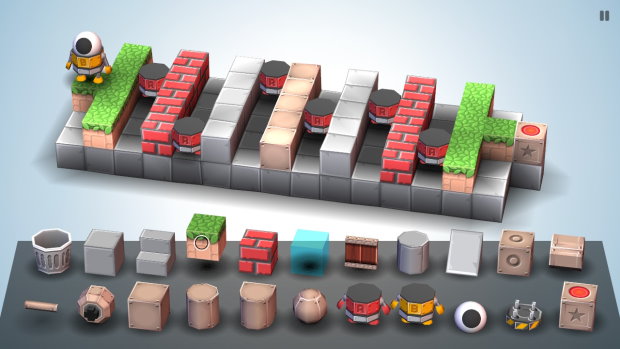 The set of Easy stages are probably going to feel a bit too easy for you, but they do have a reason for being that way. Think of the Easy stages as an extended tutorial of sorts that is preparing you to be ready to take on the Medium, and Tricky levels, and even more so for the Hard levels. The difficulty will ramp up at a steady pace, allowing you to enjoy the new elements that Mekorama throws into the mix at a steady pace. What if another robot enters the scene, but you can’t control it and can only use B to block his path so that he moves somewhere else? 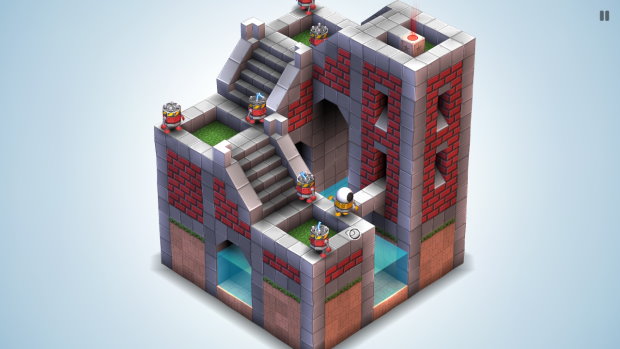 Mekorama is a fun and relaxing puzzle game with plenty of content for its budget price. With 100 levels to offer – 50 of them new for its console release – as well as the option of creating your own stages, this is an easy one to recommend on Nintendo Switch. Mekorama is out on Nintendo Switch for only $4.99. 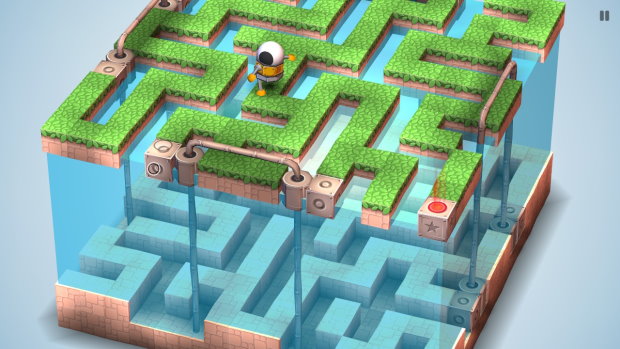 Disclaimer
This Mekorama review is based on a Nintendo Switch copy provided by Rainy Frog.