[Beyond PlayStation] Exit The Gungeon Review


A couple of years ago, I got a chance to review Enter the Gungeon, a fast-paced and challenging bullet hell roguelike dungeon crawler from Devolver Digital and Dodge Roll Games on Nintendo Switch that was a most excellent experience. It’s now 2020, and after getting its start in the Apple Arcade service, sequel Exit the Gungeon is now out on Nintendo Switch! As its name suggests, Exit the Gungeon takes place after the events of prequel Enter the Gungeon, and this time around, you’ll take on a bullet hell dungeon climbing experience that feels very fresh. 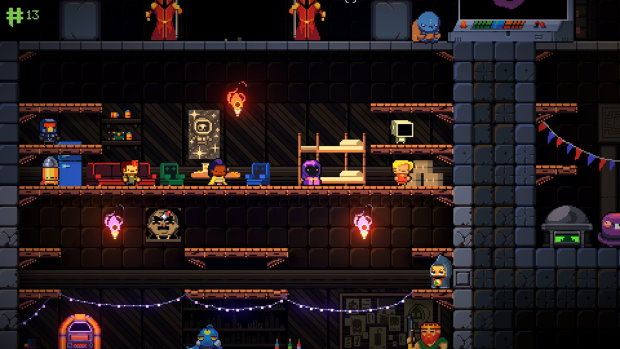 After the events of Enter the Gungeon, the titular location has become a paradox and is collapsing into itself. You’ll take control of one of the Gungeoneers as you help it climb through the dungeon so that it can finally be free from all of this. You’ll be armed with an ever-changing weapon and your trusty dodge roll ability, as you try to stay alive, hoping to make it to the end before it’s too late. Due to the game’s roguelike randomly generated nature, no two runs through Exit the Gungeon will be the same, which instantly gives this one a ton of replay value. You’ll ascend through a series of make-shift elevators created by the Tinker as you try to reach the exit.


You can select between the default Pilot character, or change to the Marine, the Hunter, or the Convict. Each of the Gungoneers will get a different type of route, that will be specifically tailored to their skills and weaknesses, which means that on top of the randomly generated content, by changing between the four available characters, you can get four different experiences for Exit the Gungeon. Sure, there’s going to be some overlap here and there, but it does offer some nice extra variety for the four Gungoneers. 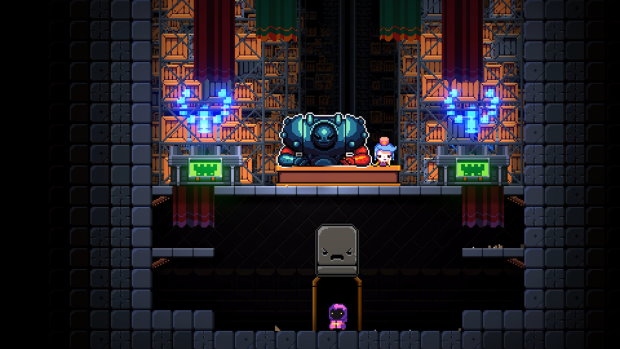 Once you’re ready, be sure to talk to Ser Manuel to play the tutorial section of Exit the Gungeon so that you can get a refresher on how to do things in this new 2D adventure. You’ll control your Gungeoneer with the left analog stick, doing an ascending dodge roll with the B button, a descending dodge roll by pressing down and the B button, and a proper dodge roll on the ground by pressing the A button. There’s also the option of substituting the A and B buttons with the L and ZL buttons. You can interact with characters and things with the Y button as needed. When you’re using a dodge roll, you’re invincible until you hit the ground. This is very important because everything in Exit the Gungeon is trying to kill you.


If you’re ever feeling overwhelmed by the huge number of bullets coming your way, you can make good use of the all-powerful Blanks. Blanks are a mighty item you can use to make all bullets on the screen instantly disappear, and because of this, they’re rare and limited items that you better use at the right place and the right time! Your Blanks will be mapped to the X button, so while you’re running, shooting, and dodge rolling all over the place, press the X button if needed, and all of your worries will go away… for a second or two. As for the shooting part of the equation, you will aim with the right analog stick and shoot with the R button, as you keep in mind how many bullets your current weapon can hold. 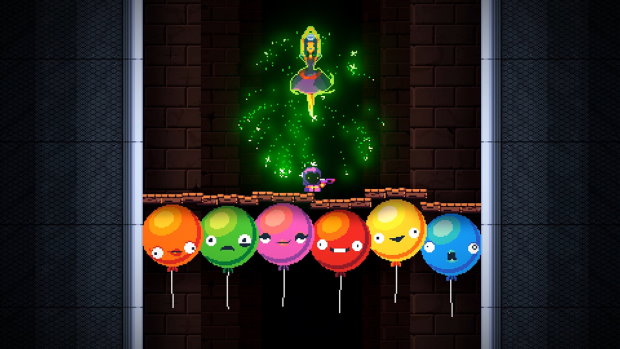 Due to the game’s new 2D sidescrolling jumping nature, you’ll end up using new weapons, finding new items, and battling against new enemy and boss types. On top of this, you’re getting a very different experience since things are now on a 2D plane instead of playing around on semi-3D top-down locations, as was the case with Enter the Dungeon. The skills you picked up by playing Enter the Gungeon will not go to waste in this sequel since you’ll still be facing a ton of enemies that shoot a ton of bullets and you can, therefore, make the most of what you’ve learned, adding the new stuff you can do in Exit the Gungeon, such as being rewarded by the combo runs you manage to pull off, getting lots of money and better guns that will help you stay alive. Oh, and you can also find many hats for your Gungeoneers. Who doesn’t like collecting hats in a video game? 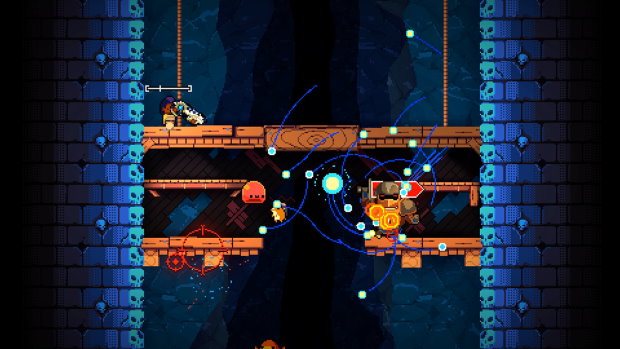 As you take on what Exit the Gungeon has to offer, you’ll collect lots of money. You can use this at Bello’s shop in the Gungeon, making purchases at the different Shop Keep machines you’ll find, so that you can buy more guns and items to aid you on your journey. You can buy some recovery items to heal your Gungeoneer, armor to protect from damage, extra bullets so that your weapons can be used more times before needing to reload, or having fatter, richer bullets to dish out to destroy your enemies. 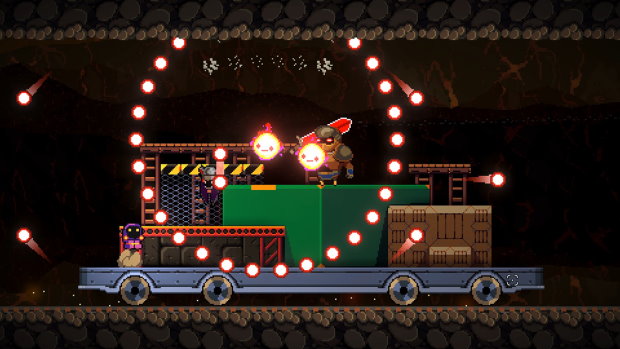 Exit the Gungeon got a surprise release on Nintendo Switch, and it was certainly a pleasant surprise! Due to its mobile gaming origins, the setup and overall gameplay loop are different from Enter the Gungeon, featuring a more bite-sized formula for playing short level after short level. You’ll still be dying a lot, learning from your mistakes as you go, and making some slow but steady progress as you manage to make it further and further up the elevators that will eventually lead to your salvation. Exit the Gungeon is out now on Nintendo Switch, and it can be yours for only $9.99.

Disclaimer
This Exit the Gungeon review is based on a Nintendo Switch copy provided by Devolver Digital.

[PS4Blog.net Interview] AREA 35 And Chuckefish On TINY METAL And Wargroove