Broken Lines from PortalPlay and Super.com is an alternate-history tactical RPG on Nintendo Switch. Learn more in our Broken Lines review!


Broken Lines presents to us an alternate reality version of World War II with tactical RPG gameplay mechanics. It places a big emphasis on story and character development, giving us an inside look at what makes each character tick. It’s a game that surprised me on Nintendo Switch with its polished look and feel, with an art style that helps to make everything pop. You’ll get to meet a varied cast of characters who find themselves behind enemy lines at the worst of times after crash-landing during an operation. 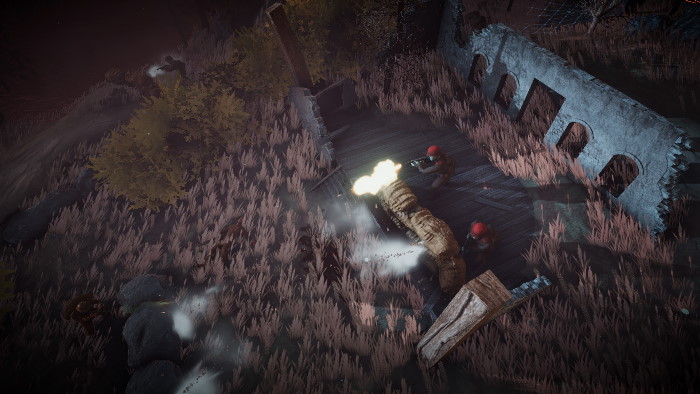 Your group will consist of Raymond “Ray” Avery, a fast-acting hot-headed Scotsman, Rossie Conner, who prefers to stay back and isolate herself from the rest of the team as she provides covering fire for the team, Ernest Fry, a medic who is the youngest member of the group, Brenda Hailey, a former medic who uses her vast experience on the battlefield to make a difference fighting in the frontlines, Andrew King, a member of a family with a strong tradition of military service, Steve Sherman, a radio operator who aims to spare as many lives as possible, William “Bill” Morgan, an Army veteran who is still going strong, and Elliot Wood, an optimist new recruit who is the fastest of the bunch. 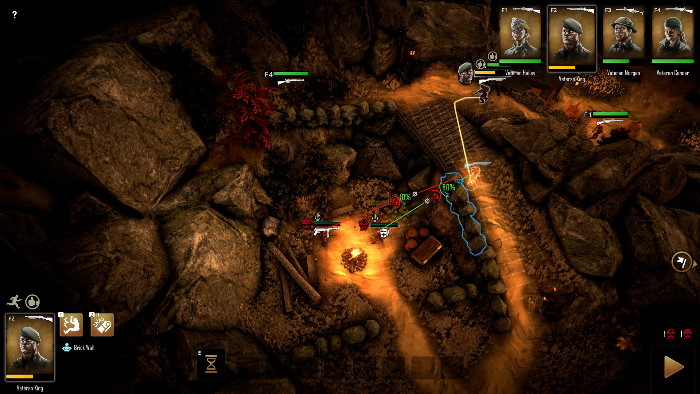 Combat is of the turn-based variety, but it feels a bit more dynamic than what most tactical RPG games use. You will need to make the most of the special abilities and stats of each unit to be able to stay alive another day. Your attacks will have a probability of hitting – or missing – your opponents, and you’ll need to pay attention to this, or else you might be taking unnecessary risks when trying to defeat your enemies with low odds. Using cover is also a must since even partial cover can make a huge difference in battle.


There is a Tutorials section you can access straight from the game’s main menu, and it’s here that you can learn the basics for the game’s combat. You’ll learn about moving the cursor with the left analog stick and then using the A button to place waypoints for your units to move to. Depending on their stance, they will move at different speeds. If they’re crouching, they will move slowly but will attract less attention. If they’re walking regularly, they can shoot regularly while moving but might catch your enemies’ attention. If they’re sprinting, they’ll certainly reach their destination at a faster pace, but will certainly attract a ton of attention! Once you’re ready, press the ZR button to execute your move. 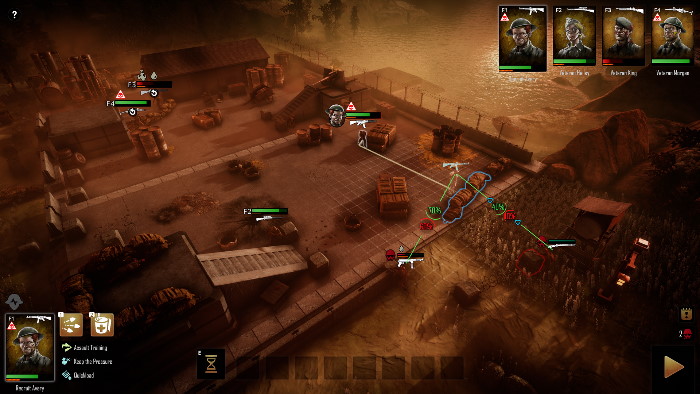 Your soldiers will shoot automatically at enemies that are within their weapon range, switching targets to the nearest threat. If they’re moving and shoot, then their accuracy and firing rate will be impacted. If your enemies are within cover, then they will have a better chance of avoiding your attacks, or of receiving less damage. You can review the percentages as you move the cursor over the playing area so that you can decide what the best course of action is. Sometimes you might want to take your time and flank your opponents so that you can deal some extra damage before they even get a chance to react – but this isn’t always an option. 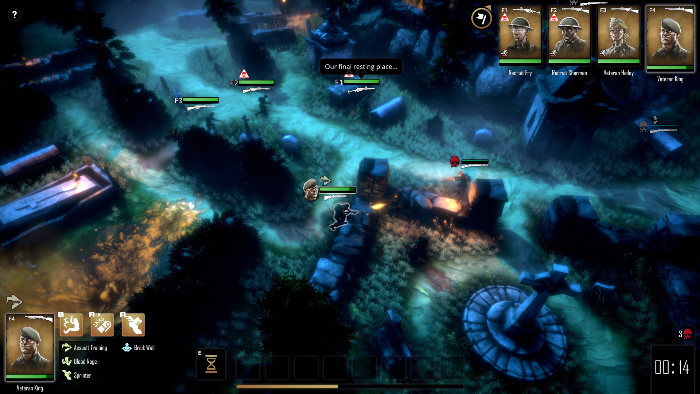 The choices you make along the way will have some very definitive consequences, altering the storyline and what eventual ending you’re going to get. There are no easy choices in Broken Lines, and you’ll need to make what at the time seems like the right call. Do you burn a village down to get rid of the enemy troops, putting civilians at risk in the process, or do you try to sneak past the enemy soldiers, putting your group at risk? These and other choices will be presented to you at different intervals, so you better be ready! 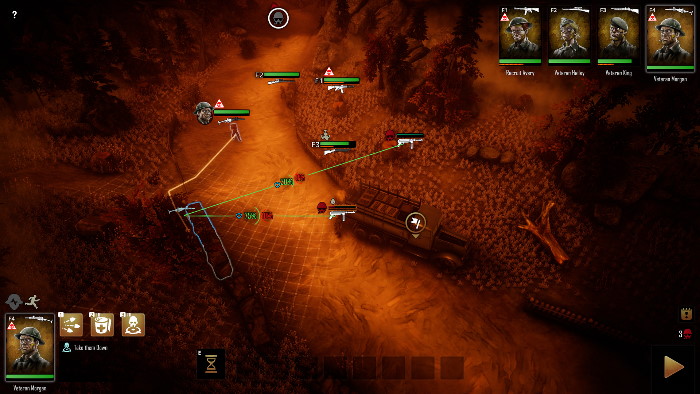 You can customize your experience by changing the difficulty setting between Easy, Medium, and Hard. You can also have a custom difficulty setting. With the custom difficulty setting, you can select the enemy variety, add a multiplayer to the damage dealt by your units or by your enemies, change the number of revivals allowed after the prologue mission (with the default being one revival per mission), decide if enemies can use weapon abilities or explosives, if enemies can move freely, or if they can use teamwork skills. It’s a nice way of allowing players of all skill levels to take on what Broken Lines has to offer. 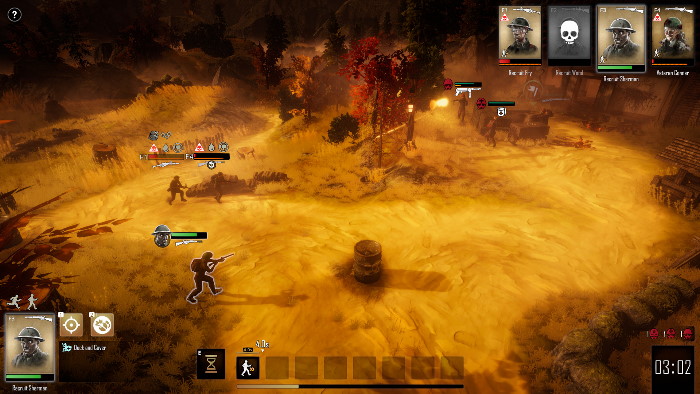 Broken lines is a great tactical RPG game on Nintendo Switch that you have to play. It features a good cast of characters, solid gameplay mechanics, nice customization options to tailor the overall experience to your liking, as well as different endings to achieve, and there’s not much to complain about this one. I had fun playing it in Docked, Portable, and Tabletop mode and didn’t notice any slowdown or other issues during my time with the game. If you’re a fan of the tactical RPG genre, then you’re in for a treat!

Disclaimer
This Broken Lines review is based on a Nintendo Switch copy provide d by Super.com.