Strictly Limited got in touch to mention they’re doing physical PS4 and Nintendo Switch versions of Sisters Royale: Five Sisters Under Fire. Come check them out!


Sisters Royale: Five Sisters Under Fire is the first new game from AlfaSystem, who brought you the Shoot ‘Em Up “Castle of Shikigami III” in the “Castle of Shikigami” series. Many are already calling Sisters Royale a worthy successor to the much-acclaimed series. Hardcore action, anime-style graphics, with five uniquely talented sisters all vying strategically over which of them will marry the angel, Yashin.

Five sisters, all with unique magical talents, battle it out with Tension Bonus Systems (TBS), a point multiplier system based on distance from enemies, and the Power-shot System that boosts attack levels. Find hidden Secret Fairies to gain massive scores, but only if the players take additional risks by multiplying the TBS bonuses! Get to know the score boosting techniques and take your place on the global leaderboard! 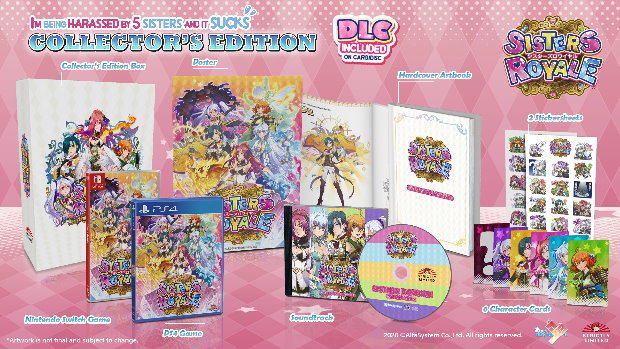 The Collector’s Edition for Sisters Royale: Five Sisters Under Fire, available for €49.99, from Strictly Limited, includes:


You can get a regular or Collector’s Edition copy on PlayStation 4 on Nintendo Switch by following this link.

Bubble Bobble 4 Friends Out Next Month