We’re working on a review for Depixtion, so I got in touch with DevHour Games to talk a bit about the game’s development. Come check it out!

PS4Blog: Good morning! Thank you for joining us. Can you help us get started by telling our readers a bit about yourself and your work?

DevHour Games consists of three folks who have an undying passion for video games that met among some rather boring circumstances. We worked together for some of the largest multi-conglomerates around as IT and Business consultants, but grew pretty tired of the monotony of office work, and decided to form our own video game company. Thus, DevHour Games was formed, and we started making the games that we always wanted to play growing up. 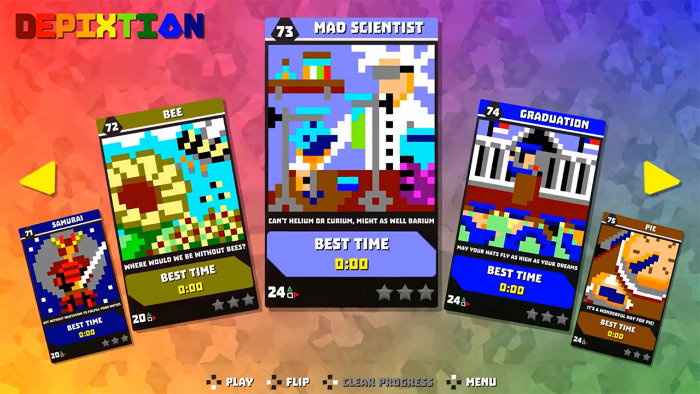 PS4B: Speaking of that, Depixtion is hitting Nintendo Switch on February 28. How would you describe the game to someone who’s never heard of it?

Great question. For those who aren’t familiar with Picross or Nonograms, we try to get them to think of other logic puzzles that use numbers as clues. There’s Sudoku, for example. But rather than using the number clues to deduce a mathematical answer, the numbers clues represent a pattern of colors you fill in on a grid. Kind of like painting by numbers mixed with logic problems! It’s the perfect mix of puzzle-solving that puts you into a Zen-like state. 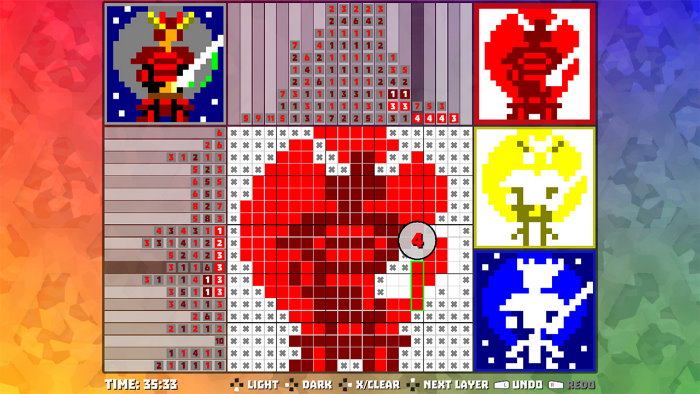 PS4B: How long did it take to port the game to Nintendo’s console? Where there any hurdles or challenges you had to overcome?

The technical aspects of porting Depixtion from PC to the Switch were rather minor, and took, give or take, two months. Overall, it was a rather painless process.

The challenge arose with our choice to self-publish Depixtion as opposed to having a publisher handle all of the ins and outs of dealing with Nintendo. It turns out, Nintendo is incredibly specific with just about everything, from launch trailers to exact verbiage in games released for the Switch. We got quite a few kickbacks on builds of the game and marketing material that probably could have been prevented had we the knowledge that an experienced publisher can provide. 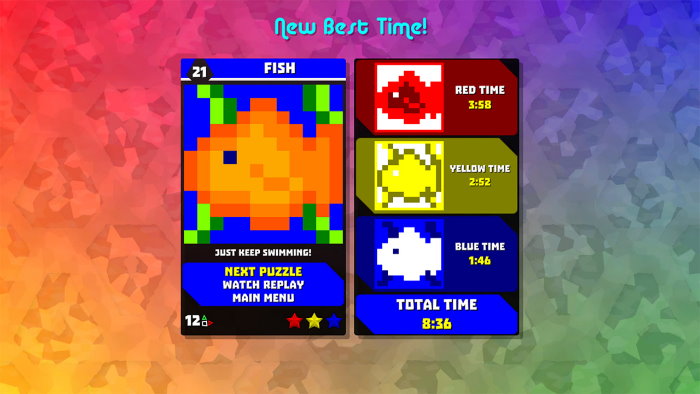 PS4B: Are you considering releasing additional puzzles for the game to be made available as free or paid DLC?

We are planning to release a handful of additional puzzles for free shortly after launch to round out our total puzzle count to from 96 to 100 Depixtion puzzles (from 288 to 300 Picross puzzles total). As for DLC, we are currently planning on at least one paid DLC pack, with the potential for more! 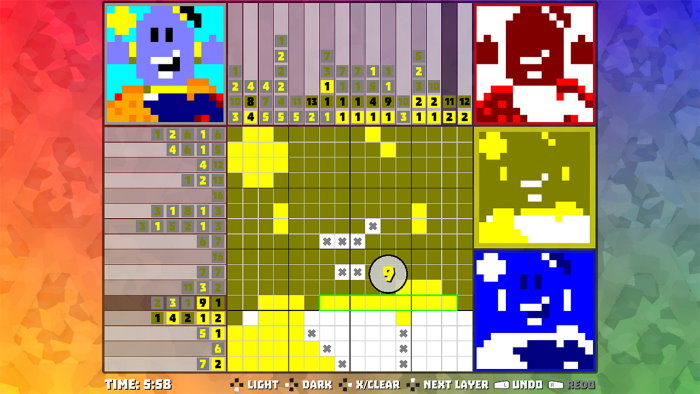 PS4B: On that note, Is there any chance that Depixtion: Halloween will also make its way to the Nintendo Switch later this year?

Yes! However, there is a caveat.

When we launched Depixtion: Halloween on Steam, we opted to release it as its own standalone game. Turns out, having to launch two separate applications to enjoy all of the puzzles between both versions of Depixtion proved to be rather cumbersome.

That’s why we decided that if we were to release Depixtion: Halloween on the Nintendo Switch, it would be as paid DLC to Depixtion. While the release date for this DLC is currently TBD, but we imagine it’ll be out just in time for the holidays this year! 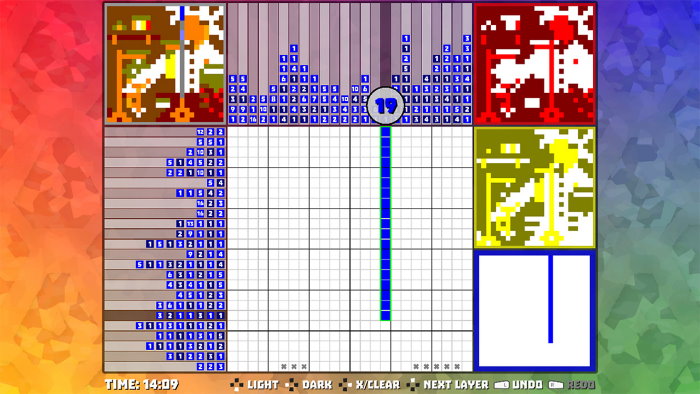 We started DevHour Games a year ago with the intention of bringing the world the games that we want to play. Games that we find fun for all the right reasons. We are absolutely pumped that we are finally getting the chance to share one of these creations with everyone, and have been enthralled by the positive reception we have been getting so far. Thank you for taking the time to review Depixtion and Interview us, & thanks to all of our amazing fans, current, and future. We honestly couldn’t do it without you all! 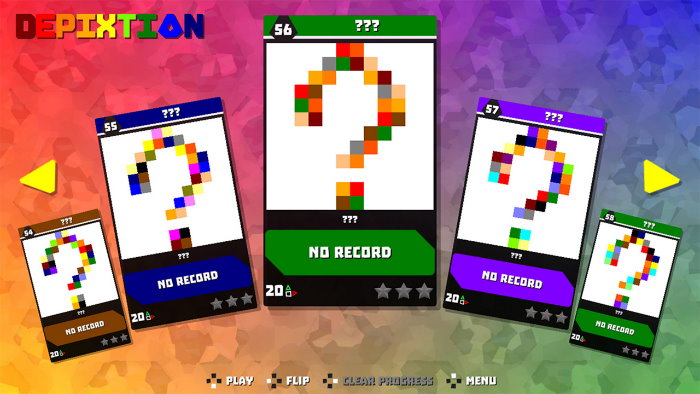