The Yakuza Remastered Collection is finally complete on PlayStation 4! After an initial pre-order release back when Sega made Yakuza 3 Remastered available on PlayStation 4, followed by the release of Yakuza 4 Remastered, Yakuza 5 Remastered has been released digitally on Sony’s home console, along with a physical edition that includes all three games on two Blu-Ray discs, alongside a collectible Yakuza 5 PlayStation 3 case, all housed in a gorgeous red case. If you recall, Yakuza 5 launched as a digital-only release on the PlayStation 3, hence the collectible PS3 case included with limited supplies of the retail version of the collection. 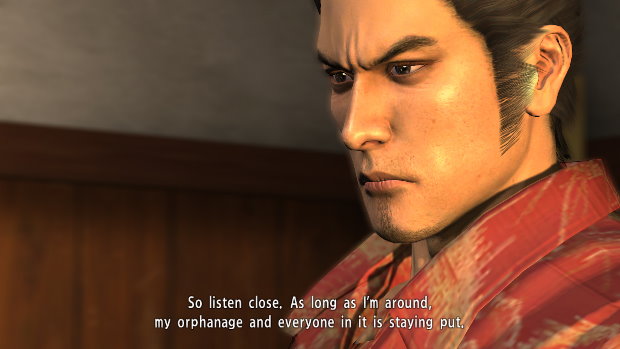 Unlike Yakuza Kiwami and Yakuza Kiwami 2, which were remakes for both games, developed in the same engine as Yakuza 6, which gave them a significant graphical boost. On top of this, new gameplay features and other quality of life upgrades were introduced, along with additional story sections and substories. On the other hand, Yakuza 3, 4, and 5 in this collection are labeled as the “Remastered” versions. What this means is that, first of all, the three games in this collection have been upgraded from a 720p presentation at 30 frames per second (fps) to 1080p at 60fps. There also some quality of life improvements that have been added to the games to make them better.


The scripts for all three games have also been reviewed and revamped with a new localization, sometimes even going as far as rewriting some of the content to better fit the overall story arc. There was also some content that was cut back when Yakuza 3, 4, and 5 were brought from Japan to the West. Thanks to this, there are more substories to take on in this trilogy, along with more mini-games since some were cut for the release of Yakuza 3 – yes, this does mean that you can now take on the Mahjong, Massage Parlor, Shogi, and Cabaret mini-games. 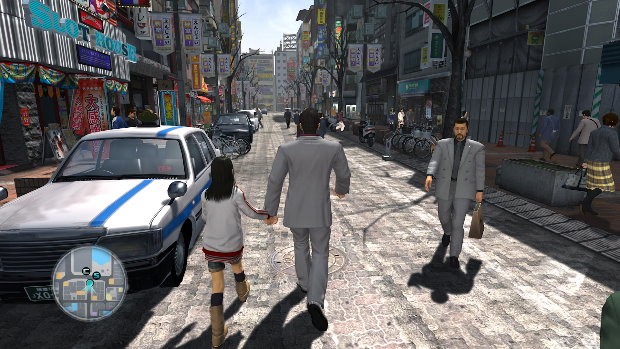 First up is Yakuza 3. We’re back on Kamurocho, the fictional take on a particular location in Japan – which, if you visit, you will instantly recognize every road and corner you walk around in Yakuza 3. Things have changed for main character Kazuma Kiryu after the events of the previous game, as he’s decided to step away from the life under the clan for good. He decides to settle in Okinawa, where he starts to run an orphanage along with the young Haruka Sawamura, his adoptive daughter. Together they work hard to provide a home and a life for several kids. 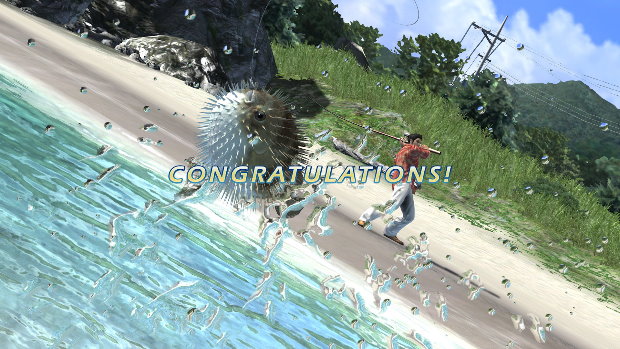 Before leaving for Okinawa to start a new life at the orphanage, Kiryu pays a visit to Goro Majima, who has also left the yakuza and started a legitimate business. The reason for this impromptu meeting – on a rooftop of all places? Kiryu believes that Daigo Dojima, who will act as the Sixth Chairman of the Tojo Clan, is still inexperienced, and will require someone by his side who can keep everyone on check. One fight later, and Majima has agreed to do it after Kiryu puts up a good fight.

Six months later, as expected, things start to go terribly wrong for Kiryu’s plans. Someone has “bought” the land on which the orphanage is located, and that means Kiryu has to find out what is going on and keep the orphanage from being closed. Things are actually not what they seem, and there’s a lot going on behind the scenes as to why this particular piece of land is so important. As you can imagine, Kiryu ain’t having none of it, and will use his fists to solve the problem! 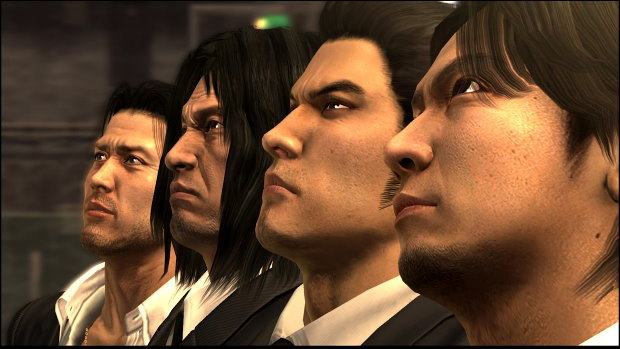 As for Yakuza 4, it released in Japan in 2010, arriving in North America in 2011 3 days short of a year later. The sequel to Yakuza 3 – of course, it’s a sequel, as if the numbering didn’t give you a hint – follows on the events a year after the prequel, expanding on the areas you can visit by adding new locations that make Yakuza 4 feel fresh. The four in the game’s name also plays into the number of characters you’ll play as since along with Kazuma Kiryu, you’ll get to take on the storylines of Taiga Saejima, Shun Akiyama, and Detective Masayoshi Tanimura. 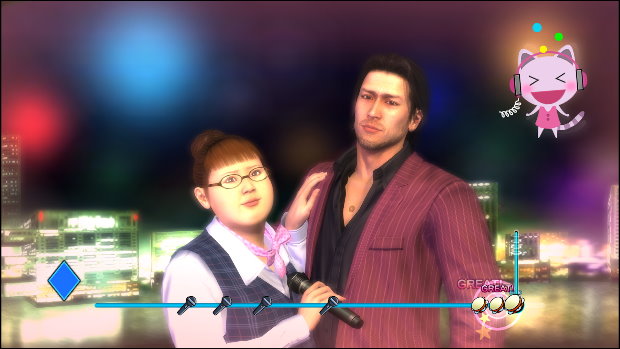 Because of this, the overall gameplay beat for Yakuza 4 is very different from all three games before it, which I certainly dug. I do recall that back when the fourth entry in this long-running series was released, the public was a bit split on this new direction since not having all of the focus be on Kazuma Kiryu seemed to a subset of people as a weird design choice. In the end, the game has stood the test of time, and it can certainly stand proud next to all other games in the franchise.

I got to review Yakuza 5 a little over four years ago, back when it released on the PlayStation 3. We had to wait for three years for the game to make the trip from Japan to North America. It was a huge download-only release that weighed in at a meaty 50 GB, which took a big chunk of my PS3’s hard drive space. It was bigger and better than Yakuza 4, and worth the wait. Thanks to this remastered release, the Yakuza Remastered Collection, we’re getting the best possible version. I also recall that I had to wait a lot to update the firmware of my PlayStation 3, as well as the actual PlayStation Network store!


As for the story, as expected, Yakuza 5 picks up after the events from Yakuza 4, but it changes things up by allowing you to control five main characters as they explore five locations. Thanks to this, you will get to play as Haruka Sawamura, who is on a very special journey to become the biggest idol ever, which certainly fits right into the more light-hearted side of the Yakuza series. Along with Haruka, you will get to, of course, play as Kazuma Kyuri, along with Shun Akiyama and Taiga Saejima from the previous game. There’s also Tatsuo Shinada, a new character you will get to learn more about as you go. 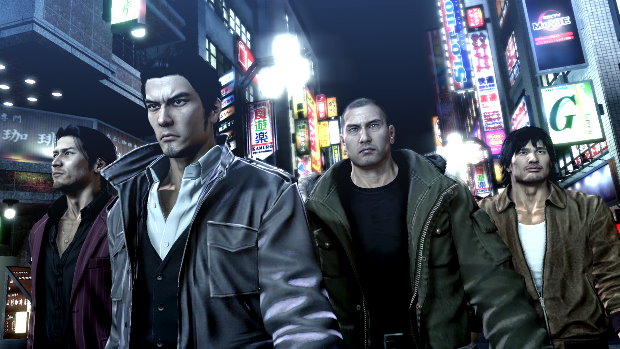 But wait, there’s more! Not only are you playing as five different characters, you’re also exploring five different cities! Yakuza 5 is massive, and it does its “5” justice since it gives us five protagonists, five storylines – that come together at the end – and five cities to explore. If you’ve played a Yakuza game before, then you have an idea of how big of an area you explore in just the one game. You can then imagine how taking on the story of five characters and exploring five cities. 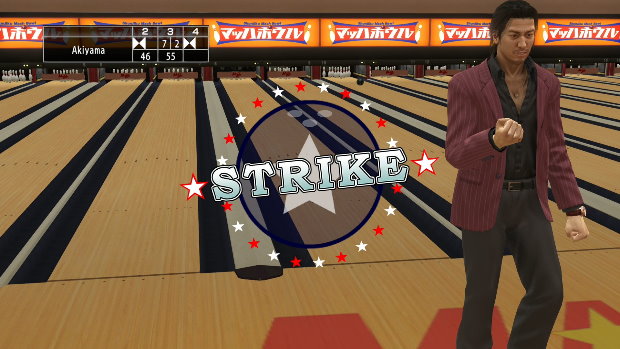 The Yakuza Remastered Collection is a must-have for fans of the series, and a great way to revisit three classics at one low price. While the three games included in the collection are not outright remakes like both Yakuza Kiwami and its sequel, you really can’t argue with the improved and definitive versions we’re getting in this collection for only $59.99. All games in the Yakuza series are now on PlayStation 4, from Yakuza 0 to Yakuza 6, and with Yakuza: Like a Dragon on its way to Sony’s console this year, that’s a lot of Yakuza to enjoy! 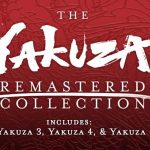 Disclaimer
This Yakuza Remastered Collection review is based on a PlayStation 4 copy provided by Sega.