Milo’s Quest from Ratalaika Games is a colorful action/puzzle adventure on PS4 and PS Vita that you should check out. Find out why in our Milo’s Quest review!


This is a double review for Milo’s Quest. EdEN and Ceidz played the game, and this review presents what they both had to say.

Milo’s Quest from Ratalaika Games is a colorful action puzzle adventure that places you in control of the titular Milo, a dog who has unfortunately unleashed great evil into the world! He was having a nice stroll when he saw a delicious bone. Unfortunately, once he bit into it, he realized it was actually a cursed bone that ends up unleashing the Evil King Old Skull. Evil King Old Skull ends up unleashing ghosts into the world, so Milo sets out on an adventure to fix this. 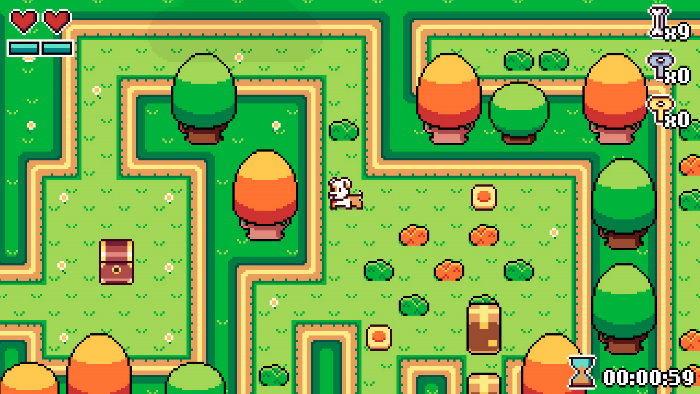 The first thing that came into mind when I started to play Milo’s Quest was the beloved The Legend of Zelda series from Nintendo. Milo’s Quest has a look and feel that reminded me, in particular, of The Legend of Zelda: A Link to the Past. You will be pushing things on top of switches, obtaining items to gain new skills, collecting keys that will open doors. There are also some treasure chests here and there that you can open, and even large hearts that will increase your overall health! 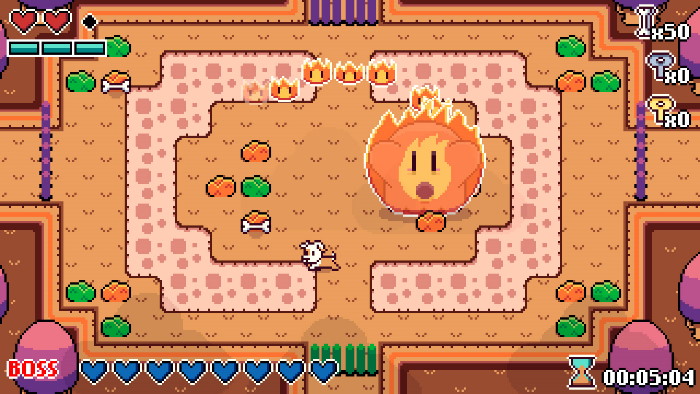 As you gain new relics, you will unlock new abilities for Milo. You’ll be able to quickly jump into action since the controls are very easy to pick up. In Milo’s Quest, you’ll move Milo with the left analog stick or the D-Pad, attacking (and dashing) with the Square button. If you need to interact with something, you can do so with the X button, which can also allow you to grab and push things. If you need to access your inventory, you can do this with the Triangle button. You will also gain access to a pair of binoculars, which you can use with the Circle button to look around the screen.

As EdEN mentioned, Milo’s Quest definitely has a very The Legend of Zelda vibe, and it also reminded me of The Legend of Zelda: Link to the Past. You will have a health bar represented by the hearts in the upper left corner of the screen, and there’s also a stamina bar right below that you can use for some of the abilities you’ll unlock. Because of this, along with the large hearts to increase Milo’s overall health, you will also find containers that will boost your total stamina. 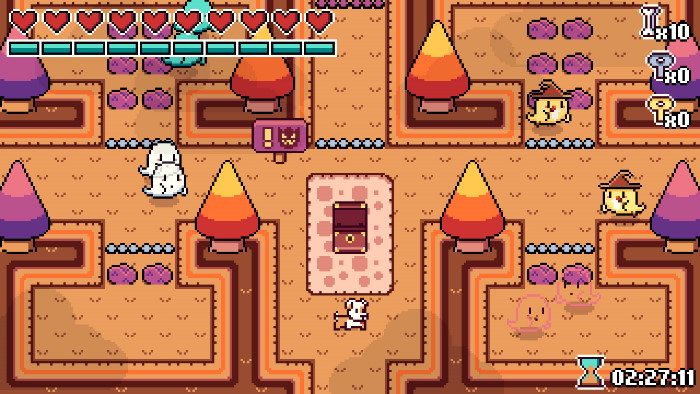 Something I liked is how you get to personalize their experience so that you can enjoy the game at your own pace. You can select from different difficulty settings. At Easy, you get more health and stamina, easier enemies, more item drops, Normal is the standard experience, and for Hardcore, as the name suggests, you get a challenging experience in which you only get one life. On top of offering that, you can also select from taking on the full game experience with the action side and the puzzles, remove the puzzles altogether or remove the adventure action. This way, if you’re not a fan of puzzles, you can still play Milo’s Quest, and if you’re not a fan of action adventures, you can still play this one! 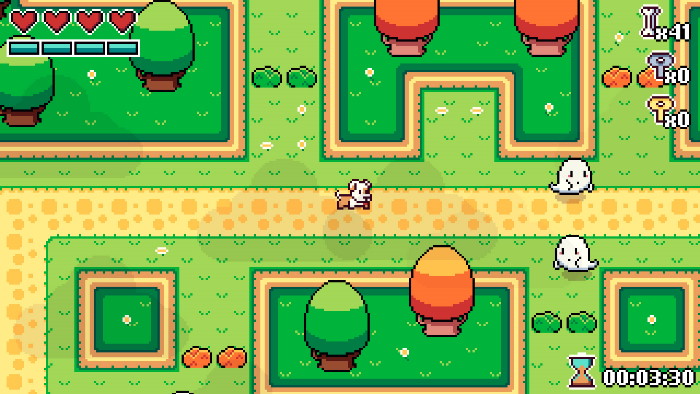 Milo’s Quest is a cross-buy game, as is usually the case for a release on PlayStation from Ratalaika Games, and that means that if you have a PlayStation 4 and a PlayStation Vita, you can get two Platinum trophies for only $4.99! The list of trophies is an easy one to complete since almost all of them will be unlocked as you go and are very hard to miss. For my part, I took the “hard way” and went on an got the Platinum trophy for Milo’s quest by taking on the game on Normal difficulty setting (enemies takes twice as many hits to get down), and with the adventure and puzzle elements activated. This will take some extra time for trophy hunters, but it’s a fun way to get a Platinum as you experience everything the game has to offer. 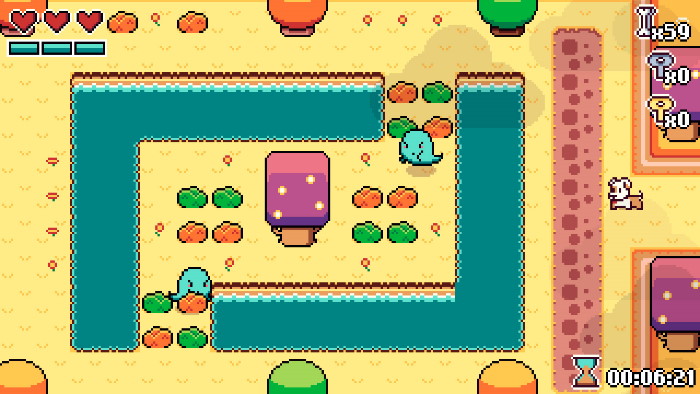 Final Thoughts
We had fun playing Milo’s Quest on PlayStation 4 and PlayStation Vita and liked it’s homage to the excellent The Legend of Zelda series. The puzzles are of the “push things” variety, so if you like those, you can take on the full Milo’s quest experience. Since the blocks move only in four directions, and Milo can move all over the place in eight directions, this might make it harder to push a block at the right spot, but once you get the hang of things, puzzles won’t take more than a few puzzles to solve. Milo’s Quest is out right now as a cross-buy game on PlayStation 4 and PlayStation Vita for $4.99. 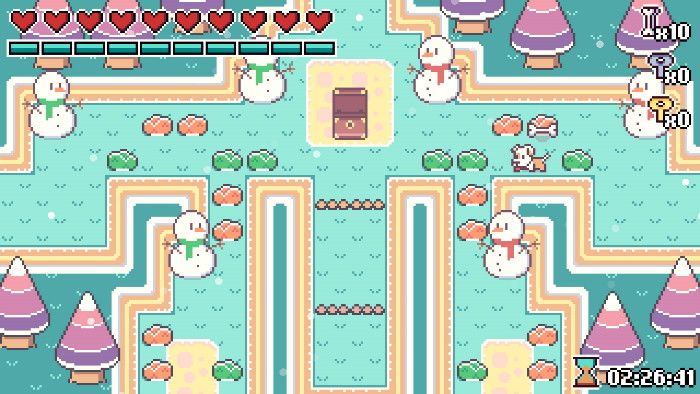 Disclaimer
This Milo’s Quest review is based on PlayStation 4 and PlayStation Vita copies provided by Ratalaika Games.