BUG-Studio and Ratalaika Games are back on PS4 and Vita with a sequel to the 2019 colorful FoxyLand. Come check out our FoxyLand 2 review!


This is a double review for FoxyLand 2. EdEN and Ceidz played the game, and this review presents what they both had to say.

FoxyLand 2 from Ratalaika Games and BUG-Studio improves and expands on what its predecessor did on PlayStation 4 and PlayStation Vita. You’re once again playing as Foxy Fox in a new 2D platforming adventure, but you can also take on a two-player experience with Jennie Fox. At the start of the game, you’ll learn during a series of cutscenes that their kids have been kidnapped by the Wolfie brothers, so it’s up to you to go out on a new adventure to try and rescue them. 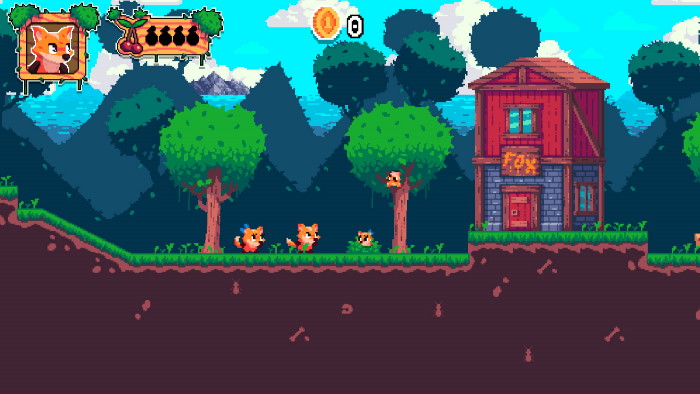 Last time around, you had to complete 36 levels, but this time around, the number has been bumped to 40 levels. On some levels, you’ll also get to find flags with the letter S on them, that is, if you search high and low to locate the secret areas that hide them. Once you touch one of these flags, all you need to do is finish the level so that the path to the new bonus level can open up. Be warned that the overall difficulty of this sequel has been bumped when compared to FoxyLand and that the difficulty for the secret levels has been bumped as well! 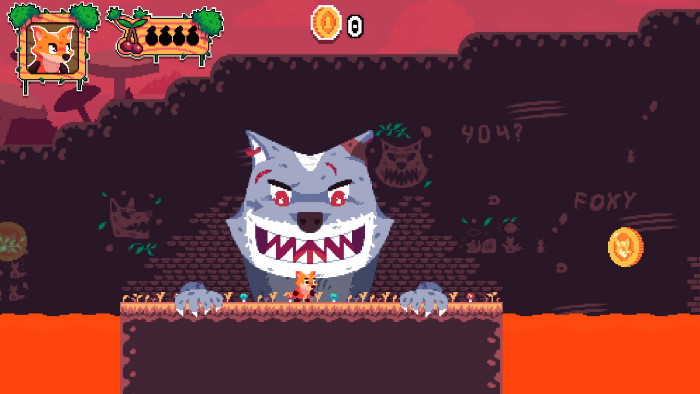 The controls for FoxyLand 2 remain as simple and streamlined as they were for the prequel. You’ll be moving Foxy Fox or Jennie Fox with the left analog stick or the D-Pad, jumping and double jumping by pressing the X button. You can also wall jump by hugging a wall and pressing the X button, and you can slide down a wall if needed. The cherries are back, and once you’ve collected some, you can use the Square button to attack with them. Instead of the gems of the prequel, you will find three special fox coins per stage, which are usually properly hidden in each level. The smaller coins you find will prove to be useful since once you’ve collected 25 coins and finish a stage, the game will reward you with one extra life. 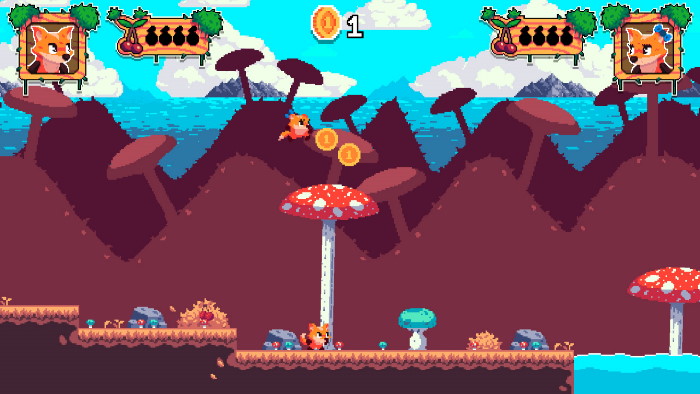 FoxyLand 2 does everything you’d expect from a sequel. It takes what its predecessor presented on PlayStation 4 and PlayStation Vita and improves on it, giving us a great looking sequel with better graphics, the same tight gameplay mechanics, a boost in the challenge department, more content, a new way of playing thanks to the two-player mode so that Foxy and Jennie can both take on this adventure to save their kids, all for a low $5.99 asking price, with cross-buy as well!

FoxyLand 2 continues with the 2D action that FoxyLand gave us last year, mixing things up a bit with a new look and feel, as well as a more difficult adventure with more levels to complete. Gone are the gems of the previous game, replaced by large coins that reminded me of Super Mario World on the Super Nintendo Entertainment System. In the first one, we got to go on an adventure to save Jennie, but for the sequel, it’s the kids who have been kidnapped. 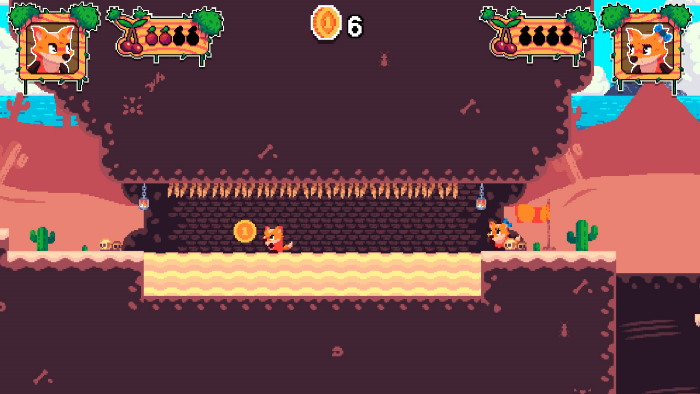 The difficulty has increased for FoxyLand 2 because a single hit is all it’s going to take for you to lose one life! In FoxyLand, you could get hit several times, and you’d end up losing the cherries you had collected but could get right back into the platforming action. For the sequel, you only get one hit, which is why the checkpoints you can activate by reaching the colorful save flag will greatly help you make it to the end. As long as you have some lives left, you’ll be able to continue from the checkpoint flag for that stage, but once you run out of lives, you’ll be sent back to the beginning of the stage with five lives. 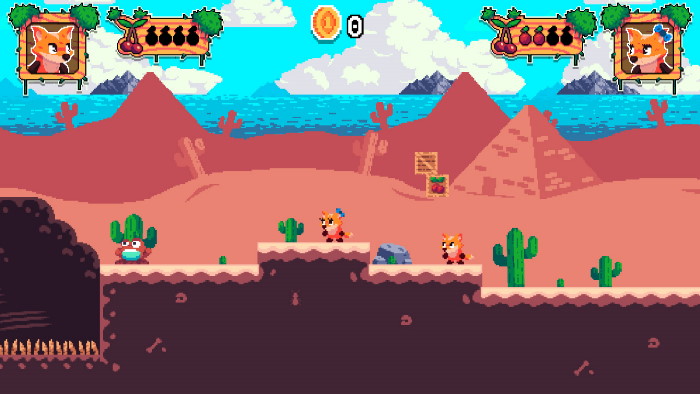 Out of the 40 levels, the first set will act as a tutorial that will teach you all you need to know about running, jumping, double jumping, wall jumping, coins, extra lives, fox coins, using cherries to attack, the enemy types you’ll run into, how one hit will kill you, and more. If you see a large sign, then that means it’s time to do some quick reading to learn something new. If, on the other hand, you see smaller signs, these are usually there to help you notice some spots that hide fox coins or perhaps a special flag that opens a secret level. 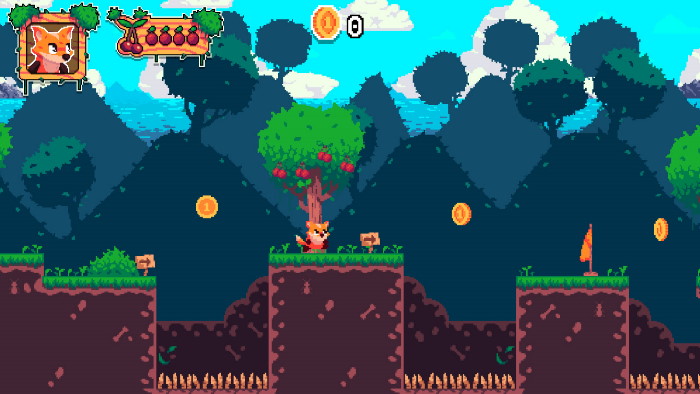 Just like the first one, FoxyLand 2 includes a full trophy list with a Platinum waiting for you, and since it’s also cross-buy release, you will get two Platinum trophies for completing all the requirements on the PlayStation 4 and the PlayStation Vita versions. There are no missable trophies for FoxyLand 2, which is always good news for trophy hunters, and all you have to do to get all of the trophies is play the game at your own pace, unlock one secret level, and complete 20 out of the 40 available levels. The other miscellaneous trophies will be awarded for collecting coins, fox coins, and for defeating each of the enemy types you’ll run into up to level 20. It’s an easy one to get, so you might not need a FoxyLand 2 trophy guide!


Final Thoughts
We liked FoxyLand when we played it last year on PS4 and PS Vita, and we certainly liked what FoxyLand 2 has to offer. It’s a fun game that improves on its predecessor with better graphics, new gameplay mechanics, and a more challenging experience, all for a low price.

Disclaimer
This FoxyLand 2 review is based on PlayStation 4 and PlayStation Vita copies provided by Ratalaika Games.