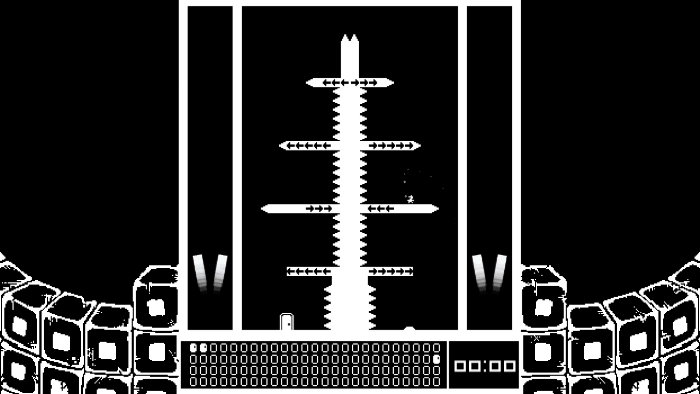 Zero Zero Zero Zero from Ratalaika Games and Alvarop Games is a minimalist action-packed and fast-paced 2D platformer. It’s presented with a clean black and white aesthetic so that players can focus on the action because, in this 2D platformer, one hit is all it takes to kill your character. There are two game modes. In Standard, the good news is that after death, you will quickly respawn in another one of the 100 levels the game has to offer. If, on the other hand, you’re playing in Hardcore mode, you will only have the one life to complete all 100 levels… so good luck with that! 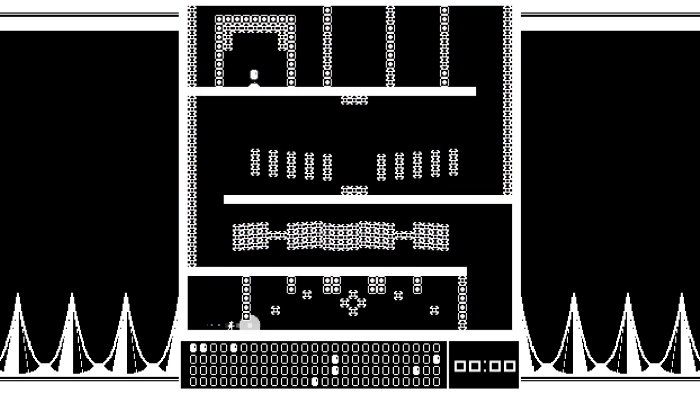 The main objective for each level has you controlling a small character that must run, jump, and shoot his way towards the small gem at the other side of the single-room level. You will do this by moving your character around with the left analog stick or the D-Pad, jumping – and double jumping – with the X button, and shooting with the Square button. Getting to the gem is only half of the goal since after collecting it, you still need to find the best way to each the door that will pop up. 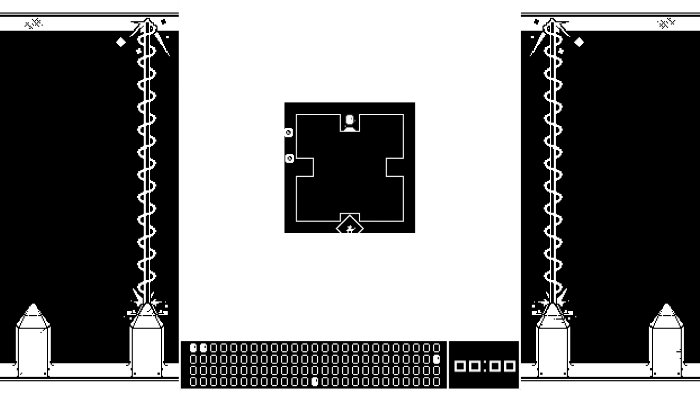 It’s definitely a challenging 2D action-platformer since, other than the first level in the game that is the one bit of a tutorial you will get to learn the basic gameplay mechanics, every level has a series of hazards that will get in your way. Along with the always classic spikes that will instantly kill you, there will also be devices that will shoot at you, as well as some sort of bomb thing that when shot will explode and send out bullets in many directions, not to mention the deadly lasers that will instantly zap! 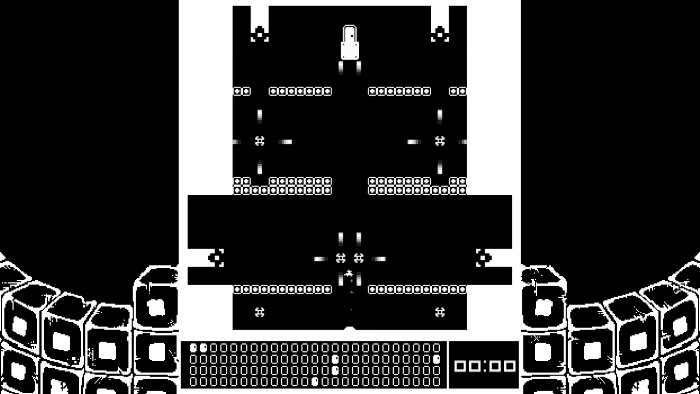 As for the trophies for Zero Zero Zero Zero, this one from Ratalaika Games has a full trophy list with a Platinum and is another cross-buy release that grants you the PS4 and PlayStation Vita versions of Zero Zero Zero Zero when you buy the other version, so you’ll get two potential Platinum trophies for one low price! Luckily there is no crazy trophy for completing all levels in Hardcore mode – which would be brutal. You only need to finish the one level in Hardcore mode, which can be done in five seconds since the first stage in the game has no enemies and no hazards to worry about. Other than that, you’ll have to complete 34 levels out of the 100 levels that Zero Zero Zero Zero has to offer, which, depending on your skill level, could take anywhere from 20 minutes to 2+ hours. 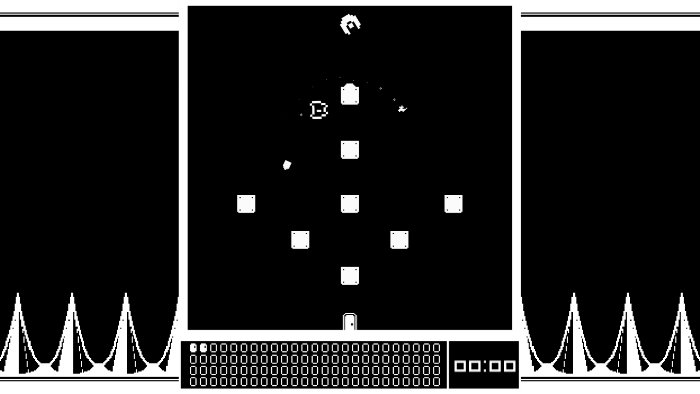 Zero Zero Zero Zero is a fun and challenging 2D platformer with 100 levels to complete. You’ll die in one hit – and will have to start from the first level if you’re playing in Hardcore mode and end up dying – so you probably won’t be completing all 100 levels in less than an hour the first time around. This being a cross-buy release means you’ll get both the PlayStation 4 and the PlayStation Vita versions of the game for only $4.99, and each game features a Platinum trophy for you to achieve, as has been the case for other releases from Ratalaika Games. 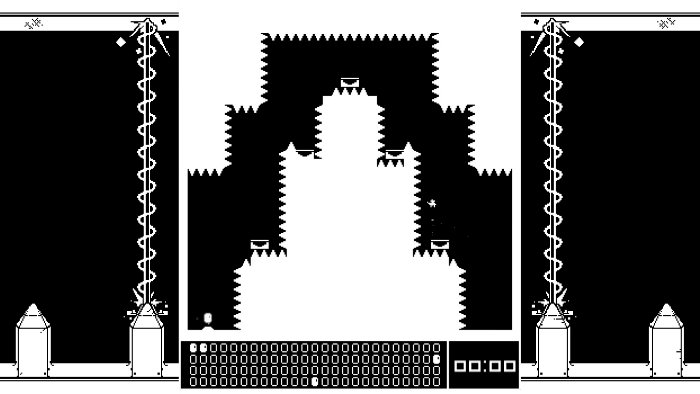 Voxelgram Out Next Week On Nintendo Switch

[Beyond PlayStation] Thief of Thieves: Season One Review