Red Bow from Stranga Games and Ratalaika Games is a new horror RPG on PS4 and PlayStation Vita. Learn more about it in our Red bow review!


This is a double review for Red Bow. Ceidz and EdEN played the game, and this review presents what they both had to say.

We’ve previously reviewed other releases from Stranga Games and Ratalaika Games under a similar structure, as is the case for My Big Sister and Just Ignore Them, and now it’s time to review their latest collaboration on PlayStation 4 and PlayStation Vita: Red Bow. This one is also a horror adventure RPG, and in it, we get to control a girl named Roh, who finds herself trapped in a nightmare world where monsters lurk around all over the place. 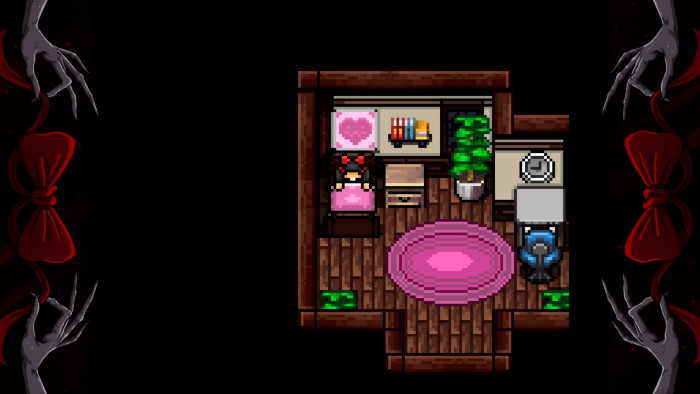 You’ll move Roh around with the left analog stick or the D-Pad, interacting with everything with the X button, and running by pressing and holding the Circle button as you move. Your inventory can be accessed with the Options button on the Dualshock 4 (or the Start button on the PlayStation Vita), which will also allow you to go into the menu from where you can save your progress, and that’s all you’ll have to worry about for this minimalist horror adventure. You’ll be searching for the items you’ll need to solve the puzzles you’ll find during this short experience. 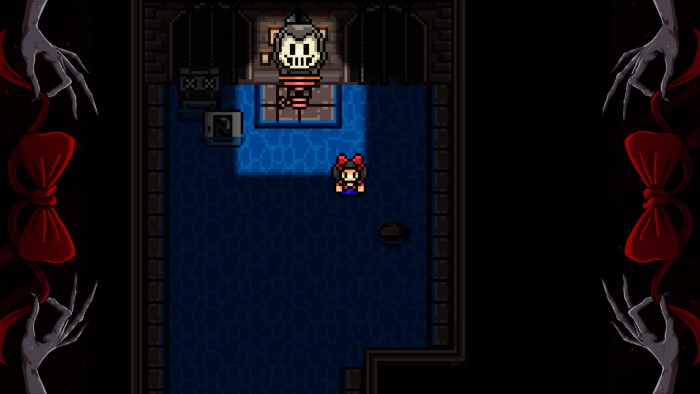 It’s within the first few minutes playing Red Bow that you’ll realize that Roh has somehow ended up trapped in a weird dimension for those that are neither living nor dead, some sort of purgatory where the lost end up. It is there that you will meet Kubi, who is seen as a monster due to its creepy face and elongated neck. Kubi says it wants to help Roh escape, which is a bit weird since it also says that it feeds off the souls of those that end up lost in this place. If it feeds from the souls of those lost in their journey, why doesn’t it end up eating Roh’s soul? You’ll have to play the game to find out! 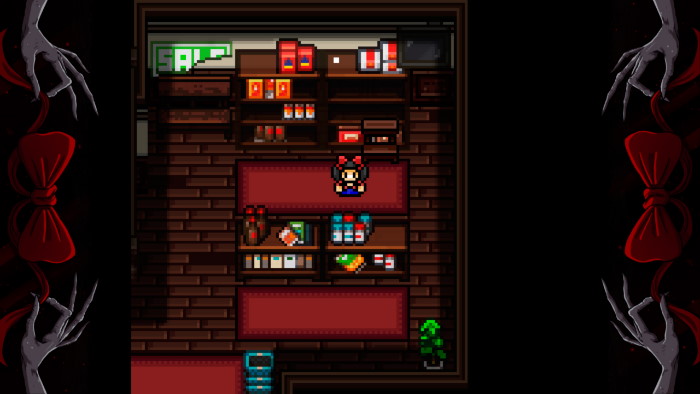 As EdEN has mentioned already, this is a horror adventure RPG, and it certainly reminded me right away of My Big Sister and Just Ignore Them since it’s from the same developer and the same publisher. It also shares a similar graphics style with those two games and is presented with an old-school 4:3 look, instead of a more modern 16:9 aspect ratio. Because of this, you’ll be looking at some creepy hands on each side of the screen, tying up a red bow – something that you can actually change from the options menu so that only black bars show on both sides. 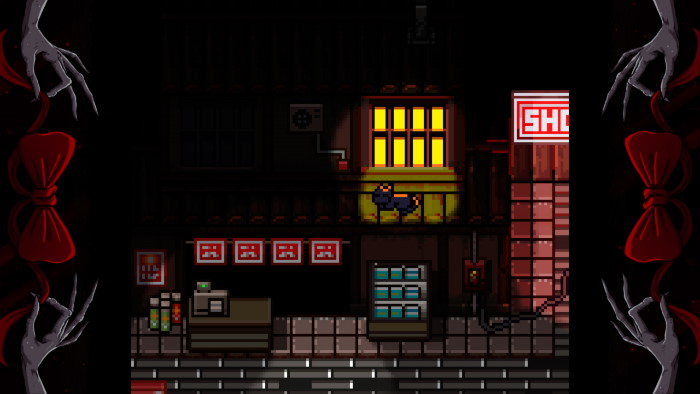 Controls are very simple, which makes it very easy to get going with your adventure with Red Bow, since controlling Roh and interacting with her inventory is not going to take a lot of effort. In fact, something I wanted to mention is that for this particular horror adventure, you won’t need to combine any items, which is a good thing for those of you who don’t like the added uncertainty of not knowing which item can be used with which item. And to make things even more streamlined, once you’ve used an item, if it won’t be used again, the game will discard it for you and let you know you won’t need it again. 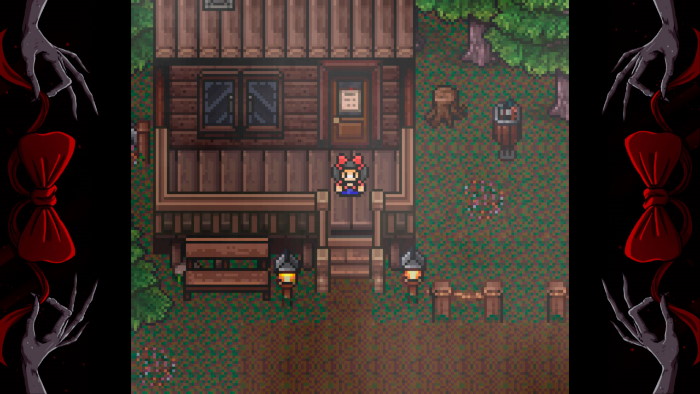 This one is published by Ratalaika Games, and as you know, this means that when they release a game, you usually get it as a cross-buy release with a PlayStation 4 and a PlayStation Vita version, and buying one will get you the other one at no extra cost. On top of this, Ratalaika Games also has separate trophy lists for each version (and for each region!), so for one low price, you can end up getting two new Platinum trophies for your collection. Since there are multiple endings and different ways for each of the game’s chapters to end, you’re going to need to play the game more than once. On top of this, if you want to speed up the process, you might want to check a trophy guide so that you maximize your speed. 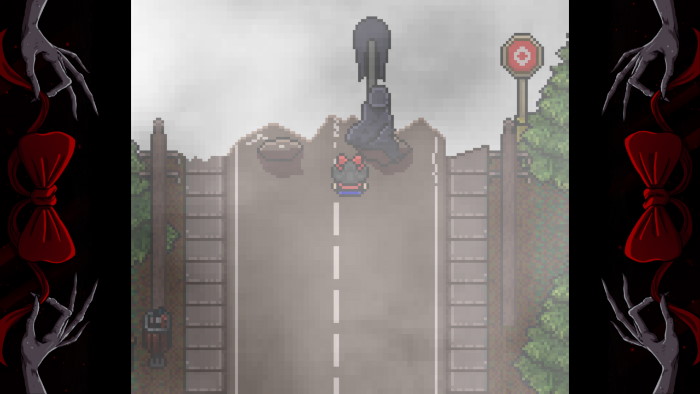 We liked what Red Bow had to offer since it presents an experience similar to My Big Sister and Just Ignore Them. Red Bow is a short game, but since it offers different potential ways of ending each chapter, as well as different endings to unlock at the end of the line, there’s some good replay value. It’s also available at a budget price, is a cross-buy release, and offers separate trophy lists with a Platinum for PS4 and another one for PS Vita. Are you ready for a lite horror adventure?

Disclaimer
This Red Bow review is based on PlayStation 4 and PlayStation Vita copies provided by Ratalaika Games.

Vitamin Connection Out Next Week